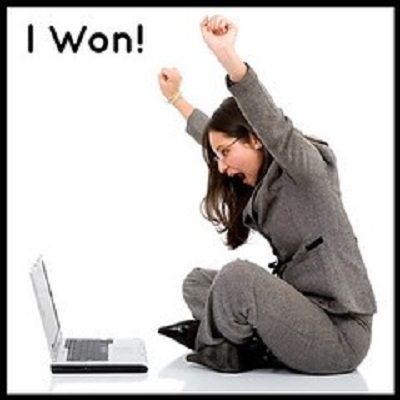 If his name were, say, Donald Trump, Jr., he would have been gutted, filleted, and fried by the mainstream media faster than you can say “what laptop?”

If his name were Alexi McCammond, he would likely no longer have a job at Teen Vogue. And if his name were Mimi Groves, he would have been kicked off the cheerleading squad at college with the help of the New York Times.

So what did Hunter Biden do this time, that he will get excused for by the left? It seems that his laptop, his poor, lonely, abandoned laptop, is just the gift that keeps on giving. Consider facts that we have gotten in just the last few weeks. We now know that Hunter was paying his baby mama’s health insurance during her pregnancy – and then kicked her off it once the baby was born. And this was BEFORE the paternity lawsuit. Classy guy, right? We now know that Joe DID meet with Hunter’s “business associates” – including one director at Burisma – over a nice little dinner in 2015, thanks to the revelations of the laptop. And this news has been so thoroughly suppressed that few people heard about it, until Glenn Kessler (yes, THAT fact-checker guy) wrote a piece about it that completely downplayed the details and signficance of that dinner, at one point even suggesting that it couldn’t have happened because it didn’t appear on Joe’s official schedule and everyone who Kessler asked denied it happened. The author of the original story, Miranda Devine, shoved the receipts in Kessler’s face this morning via Twitter, but yet again, another Hunter Biden bombshell – one that involved dear old Dad, aka “The Big Guy,” is getting no attention from the sycophantic press.

And yet everyone knows that Donald Trump, Jr. took a picture with Maria Butina, because that fit the “Russian collusion” narrative that the media were pushing for years. Try and talk about Hunter Biden? Watch your Twitter account get locked and your story held hostage by social media.

Now that Biden is safely in the White House – at least, until Kamala Harris or a set of stairs take him out – the media’s new tactic is to ignore, belittle, or dismiss any new information that might be interesting or important that comes from Hunter’s laptop. Thus Glenn Kessler can flippantly dismiss the story of Biden meeting up over dinner with Hunter and his special friends, because that’s his job now.

Yes, that would be Hunter Biden, not realizing that his laptop was conveniently also connected to his phone text messages (ah, the wonders of the Apple iOS messaging system), using the n-word just like cheerleader Mimi Groves. In her case, a very twisted former classmate would ruin her college life by holding the information and then spilling it THREE YEARS LATER, with the help of the New York Times. Where is the NYT’s oh-so-very principled stand on the use of the n-word – something which THEY MADE A REPORTER RESIGN FOR JUST THREE MONTHS AGO – demanding that Hunter Biden be cancelled for using a word that such leftist intellectuals like Touré called “a threat to my humanity.” Where is Touré’s demand for Hunter Biden’s head on a platter?

The story is not that Hunter Biden used a racial slur that gets other people cancelled. The story is that the flamingly hypocritical media will ignore it. And you know who knows that? Donald Trump, Jr.

Try to imagine one of the Trump kids dropping the n-word.

Real quote from Hunter: “n***a you better not be charging me Hennessy rates.” #RacistHunter https://t.co/JRA5FFqq0E

The Daily Mail wondered if these text messages would prove to be embarrassing for Joe. Well, they might be, if the media would actually pay attention to it. After all, the media is not allowed to remember that Joe called Hunter “the smartest guy I know.” But that is the entire point of the game right now. The media will not allow anything to embarrass Joe – not his verbal gaffes, not his creepy comments about little girls, and definitely not Hunter and his laptop ‘o fun.