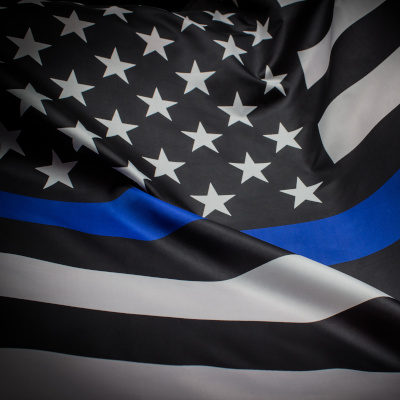 Next post
Hunter Biden: Burisma, And Bribery, And Human Trafficking 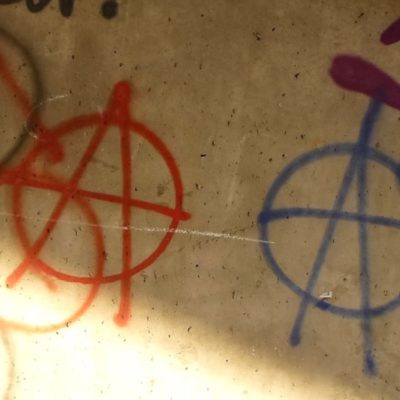 While Teen Vogue is trying to sell young women on “How to have a perfect night in” with $300 underwire polos and $200 shorts, the writers are lamenting about what a beautiful thing anarchy is.

While there is a grave threat embedded in this rhetoric, there’s also a grand irony because this summer in New York has felt like a chance to embody many of the principles of anarchism — the actual political philosophy, not the scary idea of it people like Trump use to target activists and frighten others. From pandemic-prompted mutual aid to a Black-led popular uprising against police brutality, this summer in the Big Apple has been a fruitful lesson in the principles of taking care of each other when the government fails us and of standing up to government-sponsored violence and terror.”-Lucy Diavolo

Diavolo continues to enlighten young, curious minds (and infuriate old cynical minds like mine) alike with more recent illustrations that the squalor and riots are all the fault of the Trump administration. William Barr is out to prosecute the poor, little protestors who spit in the faces of police officers during a “pandemic” and try to barricade them in burning buildings. Beneath the surface, though, is a deep desire of these superior human beings to those of and in support of Trump’s crackdown to be “better people”. To practice the actual philosophy of anarchy. Gag. You guessed it, more pretentious horse$hit. Don’t say I did not warn you. She quotes work written by famed anarchist theorist, Peter Kropotkin, entitled Mutual Aid: A Factor of Evolution.

The importance of this distinction will be easily appreciated by the student of animal psychology, and the more so by the student of human ethics. Love, sympathy and self-sacrifice certainly play an immense part in the progressive development of our moral feelings. But it is not love and not even sympathy upon which Society is based in mankind. It is the conscience — be it only at the stage of an instinct — of human solidarity. It is the unconscious recognition of the force that is borrowed by each man from the practice of mutual aid; of the close dependency of every one’s happiness upon the happiness of all; and of the sense of justice, or equity, which brings the individual to consider the rights of every other individual as equal to his own.”-Peter Kropotkin

Diavolo likens the food deliveries in her neighborhood of Bed-Stuy during COVID-19 lockdowns as an attempt at this solidarity. No sooner as she makes this comparison, she begins to glorify the protests in “anarchist jurisdiction” New York. In Portland. In Seattle. Such a beautiful Summer of Love they had with this human experiment. Free stuff. Allowing homeless to camp out. Chalk drawings and circle story time by day, shootings, looting, vandalism by night. All broken up by the perpetrators of systemic racism, the cops, the fuzz. Such a drag. This is the Americans crying out for anarchy, according to her.

Anarchism seeks the abolition of all government. The current movement is not anarchistic in that sense. It seeks to tear down the American system (Constitution and Bill of Rights) and replace with Communist government. Will you be one of the governed, the government or the dead?

Diavolo wants to show off her intellectual prowess with more literary works on anarchy, citing Emma Goldman, another great anarchist thinker. Lucy’s soooo smart, don’t you think? The smartest of the smartest brainiacs of the new revolution, comrades!

The world is at a loss for a way out,’ Goldman wrote. ‘Parliamentarism and democracy are on the decline. Salvation is being sought in Fascism and other forms of ‘strong’ government.’

Amid this tumult, Goldman wrote she viewed the state as ‘a term for the legislative and administrative machinery whereby certain business of the people is transacted, and badly so.’ She believed it functioned as a way ‘to give an appearance of legality and right to the wrong done by the few to the many,’ and operated with the ‘open, tacit, or assumed’ consent of the governed, though she argued this ‘alleged consent’ can be manufactured through educational indoctrination.’-Lucy Diavolo, Teen Vogue

Strong government? What exactly does Diavolo think of cities being locked down for months on end? Mayors of blue cities and governors of blue states have all but choked out working Americans and their families in favor of this “beautiful” thing she calls anarchy. In favor of rich, little white kids and overgrown babies who have nothing better to do on a Friday night than break other people’s stuff. Let them exercise their right to riot-ahem-protest. Want to talk educational indoctrination? Look no further than Exhibit A, the musings of Comrade Diavolo.

This is what Teen Vogue is churning out to the younger masses like radioactive waste into Lake Karachay. Poor kids don’t even know they’re bathing in a “special sickness“. Where is the anarchy and anger at Conde Nast CEO, Roger Lynch? Isn’t he part of the big, corporate machine with a big, cushy office and a fancy New York domicile to match? Oh, he’s the CEO and he’s proud of his editors speaking truth to power, or something.

Anarchy is beautiful, says Lucy Diavolo as she hammers away at her keyboard. In the most animalistic sense, humans want to be better and they illustrating by rioting and destroying what others have worked hard for that they need to be better like them. Love, sympathy and self-sacrifice. We’re evolving here. This animalistic behavior is for the greater good.

It’s unkind to animals to compare those that support anarchy to them. So much for animal rights. Get me off this planet.