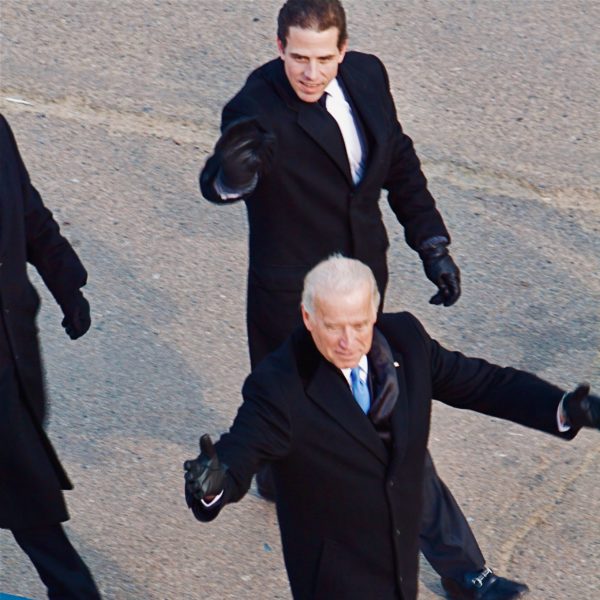 Bribery and Burisma, plus a whole host of other issues surrounded Hunter Biden during his Ukraine stint says a newly released investigative report from the U.S. Senate Committee on Homeland Security. The key findings are jaw-dropping.

But no one did anything. And Hunter raked in the cash. As did other Biden family members.

“Archer received $142,300 from Kenges Rakishev of Kazakhstan, purportedly for a car, the same day Vice President Joe Biden appeared with Ukrainian Prime Minister Arsemy Yasenyuk and addressed Ukrainian legislators in Kyiv regarding Russia’s actions in Crimea.
Hunter Biden received a $3.5 million wire transfer from Elena Baturina, the wife of the former mayor of Moscow.
Hunter Biden opened a bank account with Gongwen Dong to fund a $100,000 global spending spree with James Biden and Sara Biden.
Hunter Biden had business associations with Ye Jianming, Gongwen Dong, and other Chinese nationals linked to the Communist government and the People’s Liberation Army. Those associations resulted in millions of dollars in cash flow.”

That’s a lot of cash. And the China involvement should raise lots of red flags! In my opinion, as I read through this report, the fact that China is involved should be serious cause for concern to the United States as well as the Ukraine.

The committee has been working on this investigation since August 2019. As the report notes, the investigation was delayed due to multiple factors. Such as the impeachment hearings, Covid, and obstruction. Yes indeed. It seems that more than a few people didn’t want to cooperate with the investigation.

Elizabeth Zentos was co-host (with Eric Ciaramella) of Jan 19, 2016 meeting with Ukrainian prosecutors. She insolently refused to identify her superiors or her subordinates, either at NSC or State Dept. Insolence of bureaucracy to Republicans is quite astounding. pic.twitter.com/Xpx2RTo5zv

Perhaps it’s because they didn’t want to answer as to why no one raised the alarm on Hunter Biden ranking in $3.5 million from the wife of the former Moscow Mayor?

How about the fact that the State Department KNEW that the Burisma board and its chair were corrupt, but only two people tried to report their concerns?

““The message that I recall hearing back was that the vice president’s son Beau was dying of cancer and that there was no further bandwidth to deal with family-related issues at that time… That was the end of that conversation.””

In other words, nothing to see here. Move along. The thing is, there is a great deal to see here. We’ve written multiple times about Joe Biden’s Ukraine problem. As this report details, it isn’t only Hunter Biden, but Joe’s brother who benefitted from Hunter’s seat on the Burisma board and his dealings with Russia, corrupt Ukraine officials, and members of the Chinese Communist Party (CCP).

As this report dropped, you just knew the media would go to bat for the Biden family. And sure enough, the beat rolls on. According to the Washington Post, Hunter Biden may have been a problem, but nothing he did changed U.S. foreign policy. Uh huh, when State Department officials are told to ignore the Biden elephant in the room, THAT is a policy change! Politico is calling this “old news.” What the report also lays out is that the Kerry/Heinz family did indeed profit from Burisma and others during the same period of time.

Something else that is in the report that neither of those media outlets even mention. Human Trafficking.

“Records on file with the committee, the report says, “confirm that Hunter Biden sent thousands of dollars to individuals who have either: 1) been involved in transactions consistent with possible human trafficking; 2) an association with the adult entertainment industry; or 3) potential association with prostitution.”

The report continued, detailing that some transactions were Russian- and Ukrainian-linked to what “appears to be an Eastern European prostitution or human trafficking ring.””

Prostitution and human trafficking?! That’s not a minor problem here folks, this is MAJOR. We already knew about Hunter’s drug and strip club problems, but now adding payouts to folks with ties to human trafficking? WOW.

From the Executive Summary: "In addition to the over $4 million paid by Burisma for Hunter Biden’s and Archer’s board memberships, Hunter Biden, his family, and Archer received millions of dollars from foreign nationals with questionable backgrounds." https://t.co/ipzcEvGawT

The report clearly outlines that Hunter Biden dealt with some very shady people. Human trafficking is a world wide issue that has a horrendously awful impact upon thousands of lives. But right now, with this report, the media is working overtime to bury this information.

We all know that if the Trump family had one billionth of the problems laid out in Senate report on Biden corruption, media would be hysterical beyond belief. We all know that. https://t.co/z2xdaT8HZh

Joe Biden has a Ukraine problem and he needs to answer for it.