Next post
Justice For Harry Dunn And His Family 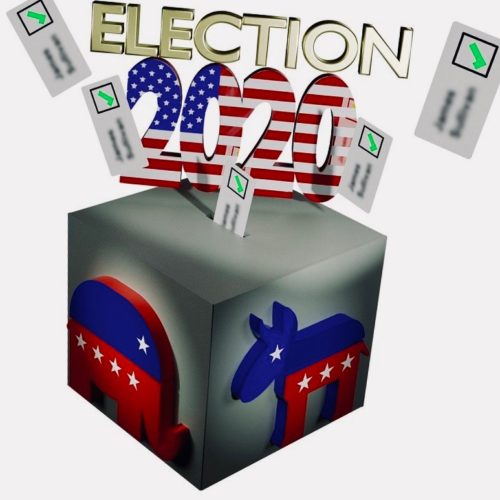 Elites are better equipped to choose our President says the Washington Post. It’s been clear to those of us living in reality that the WaPo is completely liberal and will do everything it can to get Democrats elected. This op-ed likely had the entire newsroom cheering.

Yes folks, that is the title of this “opinion” written by a professor of political science! Is it any wonder that so many college students are supremely ill-informed about our Constitution, the electoral process, and our Republic?

“The current process is clearly flawed, but what would be better? Finding an answer means thinking about the purpose of presidential nominations, and about how the existing system falls short. It will require swimming against the tide of how we’ve thought about nominations for decades — as a contest between everyday voters and elites, or as a smaller version of a general election. A better primary system would empower elites to bargain and make decisions, instructed by voters.”

I’d say she believes the current process is flawed because some guy named Trump is now sitting in the White House! Don’t forget that the WaPo started dropping the mask an inch at a time with this article right after President Trump’s inauguration.

Evidently because too many people voted for Trump, and currently not enough people are voting for the chosen Democrat candidate (who evidently shall not be Bernie), us deplorable everyday voters need schooling from the elites. She wants a preference primary.

“Preference primaries could allow voters to rank their choices among candidates, as well as to register opinions about their issue priorities — like an exit poll, but more formal and with all the voters. The results would be public but not binding; a way to inform elites about voter preferences.”

And then we’ll all sit back and trust that the chosen elites will listen to the voters wise council and make the appropriate choice? Horse shit.

If this is her idea of mending the current civil war the Democrats are embroiled in and righting the supposed wrong of Trump winning the election, she better go back to the drawing board with her crayons.

I believe her opinion is really about the traction Bernie Sanders has and by golly, he is the wrong kind of socialist who must not be allowed to win. Chris Matthews has a negative tingle up his leg about Bernie.

Matthews is right. Socialism doesn’t work. At. All.

Chris Matthews laying it down.

Socialism is an issue in this campaign.

He doesn’t like socialism and “it doesn’t frickin’ work!”

So, what does the Washington Post do? Rip the mask of with a grand gesture and declare that the elites MUST be the ones to choose our ruler!

Instead, let’s let Mike Bloomberg buy the election! Keep in mind, this is the same guy that said there is too much money in politics, and also had his media empire declare that zero opposition research would be done against Democrat candidates. With the inference being 24/7 negative articles against the Trump Administration are super OK.

Julie is just saying out loud what the WaPo and the Democrat party elites have been thinking and maneuvering towards for decades. Heck, Maxine Waters even dropped a truth bomb the other day.

Dem Rep. Maxine Waters complains that IA and NH are the first caucus and primary.

She says she thinks CA should "have more say" in Dem primary b/c of all the money rich people in Beverly Hills give Dems during “fancy parties” and big money fundraisers.pic.twitter.com/HKPB2PuUFW

Yes, that was painful to watch. But she said the quiet part really really loudly. Everyday voters are stupid, therefore rich people should pick the appropriate candidate. Which possibly means, exchanging Bernie’s type of socialism for Mike Bloomberg’s brand of socialism. It seems many Never Trumpers including Jen Rubin and Max Boot are completely fine with that.

In my opinion, Bloomberg is more dangerous than Bernie. Bloomberg truly wants the government to run our lives. Julie is essentially writing that the establishment elite know better than anyone else who the best candidate is to beat Trump. As Mollie Hemingway points out, the establishment is now going all in on Bloomberg.

Bloomberg’s $400 million ad buy and fancy food is AWESOME says the elites. Why? Because Bloomberg is checking all the right boxes on the issues the Democrats love. Climate change, gun control, healthcare, taxes, identity politics, and more.

“The establishment portion of the Democratic Party and their media masters are more than fine with the soulless exchange of a service for money. Bloomberg’s problematic views on China, race, civil liberties, Me Too, college tuition, taxing the poor, and myriad other issues are something the establishment is willing to ignore in exchange for the outside chance to beat Trump.”

Hence Julie’s op-ed that handily ripped the rest of the mask off. A preference primary must be considered because we everyday deplorable voters just don’t know how to choose the “right” kind of President.