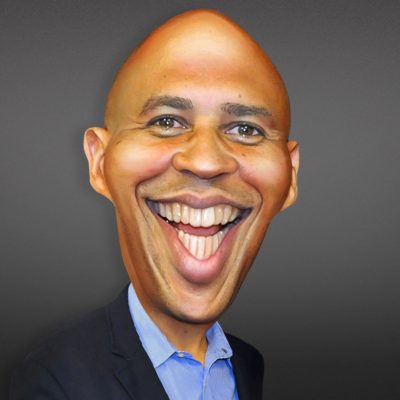 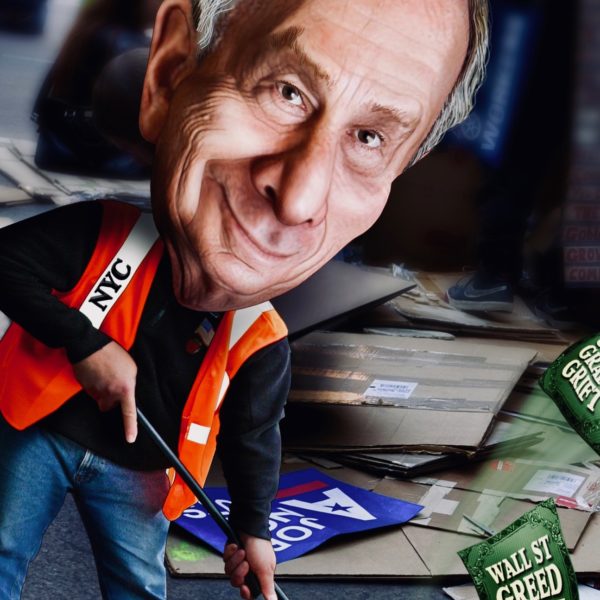 ““We will continue our tradition of not investigating Mike (and his family and foundation ) and we will extend the same policy to his rivals in the Democratic primaries. We cannot treat Mike’s democratic competitors differently from him,” Editor-in-Chief John Micklethwait said in the memo, which was confirmed by a spokesperson.”

He’s already getting blasted by Bernie Sanders for daring to spend $30 million on ad buys. Never mind that Bernie is doing the same thing. Yes, I know. That’s different!

His record as Mayor of New York is going to trip him up at every turn. Need a Big Gulp anyone? Never mind that, Bloomberg is sure and certain that his campaign will be just what is needed to ensure Trump loses once and for all.

““I believe my unique set of experiences in business, government and philanthropy will enable me to win and lead,” Bloomberg said in a statement on his redesigned campaign website. “As a candidate, I’ll rally a broad and diverse coalition of Americans to win. And as president, I have the skills to fix what is broken in our great nation. And there is a lot broken.””

Why yes, there is a lot broken. Chicago, San Francisco, Baltimore, and New York City are just a few areas in the country that are broken. All cities that are run by Democrats. Will Bloomberg address those issues?

Nahhh… he’d rather claim that Chinese Premier Xi Jingping is not a dictator!

I’m sure that the law enforcement organizations will be thrilled to throw their support behind Bloomberg. Oh wait…

In my view, Bloomberg is an even worse Dem candidate than Steyer. They're both billionaires, but the former actually has a political record we can assess, and it's a record I'd think (and hope) most Dem voters would find unpalatable going into 2020. Again, #DropOutMike

Yes, his track record is very problematic and he should rightly be held to account for it. Those who want our Second Amendment rights protected will have to go up against his Everytown and Moms Demand groups that he funds. Yet will Bloomberg News write up anything that might resemble a counter opinion to his hatred of 2A? Nope.

Let’s go back to this amazingly unbiased statement from Bloomberg Opinion. I refuse to purchase a subscription, thus the tweet below.

Micklethwait claims that covering the Presidential campaign with Bloomberg as a candidate won’t be easy. Why? Because it will be hard to write about themselves when they’ve built a reputation for independence.

How independent and unbiased is it to be told that the ENTIRE editorial board of Bloomberg is stepping down. No, they didn’t get fired. Instead they are going to work on Bloomberg’s campaign!

I’m sure that Lizzie is breathing a sigh of relief that Bloomberg at least won’t ever dig into her Indian claims, the ‘I was fired for being pregnant,’ or the private school for her kids kerfuffle. Bernie is probably happy that no one will investigate his trips to the Soviet Union or his wife’s causing a university to fail. Kamala is likely doing a happy dance as are the rest of the candidates.

Seriously, to have a news organization brazenly announce that they will not investigate the claims, campaign stances, or background of the Democrat slate of candidates is… one for the books.

They won’t be running op-eds on the election. In other words, they are going radio silent lest an opinion is offered that doesn’t fit the narrative.

A news organization has just loudly and proudly claimed media bias. By doing so they are essentially telling everyone that they have eschewed journalism completely. They are showing that their journalism has limits and those limits are dictated by Mike Bloomberg.

This tweet thread regarding some history of the Occupy Wall Street mess and how Bloomberg operates is a must read.

Do you all want to see a personal story about how Michael Bloomberg's political/philanthropic giving exerts influence over liberal Democratic institutions?

Due to the fact that Mike Bloomberg writes their paychecks, a media organization has thrown all objectivity out the window.

Of course, they will most certainly continue to investigate anything and everything to do with Trump. Orange Man Bad! don’t you know. Should Bloomberg become the Democrat nominee, they will “reevaluate” their current stance.

Media bias is alive and well in Bloomberg land. Ain’t it grand??