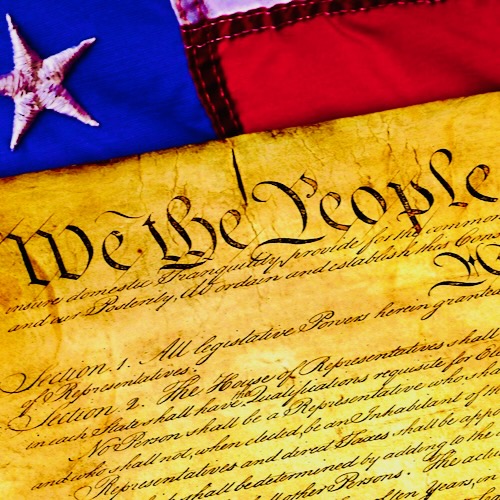 Does Donald Trump WANT to lose the next election? Evidently so if calling for the Constitution to be terminated is how he responds to just the first tranche of Twitter files that dropped last night.

As both Deanna and I wrote last night and this morning, the information in the files was yet it wasn’t a surprise to many. Everyone paying attention knew that Twitter actively throttled the Hunter Biden story, with Facebook jumping on board as well. The labels slapped on posts or tweets made that very clear.

The 2020 Election was a problem in so very many ways. It’s a problem that, instead of going back and rehashing the issue, ALL Republicans should’ve moved forward with ideas, methods, and means of fixing the issues and solving the election integrity problems. Those who did, won the 2022 midterms.

Now, with this Twitter files dump, former President and now candidate Donald Trump jumped back into the fray.

So, with the revelation of MASSIVE & WIDESPREAD FRAUD & DECEPTION in working closely with Big Tech Companies, the DNC, & the Democrat Party, do you throw the Presidential Election Results of 2020 OUT and declare the RIGHTFUL WINNER, or do you have a NEW ELECTION? A Massive Fraud of this type and magnitude allows for the termination of all rules, regulations, and articles, even those found in the Constitution. Our great “Founders” did not want, and would not condone, False & Fraudulent Elections!

Quite honestly, this is the absolute worst thing he could’ve posted about. During his 2016 campaign and beyond, Trump was one to talk about and work to keep our Constitution intact. But NOW, with this latest about Twitter actively throttling information at the behest of the Biden campaign and DNC operatives, he lashes out and wants the Constitution dumped so he can dictatorially be President again?

This is NOT how this works. Period. Full. Stop. Is there NO ONE in his inner circle who has the brass balls enough to tell him to put a freaking sock in it?

There are serious political, legal and Constitutionally ethical problems here. HotAir’s David Strom did well to lay some of that out.

I don’t see how Trump doesn’t lose even more support after this outburst. For those of us who are political geeks the temptation is to scream “this is it!,” but I doubt that is exactly true. Most people are not process oriented. They support Trump because they were better off under his leadership than Biden’s. They think he is on their side, and the other side is terrible.

Trump’s assertion that our Founding Fathers wouldn’t want elections to be conducted the way that have in recent years is correct on it’s face. HOWEVER, the reason the BIG REASON we have our Constitutional Republic is precisely BECAUSE of a British King who wielded power as a whip. So, no Donald Trump, our Founding Fathers absolutely would not advocate for kicking the Constitution to the curb over information from the Twitter files.

Furthermore, the more Donald Trump yells about this, the more of a sore loser he looks to be. We need a President who can handle wins AND failures with equal grace. We need a President who will take the high road while working to find solutions to the issues that this country faces. Yes, election integrity is one of those, but so is our Economy, Foreign Policy, National Security, Education, the Border, and the cultural madness the left is trying to drag us into.

Oh sure, the media has been working since late yesterday afternoon to figure out the spins on this.

The posts on Twitter’s response to the Hunter Biden story do not show evidence of a widespread conspiracy to limit the content but some chaos, confusion and disagreement among Twitter employees about the platform’s reasoning for censoring it.

Uh no, when you read the entire thread, it’s pretty obvious that people such as Vijaya Gadde were actively engaged in discussing how to protect Joe and keep the Hunter Biden story as quiet as they could.

…The successful effort to bury the Hunter Biden scandal before the election might have had an impact. It was raw censorship carried out at the behest of Biden and Democratic officials…https://t.co/SCBqW0MPrK

As Turley points out here, even censorship by surrogate is still censorship.

At the time, Twitter’s Dorsey and other tech CEOs were about to appear at a House hearing to discuss “misinformation” on social media and their “content modification” policies. I had just testified on private censorship in circumventing the First Amendment as a type of censorship by surrogate. Dorsey and the other CEOs were asked about my warning of a “‘little brother’ problem, a problem which private entities do for the government that which it cannot legally do for itself.” In response, Dorsey insisted that “we don’t have a censoring department.”

So, yes. The Twitter files have pulled back the curtain and verified what many of us already knew. However, I will vehemently disagree with Donald Trump on this. Ripping our Constitution to shreds because of this is 1000% NOT THE WAY.

Donald Trump needs to remember and UPHOLD his oath of office.