Next post
Devotion: The Medal of Honor Movie You Didn't Know You Needed to See 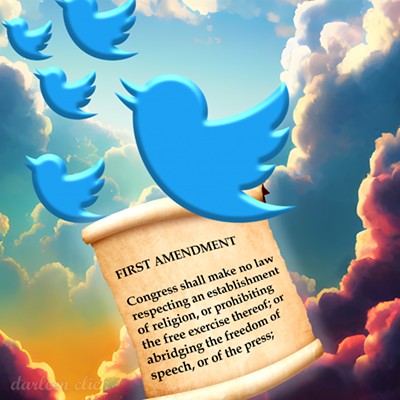 Dems were actively engaged in encouraging Twitter to suppress voices and news they didn’t like. According to them, the First Amendment isn’t absolute.

There are lots of revelations coming out from Elon Musk releasing key Twitter files surrounding the suppression of the Hunter Biden laptop story. Deanna wrote about Gaddes and Roth, which is jaw-dropping on its own.

Now through additional tweets on the subject, we see that most Democrats truly believe that the First Amendment can be bent to their will if it furthers their narrative. What mattered to them was dragging basement-hiding Joe Biden over the finish line in November and any news item about Hunter Biden was a problem. Then, suddenly, the laptop showed up. And, the Democrats circled the wagons.

The very same Democrats who always screamed that Twitter is a company so they can do what they want regarding speech and censorship, actively asked Twitter to censor the Hunter Biden story. They didn’t want the info out there as they knew it could hurt the campaign. How to make this go away? Pretend this was a hacked laptop, thus all info from that laptop must be viewed as suspect.

One staffer, Trenton Kennedy, allegedly wrote: ‘I’m struggling to understand the policy basis for marking this as unsafe.’

‘I think the best explainability argument for this externally would be that we’re waiting to understand if this story is the result of hacked materials. We’ll face hard questions on this if we don’t have some kind of solid reasoning for marking the link unsafe.’

Another, Katie Rosborough, shot back with a link to a Fox News article about Hunter’s laptop, asking: ‘will we also mark similar stories as unsafe?’

The internal discussions showed that despite admitting ‘the facts remain unclear’, Twitter decided on ‘preventing this content from being amplified.’

One staffer, Ian Plunkett, wrote that the site should be ‘cautiously interpreting this through the lens of our hacked materials policy and allowing the link with a warning and a significant reduction of spread.’

Even senior executives were questioning the veracity of the claims the laptop material was hacked.

Former VP of global communications Brandon Borrman, wrote: ‘To Ian’s point, can we truthfully claim that this is part of the policy? i.e. As part of our approach to addressing potentially hacked materials, we are limiting visibility of related stories on Twitter while our investigation is ongoing.’

Here’s where the First Amendment issues come into play. First, a major news organization, the New York Post, broke the story. It was a story that makes the entire Biden family look bad, so all the Democrats picked up the phone and started calling in favors to their pals at Twitter. The NY Post was throttled on Twitter, and then this happened.

19. White House spokeswoman Kaleigh McEnany was locked out of her account for tweeting about the story, prompting a furious letter from Trump campaign staffer Mike Hahn, who seethed: “At least pretend to care for the next 20 days.” pic.twitter.com/CcXTfsdzCT

The First Amendment is terrific for Democrats when it fits their political narrative. The Hunter Biden story didn’t, so the Democrats ran to Twitter and other social media and had them muzzle the story, and lock the New York Post out of Twitter for two weeks.

Which led to one Democrat asking questions. Questions that we ALL were asking while Twitter blew us off.

32.Khanna tries to reroute the conversation to the First Amendment, mention of which is generally hard to find in the files: pic.twitter.com/Tq6l7VMuQL

There is indeed a story to be told about this. It is about people at Twitter plus the Democrats actively engaging in suppressing a story that doesn’t fit their narrative. A story that would harm them politically just 20 days before the election in 2020.

It wasn’t just the Hunter Biden story. When famous people or politically connected people tweeted out something the Twitter twits didn’t like, they were either censored or banned.

.@RealJamesWoods reacts to news that his Twitter was targeted by DNC: "I literally just walked in the door. I was at the firing range, believe it or not. Which I guess now that I don't have any First Amendment rights, I'm glad that I still have some Second Amendment rights." pic.twitter.com/nsZquyjzzS

James Woods should know. He’s been kicked off Twitter multiple times for tweeting stuff the Democrats hate. The Democrats firmly believe that the First Amendment should be bent to their whims when it suits them. And with the Hunter Biden story, they REALLY wanted info suppressed.

As Musk himself notes in response to all this information he dropped, there’s an underlying issue to the First Amendment rights we all have.

It wasn’t just the Hunter Biden laptop that Democrats weaponized and subverted our free speech. Oh no. It was much deeper and more invasive than that. Remember this story from Time Magazine? The one where Democrats and social media admit they fortified the election??

This latest news regarding the Hunter Biden laptop suppression and infringements on our free speech comes as no surprise. Rather, it’s a validation of what we already surmised. The Democrats will go all in to protect their favored people and most especially their political narrative.

Freedom of Speech and all our other Constitutional rights? To hell with that as long as the Democrats get what they want.