Previous post
TikTok Is Destroying the U.S. and US 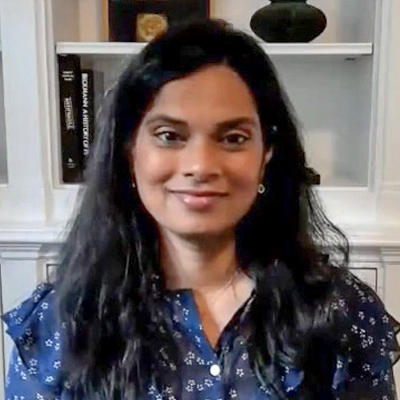 If you were like me — and a host of other conservatives — you were following Matt Taibbi’s Twitter thread as he revealed the shenanigans at the social media site. The name of Vijaya Gadde frequently came up, and perhaps you wondered, Who the heck is Vijaya Gadde?

In short, she was Twitter’s lead attorney and one of its top executives. She was also one of the key players in the decision to censor the Hunter Biden laptop story. But that’s not all — Gadde has been a longtime censor of conservative voices, leading journalist Saager Enjeti to dub her the site’s “top censorship advocate.” Plus, as the head of Twitter’s “Legal, Policy and Trust & Safety” department, she led the ban on Donald Trump’s account.

But it’s all good, she said. She defended Twitter’s censorship in an interview with podcasters Tim Pool and Joe Rogan in 2019. We’re just keeping people safe, Gadde insisted, doing her best to gaslight the hosts.

Vijaya Gadde, the top censorship advocate at Twitter who famously gaslit the world on Joe Rogan's podcast and censored the Hunter Biden laptop story, is very upset about the @elonmusk takeover pic.twitter.com/WCYmzNEMNt

Then, late in October, after finally taking over the company, Elon Musk fired her, cutting her loose from her $17 million salary.

The Hypocrisy of Vijaya Gadde

Gadde merrily led the charge on Twitter’s censoring of political conservatives. She was instrumental in throwing a president off its platform. Most egregiously, however, she worked to ban the bombshell Hunter Biden laptop, calling it “unsafe,” a practice typically used in child pornography cases.

However, the “Legal Policy, Trust, and Safety” team — headed by Gadde — refused to take down the videos. They didn’t violate policies, the company insisted:

“Thanks for reaching out. We’ve reviewed the content, and didn’t find a violation of our policies, so no action will be taken at this time.”

Even a professor at UC Berkeley wondered what the hell? Professor at the School of Information Hany Farid said:

“It’s child sexual abuse material. He was 13 years old and being extorted. What the hell is Twitter doing?”

Remember that this occurred during the tenure of Vijaya Gadde, the same woman who kept Twitter users from reading the revelations from the Hunter Biden laptop as set out in the New York Post. What a hypocrite.

So Should She Go to Prison?

For suppressing the rights of Americans to express speech on a public platform? Along with Jack Dorsey, then-head of Twitter? 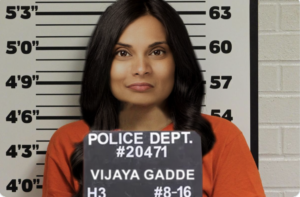 I’m not an attorney, so I don’t know the legalities of such things. But in a just world, people like Vijaya Gadde, Jack Dorsey, and those responsible should pay.

She should at least lose her law license, as attorney William Perry Pendley tweeted:

“Vijaya Gadde, admitted in California & New York, should be disbarred. “[A] lawyer should further the public’s [] confidence in the rule of law and the justice system because legal institutions in a constitutional democracy depend on popular participation and support….”

Vijaya Gadde, admitted in California & New York, should be disbarred. "[A] lawyer should further the public's [] confidence in the rule of law and the justice system because legal institutions in a constitutional democracy depend on popular participation and support…." https://t.co/MaFzBPpbFd

Yeah, she said that. “The 1A doesn’t apply, we are changing the scales and trying to amplify content that comes from ‘credible sources.'”

Elon Musk has teased that he will be releasing more damning Twitter files. Stay tuned, and keep the popcorn warm.