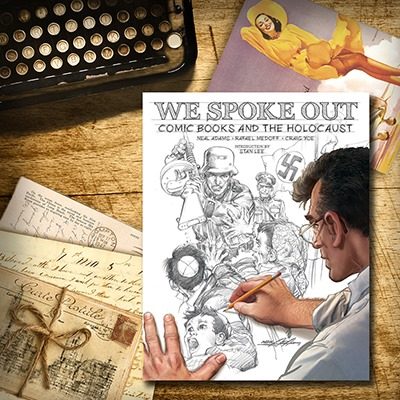 Previous post
From The VG Bookshelf: We Spoke Out

Bring on the disaster show that is the Democrat primary plus one Hillary Clinton! After the revelation of Hillary’s comments absolutely slapping Bernie Sanders around, Tulsi Gabbard decided to add to the fun by suing Hillary for defamation.

And I say – bring me more popcorn!

During an October 2019 interview with the podcast Campaign HQ With David Plouffe, Clinton suggested the 2020 presidential candidate was “the favorite of the Russians” and “a Russian asset.” Gabbard insists these statements have no grounds in reality, and that Clinton knew or should have known this at the time.”

Gabbard’s complaint states in no uncertain terms that “Tulsi is not a Russian asset,” and that neither Russia nor anyone else “controls her or her presidential campaign.” To the contrary, it plays up her history of public service, from her time in the Army National Guard to her four terms as a U.S. congresswoman.”

Citing her roles on House committees and in the military, the complaint points out that Gabbard “has never had her security clearances challenged or revoked,” and claims that Clinton was aware that if Gabbard was really a Russian asset, she would not have been able to serve in these positions which provide her “access to highly sensitive and classified information.”

And Tulsi Gabbard drew blood immediately with a brutal slap on Hillary in the opening pages of her defamation suit.

“Tulsi Gabbard is running for President of the United States, a position Clinton has long coveted, but has not been able to attain.” https://t.co/Y1oTOzT9WU

The entirety of the lawsuit can be read here. Now, this lawsuit likely goes nowhere, but Tulsi Gabbard strikes me as the type to carry a grudge. My guess is that she will take this defamation suit as far as the courts let her. After all, she isn’t running for reelection to her Congressional seat, so she has nothing left to lose and $50 million to potentially gain. Plus, this gets her name back in the news, as she joins the voices of other candidates and Democrat operatives who are expressing their shock at Hillary’s Bernie comments. Please, people, this is Hillary Clinton we are talking about! When it comes to the 2016 election, there is always someone else besides herself to blame for losing! Why is anyone surprised that Hillary is now targeting Bernie, by name, right now?

"This isn't high school." In interview with @WMUR9 @TulsiGabbard reacts to @HillaryClinton's "nobody likes him" dig vs. @BernieSanders #FITN #nhpolitics via @AdamSextonWMUR pic.twitter.com/aKm0XaQiAd

Tulsi Gabbard is an interesting character, but let’s not forget that she endorsed Bernie Sanders during the 2016 primary – and resigned from her position as DNC vice chairwoman to do so. (And Bernie stuck up for Tulsi when Hillary made her “Russian asset” claims. No wonder there has been some wishcasting of having Tulsi as Bernie’s vice-presidential pick, should he win the nomination.) You think Hillary Clinton has forgotten that? She is a master at carrying a grudge – something she and Tulsi have in common. What’s hilarious now is Hillary’s “walkback” of her Bernie comments, starting with this excuse on Twitter.

I thought everyone wanted my authentic, unvarnished views!

But to be serious, the number one priority for our country and world is retiring Trump, and, as I always have, I will do whatever I can to support our nominee.

The comedy involved here is making me hyperventilate with laughter. Watching Hillary act bewildered and innocent after clocking Bernie is legitimately hysterical, and now Tulsi has taken aim at Hillary right where it hurts – in the checkbook. Let them fight, and bring more popcorn.