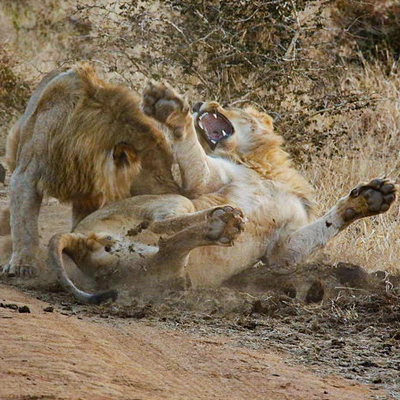 Perhaps the hour was so late that everyone was getting irritable and combative. But after the midnight hour, Chief Justice John Roberts finally had it up to his eyeballs with impeachment histrionics. So he dropped the hammer on Rep. Jerry Nadler (Team Impeach) and White House Counsel Pat Cipollone.

I think Roberts was just trying to be fair to both sides, so he addressed both warring camps.

“I think it is appropriate at this point for me to admonish both the House managers and president’s counsel in equal terms to remember that they are addressing the world’s greatest deliberative body. Those addressing the Senate should remember where they are.”

Do you think either side will heed the words of John Roberts? Not for a moment.

Eric Felten at RealClearPolitics analyzed how the Democrats loaded even the written House Impeachment brief with manipulative language. They included words like “debunked,” “discredited,” and “baseless,” while “conspiracy” was used a whopping 56 times. Since the House managers can’t really prove anything, they repeat these emotive words over and over, hoping they can suck in a gullible GOP senator. It’s Propaganda 101.

After the release of the impeachment brief on Saturday, the Democrats took their propaganda game to the Senate floor on Tuesday, the opening day of the series. Tuesday’s brouhaha centered on getting former National Security Advisor John Bolton to testify before the Senate. The Dems are hoping Bolton will provide them the rope with which they can hang Trump’s presidency, especially because there’s no love lost between Trump and Bolton. In fact, while the hearings were taking place, Bolton met with the parents of Otto Warmbier, the student whose death came at the hands of the North Korea regime. Basically it was a dig at Trump’s attempts to negotiate with Kim Jong-un.

Great meeting today with Cindy and Fred Warmbier. Sadly, they know better than anyone of the brutality and dishonesty of the Kim Jung Un regime. pic.twitter.com/nCUjto8RVU

So Rep. Nadler taunted the GOP senators by asking them if they want to be “complicit” in a “cover-up” by not allowing Bolton to testify.

“Will you bring ambassador Bolton here? Will you permit us to present you with the entire evidence of the president’s misconduct? Or will you instead choose to be complicit in the president’s cover-up?”

“They don’t tell you that they didn’t bother to call Mr. Bolton themselves. They didn’t subpoena him.”

“So for them to come here now and demand that before we even start the arguments, that they ask you to do something that they refused to do for themselves, and then accuse you of a cover-up when you don’t do it — it’s ridiculous. Talk about out of control government.”

Then, towards the end of the long, 13-hour impeachment spectacle, Nadler began provoking Trump’s counsel by insinuating that they’re liars. I’m surprised he didn’t follow up with “pants on fire.”

Cipollone shot back at Nadler:

Finally John Roberts had enough. He admonished both Team Impeach and Team Trump.

So should the GOP Senate call Bolton to testify in order to keep peace between the tribes?

Chief Justice John Roberts may have tried to add some decorum to the impeachment proceedings, but with the Democrats’ insistence upon making this impeachment a circus, I wouldn’t hold out hope for civility on the Senate floor. Especially since the Democratic side is already full of clowns.