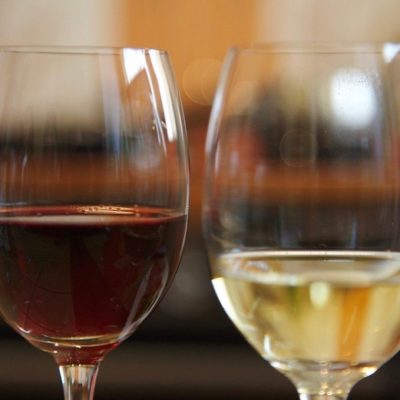 The story of the suburban woman stumping for Biden is a narrative that is driving many women in this upcoming election. The story goes something like this: “Trump is a brash, loud, buffoon who screwed up the response on COVID-19 and we simply cannot vote him in for a second term. We regret voting for him in 2016”.

Our very own Victory Girl, Toni, mused on this a few days ago, citing a Vanity Fair article, written by a suburban Trump-hater, Bess Nevin. As Vanity Fair steps aside, in waltzes The Atlantic with their latest, “Revenge Of The Wine Moms”, a tale of suburban women and activism. Yes, here we go again.

To say that Susan Polakoff Shaw is a delight is to say nothing particularly controversial. The 61-year-old Ohioan’s charm is an objective fact, like snow being cold or a square having four equal sides. She laughs loudly and swears often. Her strawberry-blond curls are piled on the top of her head, like Ms. Frizzle, and she wears jean jackets, chunky jewelry, and blue plastic-framed glasses, like the kooky aunt you wish you had. She is also, importantly, a woman of action—’a mover and a shaker'”.-Elaine Godfrey, The Atlantic

Thus is Polokoff-Shaw a “mover and a shaker”? She revitalized the Democratic movement in her suburb in Cleveland, Ohio. She spawned the Grass Roots Resitance (GRR), a group of women who are uniting together to get Trump out and put Joe Biden in. Why? Because regret. Because they felt they weren’t doing much before 2016 and Trump’s election hit them like a ton of bricks. I mean, they were good little Democrat wine moms, voting in general elections and writing checks to NARAL and Planned Parenthood (direct quote). Then, along came the bombastic, Orange Man and they sat, befuddled. Drowning themselves in Proseco, and after screaming at the sky, starting “whites-only” book clubs in their suburban towns that they moved to, from bigger cities, because they did not appreciate the higher taxes and policies other Democrats were imposing on them.

Nobody’s coming to save us. We have to save ourselves.”-Heather Tuck-Macalla, GRR Member

By voting for Joe Biden and Kamala Harris? Sure thing.

Some on the political left have dismissed these women, many of them white, as ‘wine moms’ or ‘MSNBC moms’—silly, unprincipled newcomers to the political scene who are more interested in watching Rachel Maddow with a glass of pinot in hand than agitating for systemic change.-Elaine Godfrey, The Atlantic

I would argue that these suburban women are stereotyped to a degree. I’m sitting here and judging and stereotyping them now. And yes, Trump and his camp are concerned by the rise in suburban women who simply cannot stand another term of his administration.

Movements like GRR can be seen as a force to be reckoned with but I would argue that there is a stronger force at play here. This past weekend, masked up whilst walking into a convenience store (because we live in Jay Inslee’s state), there was a women who entered without a mask. The female clerk asked her where her mask was and the woman simply said, “I have a hard time breathing”. Female clerk started going off on MAGA-hat wearers and their anti-mask schpeels. To which, my husband and I just said, “Not all wear the hat. And we don’t have to agree.’

If you peruse The Atlantic article and the photos of these women, one could make the generalization that most of them are either retired, semi-retired or have made their money. They are the epitome of the white, middle-America they accuse Trump voters of being. They are not the picture of diversity here. It’s easy for them to stand on a corner with signs that say vote for “empathy” and “compassion”. After all, Trump has no time for this. But Biden does? He can’t even answer a few questions before his big debate tonight! Kamala is following suit. Yet they’re going to be here for this country should they be elected in a few weeks?

It floors me to see these suburban women who think the Biden-Harris ticket is the answer. But they claim to be the Resistance. Resisting Trump because of his boorish behavior, because he said “grab ’em by the pu$$y” way back when (which prompted the pink hat knitting circle) while the old coot they stump for kisses children inappropriately? Vote for decency, they say. Resisting Trump because he has $400-million in debt, as pointed out by Today Show darling, Savannah Guthrie, while their “kinder, gentler” candidate’s questionable business dealings go largely ignored by Guthrie and her hacks? Resisting Trump in favor of an individual who wants a “safer” America, who also accused the President of xenophobia when he closed off travel to and from China because of a deadly pandemic?

Resist away, suburban mini-van gals. But look out for the rest of us who have had a sobering look at America and what the Democrats actually stand for over the past few years. They have all made it abundantly clear. Keep “moving and shakin'”, ladies. We’ll drink the gritty, red Cab with great legs while you garden in your suburban utopia, removed from the squalor and rioting in the urban areas, over that glass of Chardonnay before your 3:00pm book study on White Fragility, drunkenly believing in the lies you have been sold.