Next post
AOC Knows Her Target Demographic Is Kids 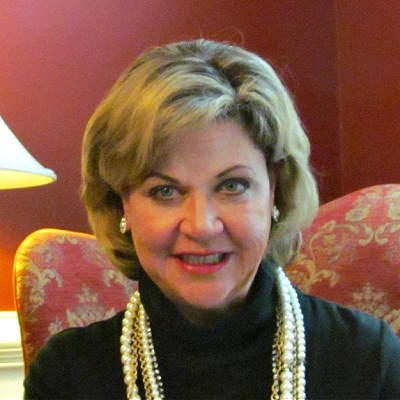 Such a stramash! Vanity Fair magazine has an article where several suburban women express their regret for voting to elect Donald Trump as President and vowing not to repeat that mistake. Well, this suburban white woman doesn’t regret that vote and will crawl through broken glass, covered in six inches of snow for ten miles to vote for Trump again. Let’s take a gander at the article.

This article was written by Bess Levin. Never heard of her, so I scrolled through Twitter, then I took a shower, lol. Miss Levin is not a fan of President Trump.

Imagine watching this 4 years ago and being told it wasn’t a parody https://t.co/1wIurFmWdd

Clearly, Miss Levin is a partisan hack, lacking a sense of humor.

If you’ve had the unfortunate opportunity to watch one of Donald Trump’s rallies of late, you’ve probably noticed a strange, recurring bit in which he begs suburban women to like him. “Suburban women, will you please like me,” he asked the crowd in Pennsylvania last week. “Suburban women,” he said in Georgia on Friday, “I heard they like my policy, but they don’t like my personality. I said, ‘They don’t care about my personality, they want to be safe.’” “I saved your suburbs,” he lectured women in Michigan over the weekend. “Women—suburban women, you’re supposed to love Trump.”

Let’s go to the video:

I watch all of the Trump rallies. I watched a Biden one. One because, since he calls frequent lids, there are not very many. And, the one I did see, at the drive-in with a few cars honking approval, was disconcerting.

And, I get the Trump/Suburban Women disconnect. Trump is brash, rude, crude, and often, socially unacceptable. Many, many of our Presidents have been vulgar or crude, including Abraham Lincoln and John F. Kennedy. Their faux pas have been airbrushed by fawning historians. I hope that Trump never gets that treatment. It would benefit all of the world to show him warts and all.

Here are a few of the apologies from the article:

Wisconsinite Claudia Luckenbach-Boman told The Guardian in July, adding that to vote for him again in 2020 would mean she was not just “a failure as an American, but also a failure as a human being.” In August, Erin Rosiello, of Ohio, told Insider she “made a horrible mistake” voting for Trump. In an Associated Press story published on Monday, a Michigan woman who voted for Trump in 2016 now says she describes him as “a terrible person.” And just to put a finer point on the situation in Pennsylvania, which could make or break Trump’s chances at a second term, here’s what another woman hailing from the Keystone State told The Guardian over the summer: “I just want to apologize to the world. I feel so guilty for having a part in voting this moron in.”

Oh listen, you bunch of pearl clutching, blue noses, who did you think you were voting for last time? Donald Trump has been in the public eye since the 1980’s. He yam, what he yam. Do you think Hillary Clinton would have handled the economy, the military, or the Wuhan Lung Rot better? Really? It is to laugh. Do you really think that Conservative ideas would have had a voice under President Clinton? Trump may not be a Conservative. He may be a Populist. He may be a Libertarian. I don’t give a fig. I know he is pro-Life. I know that he has gotten rid of regulations and freed the economy for small businesses. I know that he has pricked the bubbles of the self-important, oleaginous cretins, like Nancy Pelosi and Chuck Schumer and that makes me happy. Divisive? No. The Democrats and their media wing have divided us.