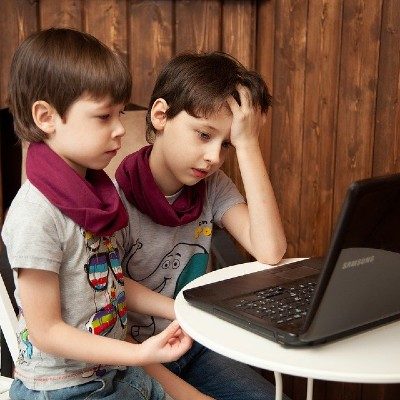 Next post
Online School Is A Disaster, Media Discovers 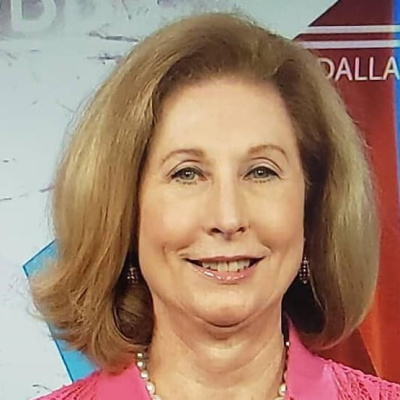 Trump voters are waiting impatiently for former Federal Prosecuter Sidney Powell to release the Kraken. Powell claims to have evidence of massive election fraud in the 2020 Presidential Election. She is taking a ton of incoming from every side. She needs to remember two things: Slow is smooth and smooth is fast. And, hurry up but take your time.

Since late on election night, many of us have suspected that there was something shady going on. Despite what the entire media and Democrats want us to believe, we saw numbers start to flip to Biden in an unprecedented fashion. Immediately, the call went out that Joe Biden was President-elect and we should all come together and unify for the sake of the country. Yes, just like the country came together in unity for President Trump, right?

Enter General Michael Flynn lawyer, Sidney Powell. Miss Powell is alleging and says she can prove that election software was used to flip votes to Joe Biden. The focus is on Dominion Voting Systems. Dominion strongly denies that they in any way, shape or form participated in any election fraud. We note your disclaimer, Dominion. We shall see.

Powell says she has a tsumani of evidence and that it is extremely solid. That has led to media calls to “show me the evidence”. This includes the purveyor of the show that is the “sworn enemy of lying, pomposity, smugness, and groupthink” one Tucker Carlson. He called on Sidney Powell to release the evidence:

Watching my formerly favorite show, I felt like Arnold Horshack in Welcome Back, Kotter, sitting in the back of the class, hand up, and shouting “Oh, oh, oh.”

John Keller of American Thinker has done a deep dive on Dominion and has found some really interesting stuff. I recommend you read his full article here. I watched the hour-long video in his post. It’s fascinating. The software and the Ballot Marking Device (BMD) information is very illuminating. Here is his final paragraph:

There is a double-edged sword to technology that mimics hand marking for the sake of anonymity. I am terribly curious to hear if any ballots in the statistically impossible contested ballot dumps have perfect standard oval marks where Dominion’s library of hand marks was used? Could the thieves have outsmarted themselves? Were the adjudicators relying solely on Dominion’s adjudication ballot recognition software that fails to detect anomalies while rushing through ballot images too fast to tell anything was amiss? Can Dominion’s software correctly distinguish fraudulent ballots that are too perfect? All in the name of voter anonymity. Are we certain the fraud is not anonymous as well? Time will tell.”

One of the Dominion Chiefs, Dr. Eric Coomer, has been known to be a virulent anti-Trumper. His social media has been scrubbed. I couldn’t independently verify his anti-Trump claims, so I didn’t include them.

So, here we are, as Roger Kimball wrote today in American Greatness, Waiting for Sidney:

Meanwhile, Powell promises that her team will begin making evidence of their claims available as early as this week. Her team has suits teed-up in all the swing states and hundreds of affidavits to back them up. Of course, an affidavit is just a sworn statement. It might or might not be true. To verify would, I believe, require further evidence. Does Powell have that evidence? She says she does. For now, though, we are all caught in a postmodern version of a Beckett play, Waiting for Sidney. Will she arrive?”

“Many big claims have been made, and not only by Sidney Powell. Another lawyer, the celebrated Lin Wood, has joined the fight. Like Powell, he believes that Trump won in ‘a landslide,’ by ‘millions of votes’ that, were the ballots accurately counted, would deliver Trump the popular vote as well as some 400 electoral votes. A resident of Georgia, he has just filed suit there.”

I get it. Remember, I said I was Arnold Horshack? I know why Sidney Powell has given her opening statement, but presented no evidence. Why would she? Why tip your hand? Why tell the opposition what you have got? I especially wouldn’t tell anyone in the media. The Media Industrial Complex wing of the Democrat Party will universally throw up on it.

Would a great general text her battle plans to the enemy? Nope. Wait for the battle to be joined. Sidney Powell should wait until she gets into the appropriate court room. Then she should “Release the Kraken” and scorch their asses.

I learned a phrase when my son became an Army Jumpmaster. That is, “Slow is smooth. Smooth is fast.” Take it slow, be precise, and that will be fast.

Sidney, hurry up, but take your time.

In a late-breaking development, Sidney Powell is out. 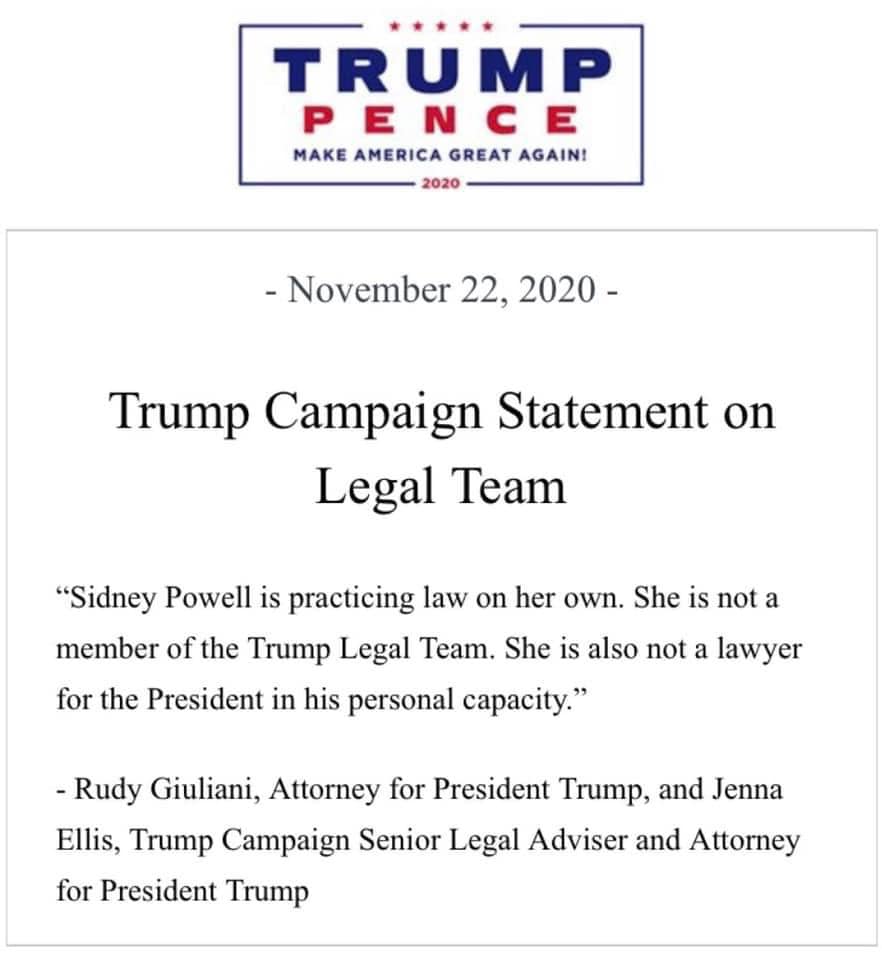 Aha, this makes perfect sense. Now, Sidney Powell is free to be herself.

No one needs to panic. This is just clarification since Media butchered everything. Sidney Powell and I have both said that she’s working for free and with a team she has autonomy over. All good. #PLAN https://t.co/Y4sZN68wLA