Previous post
Hillary Snivels Through Reading Of Her 2016 "Victory Speech" 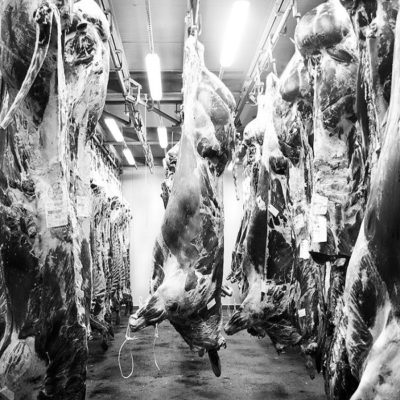 Next post
Is Anyone Shocked That California Plans to Be A Sanctuary State For Slaughter? 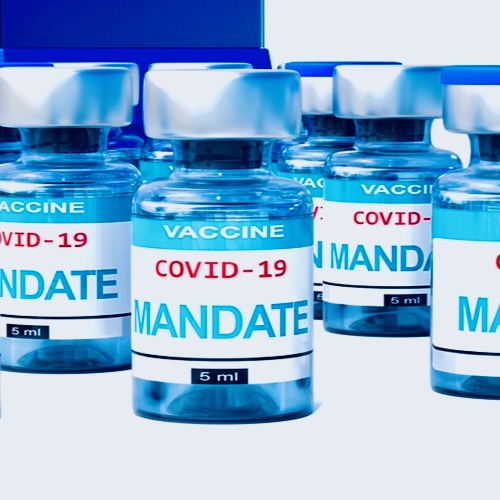 Ahead of the vote, two Democrats—Sen. Joe Manchin of West Virginia and Jon Tester of Montana—announced their support, ensuring the measure would pass the 50-50 Senate.

The legislation was filed under the Congressional Review Act, which allows the Senate to vote to overturn rules for a federal agency with a simple majority rather than the 60 votes required for most legislation. The bill would still have to pass the House and overcome a presidential veto.

This is yet another defeat over government overreach into private industry and business. The Biden vaccine mandate via OSHA has been slapped down now by the 5th Circuit, the 6th Circuit and more.

Oh it’s quite the ruling!

Accordingly, the Court ORDERS that Defendants are ENJOINED, during the pendency of this action or until further order of this Court, from enforcing the vaccine mandate for federal contractors and subcontractors in all covered contracts in any state or territory of the United States of America.

The Court finds that Plaintiffs have a likelihood of proving that Congress, through the language it used, did not clearly authorize the President to issue the kind of mandate contained in EO 14042, as EO 14042 goes far beyond addressing administrative and management issues in order to promote efficiency and economy in procurement and contracting, and instead, in application, works as a regulation of public health, which is not clearly authorized under the Procurement Act.

Which led OSHA to quietly saying, umm guess we can’t do this after all.

Of course, all the usual suspects are out in front wailing that, ‘we are all gonna die from Covid if no mandate is in place!’

Senate Majority Leader Chuck Schumer (D., N.Y.) said the move would go against science. “The worst thing we can do is tie our own hands behind our backs and let these new variants spread and grow,” he said on the Senate floor.

Let’s have vaccine mandates in order to ‘protect us from ourselves!’

Sen. Patty Murray, a Washington Democrat, called the GOP-led resolution “dangerous” and said it would undermine the administration’s efforts to eradicate the vaccine.

“We should be using every tool to protect our country, the economy, and our families,” Murray said.

You know what? We ARE. We are using common sense, following the health guidelines of washing hand, keeping things clean, exercising, and more. But here we have a government that is telling us, no DEMANDING that we bow down to this mandate and life will be wonderful once again.

But, look around you. New York City, courtesy of de Blasio, has just instituted yet another vaccine mandate.

*NEW* Mayor Bill de Blasio announces on MSNBC that New York City is setting a vaccine mandate for ALL private sector employers on Dec. 27. He calls it a "pre-emptive strike" on Omicron and winter virus challenges.

We are facing a MAJOR worker shortage right now. Businesses are BEGGING for people to not only apply, but to SHOW UP FOR WORK!

Except that we have both federal agencies and private companies mandating the vaccines and booster WHILE ignoring the very natural immunities conveyed when someone has had Covid and conquered it. Covid immunity according to those agencies and companies along with troll Fauci et al is NOT a thing. It doesn’t matter to their mandates, get the vaccine or get fired.

Which is a problem. Even Gretchen Whitmer of Michigan recognizes this.

“I know if that mandate happens, we’re going to lose state employees,” the governor continued. “That’s why I haven’t proposed a (state) mandate. We have a lot of the same concerns…it’s going to be a problem for all of us.”

The government should not be telling private entities what to do. The GOP gets this.

The Democrats want MORE power and are refusing to acknowledge that people have complied, we’ve masked up, we’ve sanitized the hell out of everything, we’ve harmed our kids by keeping them from living life, and our Constitution has been tossed aside.

Our government has NO business intruding on private business or private lives. People and politicians are finally realizing that. A private business can make its OWN decision as to how to handle the virus, vaccines, employees …and keep the business afloat.

Somehow, someway, ALL private businesses managed to do just that in 2020 when the virus was all over the place and yet there was no vaccine.

People are getting fed up. And there are politicians who are finally recognizing that, which led to yesterday’s Senate vote.

This bipartisan vote is a crystal clear message to the @WhiteHouse: Back off, and stop this crazy federal overreach immediately.

Does this mean a win? NO. Why? Because this same legislation has to make it through the House. Which, unless enough people put the pressure on their Representatives, this legislation will fail.

The LARGER point is this, the courts are and have been blocking the Biden vaccine mandate on private companies. The Senate has followed suit. If it gets blocked in the House, then we’ll all understand that the Democrats have never been about We The People. Instead, they are all about POWER.