Previous post
Kamala Is 90% Spacy, The Rest Are Actors 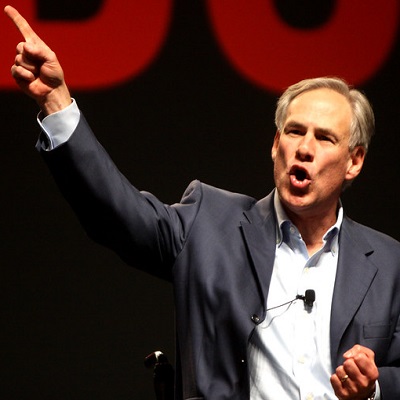 Monday Texas Governor, Greg Abbott, signed an executive order giving all Texans freedom from vaccine mandates. No public or private entity can mandate employees, customers, or any Texan to get a vaccine.

All entities are exempt from vaccine mandates. All. All.

To those crony crapital businesses getting too cozy with the Biden regime’s vaccine mandate. Pound sand. To those same businesses who are all too happy to crush personal, protected Constitutional rights and do the dirty work the Biden’s regime wants to do but can’t and your business is in Texas. Pound sand.

The World Health Organization (WHO) has weighed in on the matter and sides with Gov. Abbott: natural immunity is valid.

“…World Health Organization released a scientific update stating that most people who have recovered from COVID-19 develop a strong protective immune response. Importantly, they summarize that within 4 weeks of infection, 90% to 99% of people who recover from COVID-19 develop detectable neutralizing antibodies. Furthermore, they conclude — given the limited amount of time to observe cases — that the immune response remains strong for at least 6 to 8 months after infection.”

Gov. Abbott is also not wasting time. Executive orders can be controversial, so he has put the order before the Texas legislature to be considered as early as next week.

“Abbott…called on the Legislature to pass a law with the same effect. The Legislature is in its third special legislative session, which ends Oct. 19.”

I issued an Executive Order prohibiting vaccine mandates by ANY entity in Texas.

I also added the issue to the Special Session agenda.

The COVID-19 vaccine is safe, effective, & our best defense against the virus, but should always remain voluntary & never forced. pic.twitter.com/8hHHLyebCk

Of course, this will get sticky for those companies that do business all over the United States, not just Texas. After this weekend’s Southwest Airlines cancellation of thousands of flights all over the US, it will be interesting to watch what happens. However, take note, Southwest Airlines is based in Dallas, TX. To stop Southwest’s bleeding of flights, they might want to embrace freedom from vaccine mandates.

We’ve already weighed in on whether Southwest’s mass cancellations were over severe weather (oh please!) or labor shortages from employees walking out over vaccine mandates. The now-trending new hashtag making its way across Twitter speaks to the latter: #FreedomFlu

Speaking of Freedom Flu and trends on Twitter, here’s a fun one that popped up Monday. Has anyone alerted Jack Dorsey? Look at those stormy skies and terrible weather (that was sarcasm).

This photo was just sent to me of a grounded Southwest plane flying a Gadsden flag out of the cockpit. The Hero Pilots at Southwest and other Airlines deserve our support. True patriots worthy of the American Freedom Fighter tradition.
Don’t Tread On Me.
God Bless Them 🇺🇸✈️🙏🏻 pic.twitter.com/tAo9pT4Q60

The onslaught of the Biden regime’s Constitutional crushing mandates has grown a spine in a handful of Republican governor’s backsides. Gov. Abbott is one of them. Each time the Biden regime makes a mandate, he has responded on the side of the Constitution.

Hats off to other governors who have linked arms and done the same. Hats off to those who see what Governors Abbott and others like Florida Gov., Ron DeSantis, is doing and get their pen out and do that same. My money is on Florida making the next executive order that all entities, public and private, have freedom from vaccine mandates.

Hats off to Gov. Greg Abbott especially. Monday’s executive order took the incestuous relationship between Biden’s regime and crony crapitalist corporate woke businesses and shut them up. It needs to happen more. To other Republican governors, you have inspiration. Get to work

For those who don’t live in one of these states, let me give you a glimpse. I haven’t worn a mask in months except for once when I went into an emergency room. Before that, it was when I was in the Communist state of Washington. In my current state of Montana, my employer cannot mandate, by my governor’s orders, me to wear a mask or get a vaccine.

If you want to live in America, think about moving to a state where the U.S. Constitution is recognized and preserved. Texas is a great choice as demonstrated by the consistent ongoing leadership, once again demonstrated Monday, by Gov. Greg Abbott.