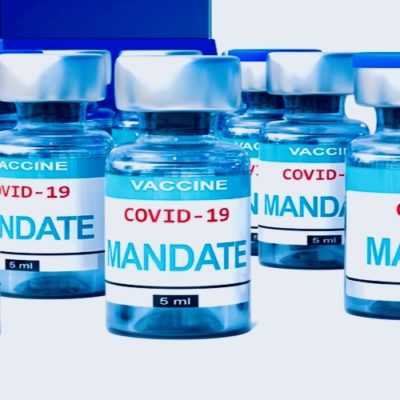 Next post
No, Our Kids Are Not As Resilient As The Experts Said They'd Be 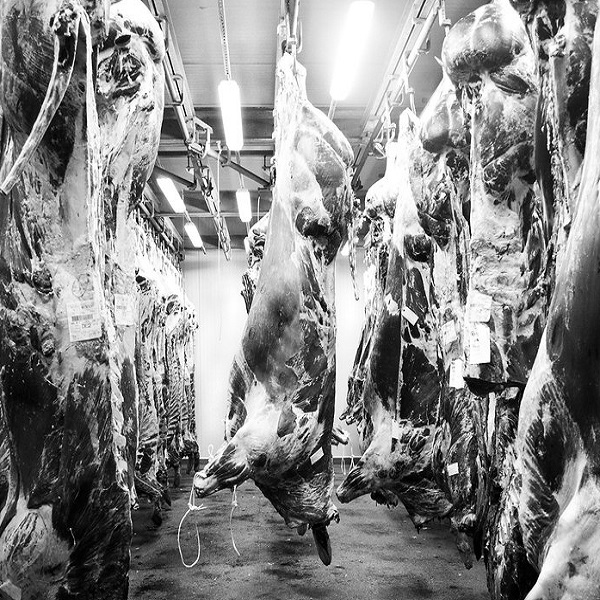 Gavin Newsom’s latest evil scheme to transform the state into a sanctuary state for abortion, AKA legalized slaughter, should surprise no one.  It does, however, underscore the progressive left’s financial and immoral prioritization of death over life.  The plan completely disregards and disrespects huge demographic swaths of California’s constituency through forced taxation of a radical agenda they would never support.   It proves an unwillingness to think outside of the womb box. His idea ignores alternative solutions for abortion.  Ironic given the Lefts propensity to virtue signal with adopted children all the time.  And lastly, I couldn’t help but note the irony that Scott Peterson, a man sentenced to death for killing his wife and unborn child had his sentence commuted to life in prison, including a 15-year stand-a-lone sentence of 15 years for killing said baby in the womb.

I think I might have said this at least once before, but it bears repeating.  I left Austin, TX for Los Angeles as a professed conservative at the age of twenty-six.  In all honesty, I don’t know if I could have bleated out more than a few Reagan slogans to support my belief.  But I am grateful all the same that the seeds have been sown.  However, a decade later, I could have and should have authored a book about how the State of California single handedly taught me everything I needed to know about why conservative values make sense.  Now that I am back home, there is not a week, if not a day, that I do not say a prayer of gratitude that I am out of the hell hole of that soul sucking state.

One of the best things about being a TRUE intellectual, if I might call myself that, is a willingness to let new facts and information transform a long-held opinion.  I have admitted in several other posts that I was adamantly pro-choice once upon a time.  As a single woman for most of my life, I understand the unmitigated fear of getting pregnant. I was haphazard at best at protecting myself against the possibility, as many are, and the ramifications loomed large.

The rebellious and reckless teenage me fully accepted the idea of abortion as a solution.  I am beyond grateful that I never needed to make that choice.  About a year into my life in California, I ceded the idea that abortion would ever be a choice I could make.  I wanted to be a mother so very much.  But I was still terrified of the financial consequences of potentially being a single mom.  How in the world would that EVER work?  I could not afford daycare and I couldn’t afford not to work.  This is NOT an argument for the ridiculous Build Back Blunder.  I do not believe, generally, that government should force other taxpayers to pay for poor life choices.  However, there is an argument to be made for governments to support life over death.  Let’s start there.

Who is Going to Pay for Gavin Newsom’s Slaughter Solution?

One of the first things that struck me about the almost ousted Governor’s plan is that he is more than happy to take California’s huge COVID-funded financial windfall to finance abortion seekers from OTHER states!  Forbes sums it up for us:

So, if I am to understand this correctly, Gavin Newsom and his contingent of slaughter supporters wants to siphon funds from California residents to fund residents from OTHER states to kill babies?  He doesn’t want to put those funds to use for the ever-growing homeless population.  How about using some of that money to improve the hellacious roads out there?  If you’ve never driven in California, you have zero idea how bad some of their roads are.  How about building an updated electrical grid?  Those brownouts and forest fires aren’t fixing themselves!  Nope, he wants to make sure there’s a sizeable line item to whisk women and teenage girls on an express plane to Planned Parenthood!

Not only that, which is bad enough, he wants to build an army of slaughterhouse worker bees!  This might be the vilest part of the plan.

“In an effort to expand “high-quality and client-centered abortion care” the report also calls for the creation of a “California Reproductive Scholarship Corps” which would provide scholarships to medical students who pledge to offer abortion services in rural areas of the state.

“We’re looking at how to build capacity and build workforce,” said Jodi Hicks, CEO of Planned Parenthood Affiliates of California. “It will take a partnership and investment with the state.”

A “sanctuary” where children are taken to be killed. More like a slaughter house than a sanctuary. Horrific. https://t.co/rflSCqnjte

Letting the Majority Pay for a Minority View:  Citizens vs. Slaughter

One of the most egregious aspects of Gavin Newsom’s slaughterhouse sanctuary plan is his unwillingness to account for a subset of his constituents who outright oppose abortion or are way more moderate than the Progressive Narrative.  Even Newsweek’s must admit that the majority of American’s support Texas’s Heartbeat Bill:

A Rasmussen Poll showed that more Americans approve of the Texas Heartbeat Act than oppose it, a finding consistent with Americans’ overall discomfort with the extreme permissiveness of our nation’s abortion laws. In fact, the vast majority of Americans have consistently said they support abortion’s legality only in the first three months of pregnancy, or in exceptional cases. The United States is one of only seven countries in the world, including North Korea, China and Cuba, that legally permit elective abortions after five months of pregnancy (the Washington Post affirmed this evaluation of US abortion law with its “elusive Geppetto checkmark.”)

Does Gavin Newsom not realize that he has an outsized Hispanic voting block?  Does he not understand that most of them are Catholic?  Has he any idea that outside the narrow strip of the California coastline, there is a whole conservative or middle-of-the-road demographic that has no taste for willy nilly abortion, much less funding them from their own wallet?  Of course he does.  He just doesn’t give a $#!&.

Why Not Think Out of the Womb Box?

After Texas passed their controversial Heartbeat Bill, I was having a conversation with my new best friend.  She’s my age, mid-fifties, also without children, originally from Texas but spent a great deal of her life on the West Coast.  She was extremely disappointed with the new law.  As I expressed my whole-hearted support, she seemed surprised.  “But what about women who cannot afford children?  Are they just supposed to suck it up?”  I reminded her of a couple of things.

National Review has a great article about these additional options for women, which unsurprisingly received zero coverage in the mainstream media.

“The Alternatives to Abortion program was not created to be a Medicaid-based health care service. Rather, its primary objective is to provide comprehensive “wraparound” social services to expectant and parenting women, allowing approved agencies to accompany a pregnant mother and her child until that child reaches age three—though some agencies are leveraging private donations to extend that care until age five, when children typically enter kindergarten. Job training and placement, financial independence and budget instruction, life skills, adoption counseling, stress management, child development classes, housing, car seats, diapers, clothing and strollers are all covered by A2A. “

Again, California would rather take taxpayer dollars and support slaughter rather than survival.  The reality is that the beloved “science” that the left wants to beat over our head regarding COVID, has created the miraculous opportunity for babies to thrive outside the womb at an unbelievably early stage of life.  Why not finance THOSE options?

Did the Demand for Adoption Suddenly Disappear?

I bet you didn’t know that the peak demand for adoptions was in 1970.  Me neither!  But I stumbled onto this little factoid when mulling over this piece and wondering how many children Americans adopt from other countries.  That has an interesting little bit of trivia too.  In fact, in 2005, almost 46,000 children were adopted from other countries.  Yet, in 2019 that fell to 2,971.  So what?  Did adoption just fall out of favor?  I’m betting not.  Going back to wayback machine… in 1970 America saw adoption hit its peak.  A whopping 175,000 children were adopted in America.  That is fascinating to me.  Because that number has dropped to roughly 125,000 in recent years.  Why?  Might it be because it was 1973 that SCOTUS upheld Roe v Wade? Did making abortion easier than adopting have anything to do with that drop?

As it becomes easier for single people and gay couples to adopt, do we really think the demand for babies has diminished?  Countries like Russia and China have made adopting their unplanned children increasingly difficult.  At the same time, American’s are continuing to wait longer to attempt having children with disastrous results both for our country and the women who waited too long.

There’s a reason that fertility centers have exploded in the last several years.  We still want the chance to raise a family!  Unfortunately, we do everything we can to make that reality hard.  We wait too late to date, we wait too late to marry, and then we wait too late to try to conceive.  So, we have a whole lotta potential parents out there unable to have a family of their own.  Why not incentivize adoption?  California apparently prefers to fund slaughter as the only solution to unwanted babies.  I find that ironic given how many People Magazine covers are littered with celebrity moms adopting whole hordes of babies.  Why not make that process accessible for the average woman or couple?

As I stated in my introduction, I couldn’t help but find it ironic that the same day Gavin Newsom wants to fund the slaughter of other states’ citizens, a California court has commuted Scott Peterson’s death sentence to a life sentence, which includes a 15-year sentence for killing his unborn baby!  So, according to a jury, the baby was a real-life person that needed justice all for himself.

“Judge Anne-Christine Massullo on Wednesday ordered Peterson to serve life in prison without the possibility of parole for the first-degree murder of Laci and a concurrent sentence of 15 years to life for the second-degree murder of Conner.”

In California, it is apparently OK for women to slaughter their own child, but a cis-white male cannot.  OK, explain THAT to me, like I’m five.  Unbelievable.  Imagine what Vegans and PETA would say if Newsome supported making California a sanctuary state for animal kill shelters.  Just. Let. That. Sink. In.

Featured Image: Slaughterhouse” by Thomas_Stone is licensed under CC BY-NC 2.0, cropped and modified