Previous post
Steve Bannon Indicted, Will Turn Himself In On Monday

5th Circuit To OSHA: Do NOT Enforce Vaccine Mandate

5th Circuit To OSHA: Do NOT Enforce Vaccine Mandate 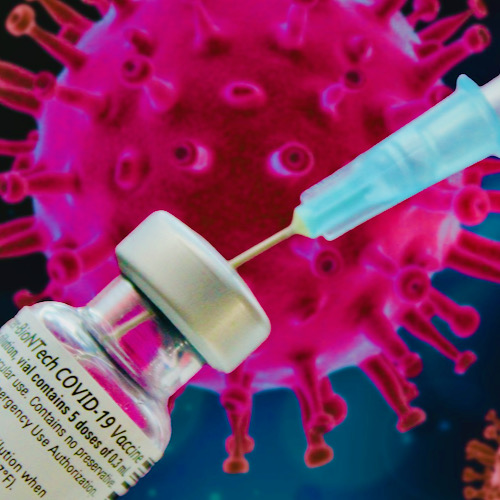 OSHA, per the 5th Circuit has been ordered to cease implementation or enforcement of the vaccine mandate.

This year, the Biden Administration issued vaccine mandates for the federal government. Then, the Administration decided to go after private employers. This time issuing an OSHA mandate, slated to go into effect January 4, 2022. That mandate covered private employers who employ 100 or more people. Keep in mind, this is a federal government going after PRIVATE companies.

On November 6, 2021, we agreed to stay the Mandate pending briefing and expedited judicial review. Having conducted that expedited review, we reaffirm our initial stay.

The court points out that OSHA’s history of ETS (Emergency Temporary Standard) standing in the courts have had essentially zero success. Out of six ETS rules issued, the courts over the last 50 years upheld exactly ONE. Secondly, as the court points out, OSHA is a federal agency whose purview is not to make “sweeping pronouncements on matters of public health affecting every member of society in the profoundest of ways.”

Third, the court points out the fallacies of having workplaces be MORE dangerous if there are 100 or more employees, but LESS dangerous if there are 99 or fewer employees. I really had to laugh when I read that piece on page 6 of the ruling. The court is correct in pointing out the hypocritical fallacies of the OSHA ETS in this case. This goes to what we’ve written about many a time. The virus is SUPER dangerous when you enter a restaurant and walk to your table, but there’s ZERO danger when sitting AT the table having a meal!

Moreover, the 5th Circuit uses OSHA’s own guidance, issued multiple times in 2020 against the agency.

Here, OSHA’s attempt to shoehorn an airborne virus that is both widely present in society (and thus not particular to any workplace) and non-life-threatening to a vast majority of employees into a neighboring phrase connoting toxicity and poisonousness is yet another transparent stretch. Other cases involving OSHA (though not ETSs per se) shed further light on the intended meaning of these terms.

(acknowledging as a general matter that it “would not be necessary for OSHA to issue an ETS to protect workers from infectious diseases” because “OSHA lacks evidence to conclude that all infectious diseases to which employees may be exposed at a workplace constitute a ‘grave danger’ for which an ETS is an appropriate remedy”).

In other words, in 2020, OSHA knew they couldn’t issue any workplace guidance or ETS because it was A. not necessary, B. would be too unwieldy to implement or enforce C. would get thrown out of court. D. would be completely counterproductive.

Remember this speech from Joe Biden on September 9th?

Even as Grandpa Joe was whisper/shout lecturing us about vaccine mandates that day, what was his WH Chief of Staff doing?

Courts consider the intent and purpose of policies and Klain just endorsed the notion that OSHA rule is a "work-around" to enact flagrantly illegal federal vaccine mandates. pic.twitter.com/RBB4ihsIiL

Oopsie! That retweet was quoted in the ruling!

As the 5th Circuit points out in Footnote 11 on page 7, if this was SUCH an emergency, why did it take months for OSHA to write the ETS?  If it was CRITICAL to have it in place immediately, why does it need two extra months toimplement? Keep in mind something that the 5th Circuit and others are pointing out.

Much like calling pre-kindergarten daycare “infrastructure” and saying that roads are “racist,” the Biden administration seeks to defy the common-sense definition of words – as well as our constitutional democracy – to argue that an obscure federal executive agency like OSHA has the right to defy Congressional authority and force millions of Americans to be injected against their will with a vaccine or go jobless and hungry. That is not the type of dictatorial power our Founding Fathers placed in the federal executive branch.

Exactly. OSHA is not a healthcare agency. Period. Every workplace in this country has spent hundreds of thousands of dollars on PPE equipment, masks, hand sanitizers and so much more in order to make their workplace as safe as possible. THAT is something that is under the OSHA purview. Employee healthcare choices are NOT. Furthermore, this ruling comes at the right time given that OSHA was planning to ask private companies to turn their employees into snitches.

Trump Judge Kyle Duncan tacks on a little advisory opinion suggesting that Congress couldn’t even impose an employer vaccine mandate through legislation. Love the very real and nonpartisan law coming out of the Fifth Circuit these days. https://t.co/43Wc8ULwj4 pic.twitter.com/5epygbxeCK

The federal government has now been bluntly informed that work around mandates cannot be imposed. It shall be very interesting to watch the talking points come out from the White House this weekend. And it’s worth noting these aren’t the only lawsuits against this OSHA mandate, there are several others pending.