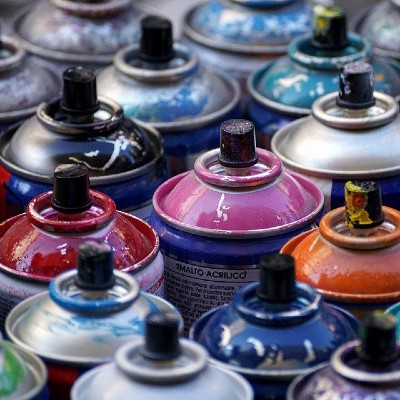 If the goal is to be eaten last by the monster they have allowed to flourish, Nancy Pelosi might not make it.

It seems that Madam Speaker discovered on New Year’s Day that a house that belongs to her in San Francisco (where she probably was not in residence, as she is getting ready to rally her own votes to remain Speaker of the House) was vandalized. And it likely wasn’t those dastardly right-wing militias, either.
https://twitter.com/FogCityMidge/status/1345084099447328768
Yeah, “cancel rent” and that anarchy symbol isn’t exactly the calling card of the Proud Boys. Local news is covering it, Fox News is covering it, the New York Post is covering it. But no other national outlet is currently spending time, space, or ink on this story.

The bottom line? The media can’t blame the right, so the story of the Speaker of the House’s residence being vandalized with political messages is going to be ignored except by local affiliates and those outlets considered more “right leaning.” The pig’s head and fake blood is a nice theatrical touch, though. Very evocative of “The Godfather“. But there are always going to be Pelosi defenders who are confused as to why the socialist left isn’t supporting her – and STILL are trying to sell the “bitch set me up” line regarding Pelosi’s hair salon adventures from late last summer.

There was someone In SF who set her up for that hair appt where she was photographed w/o a mask. Then the stylist who helped set her up whined and cried that she lost her biz so set up a go fund me. It’s absurd.

Yes, the salon owner totally set Pelosi up. And the anarchists don’t know that Pelosi is really fighting for THEM. Suuuuure.

News flash for the Twitterati who think the anarchists care that Pelosi favors their interests more than half the time – the anarchists don’t care. That’s kind of the thing about anarchists. They want their free stuff, they want it now, they hate government, and it doesn’t matter who is in charge.

This is why the frequent rioting in Portland – yes, they started off the New Year with a literal bang and a riot – gets ignored by the large mainstream press outlets unless someone dies. You see, unless the right wing or the police can be blamed (remember, the man who was murdered this summer was a Trump supporter who was involved in a counter-protest, so naturally the media assumed it was his fault for showing up in Portland in the first place) then the national media doesn’t want to talk about it. It’s a local story. Even when idiot Mayor Ted Wheeler is suddenly speaking sense about who is at fault, it doesn’t make a ripple in the national press.

In his new year's presser, Portland Mayor @tedwheeler admits that his efforts to de-escalate & compromise with antifa have failed to yield results. He condemns the violent extremist movement by name & calls for more to be done. https://t.co/1MJhHOxO1u pic.twitter.com/HtsSSM3dzz

Wheeler got narrowly re-elected over the completely insane Antifa-supporting candidate, so he has a little breathing room to yell at Antifa and the hard left. He’s still a coward and a fool who played the blame game and hoped that the monster that he allowed to destroy Portland would eat him last, or at least be satiated when there was no more Bad Orange Man. Surprise! The hard left doesn’t care, and Wheeler is living proof that nothing – NOTHING – short of absolute chaos will satisfy those who are bent on making the world burn.

Which brings us back to Nancy Pelosi. You see, the media was totally sold on the promise that once the Bad Orange Man was defeated, then all would be happiness and utopia once more, because that’s how they would portray it on their little screens for the public. It would be a moment of national unity and healing and blah blah blah, all the same things they promised would happen when Barack Obama was president, that the planet would begin to heal and all that crap. Except that the Obama era was not one of national unity and healing, and there’s no way that a less-than-sharp Biden is going to be able to deliver on any of those same promises being made by the media on his behalf. Biden was dragged across the finish line by a media who loathed Donald Trump, and he will now be coddled and covered by that same media – and that same media is willing to give Nancy Pelosi a pass on her horrific mismanagment of the COVID relief bill, and not ask deep questions about how she has lost so many seats in the House that her majority is only by the slimmest of margins.

And that also means that the deeply incurious media is going to make sure that no one outside of right-leaning outlets and local media ever knows that the hard left were the ones who vandalized Nancy Pelosi’s house.

But if Mitch McConnell’s house is vandalized next, you can bet that it will get covered.