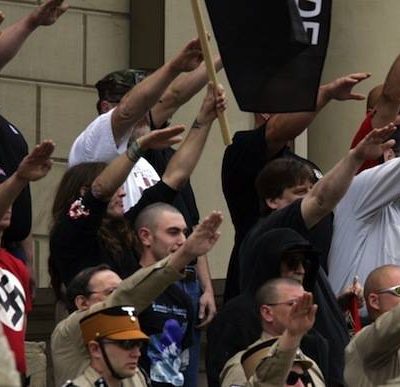 Previous post
#NeverTrump: Because He Refuses to Renounce Racists [VIDEOS]

Next post
Quote of the Day: Ben Sasse Says He Will Never Support Trump

I didn’t even bother watching anything from Hollywood’s yearly prom night on Sunday evening. Frankly, I knew the only movie that I cared about (Inside Out) was going to win its category of Best Animated Picture, and I have not seen a single picture on the Best Picture list. I hear some of them are good. But the movie ticket money was spent on seeing Star Wars: The Force Awakens with the kids. 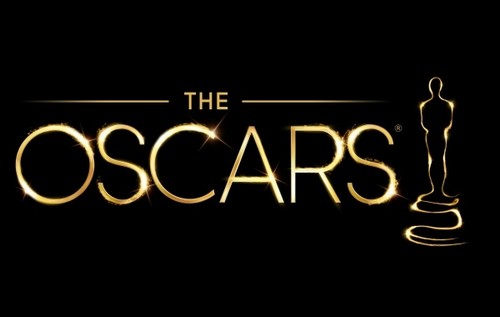 Apparently, Hollywood did its yearly liberal concern parade right on schedule. We had the anti-gun concern in the form of bracelets:

Celebrities To Wear This Gun Control Bracelet at the #Oscars https://t.co/MDJ9YMP27x #2A pic.twitter.com/zVMavlHRii

Not exactly a red ribbon, guys. Blink and you’ll miss it. And ironic considering that there is armed security all over the place for this event – so much so that it was likened to a “military state.” But guns are bad, say the people who use guns all the time in movies.

Then there was the sexual abuse concern, starring Vice President Joe Biden:

Proud to stand by my friend @LadyGaga tonight. Pure courage that inspires, challenges us all. #ItsOnUs. All of us. pic.twitter.com/1eee3v0Xd2

“Despite significant progress over the last few years, too many woman and men on and off college campuses are still victims of sexual abuse,” the Veep told industry power players and the tens of millions watching on TV. “Tonight, I’m asking you to join millions of Americans including me, President Obama, the thousands of students I’ve met on college campuses and the artists here tonight to take the pledge.”

Remember, he is saying this to Hollywood, the land of the casting couch. To the same crowd of people who applaud wildly when Roman Polanski wins an award. You could choke on the hypocrisy.

And when poor, repeatedly snubbed Leonardo DiCaprio finally won for best actor, he used his speechifying time to talk about climate change concerns.

Leonardo DiCaprio finally won his first Oscar for his portrayal as Hugh Glass in The Revenant on Sunday night, and he delivered a powerful message about climate change while accepting his award.

“Making The Revenant was about man’s relationship to the natural world, the world that we collectively felt in 2015 as the hottest year in reported history — our production needed to move to the southern tip of this planet just to be able to find snow,” he said of filming The Revenant in Argentina. “Climate change is real. It is happening right now. It’s the most urgent threat facing our entire species and we need to work collectively together and stop procrastinating.”

He continued: “We need to support leaders around the world who do not speak for the big polluters or the big corporations, but who speak for all of humanity, for the indigenous people of the world, for the billions and billions of underprivileged people who will be most affected by this. For our children’s children and for those people out there whose voices have been drowned out by the politics of greed, I thank you all for this amazing award tonight.

This would be the same Leonardo DiCaprio with the private yacht, who travels by private jet.

After lecturing us on climate change, @LeoDiCaprio gets on his private plane, to take him to his yacht. #STFU, hypocrite. #Oscars

I gotta wonder how much Leonardo Dicaprio talks about saving the environment while on one of his private jets or massive yachts. #Oscars

The rest of humanity will just have to suffer through climate change while Leo enjoys the trappings of wealth and privilege, I guess. But HE CARES, so he gets a pass on the yacht and the jet, right?

But at the very beginning of the program, liberal Hollywood got teased for its “sorority racism” by Chris Rock.
https://twitter.com/JordanKingUK/status/704126281005273088

Rock summed up racism in Hollywood.

“Everyone wants to know in the world, is Hollywood racist?” he said. “Is it ‘burning cross racist’? No. Is it ‘fetch me some lemonade racist’? No. It’s a different type of racist…. Hollywood is ‘sorority racist.’ It’s like, we like you Rhonda, but you’re not a Kappa.”

“We want opportunity,” Rock concluded. “We want black actors to get the same opportunities.”

It’s actually pretty funny to see Rock call Hollywood liberals racists and hear the reaction in the audience. They aren’t sure if they should laugh or applaud. It is incredibly awkward and incredibly amusing to see the same crowd that pats themselves on the back for how much THEY CARE to be told that it only goes skin deep.

But they’re okay now. They have been enlightened as to the error of their ways. Next year, the game will be rigged in such a way to guarantee racial diversity, so liberal Hollywood can have its prom without the guilt trip. After all, guilt is for the little people. And then they can continue to feel superior to the rest of us… because THEY CARE. And the rest of us can continue to be bored spitless by the predictability and inanity of the Oscars.