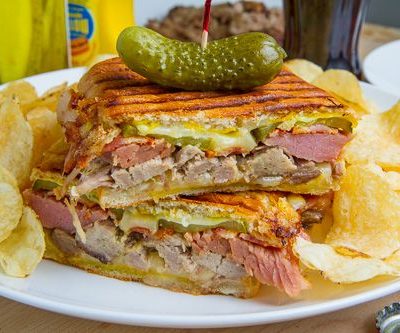 Previous post
Trump: Getting Grilled in the Cuban Sandwich of Rubio and Cruz [videos]

#NeverTrump: Because He Refuses to Renounce Racists [VIDEOS]

Next post
Oscar So Boring: Liberal Hollywood Gets Teased For Its Racism

#NeverTrump: Because He Refuses to Renounce Racists [VIDEOS] 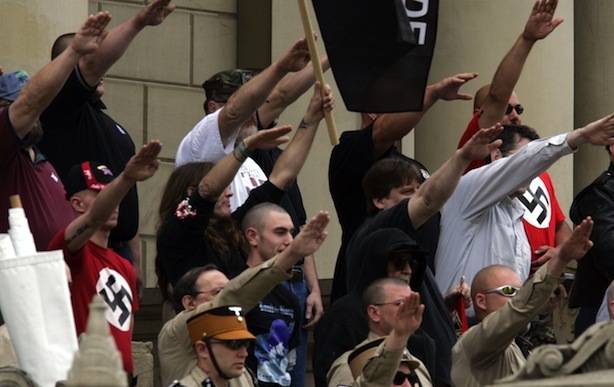 Just when you thought Donald Trump couldn’t create a bigger s***storm than he already has, he shows up on ABC’s Meet the Press and tells Jake Tapper that he just can’t reject the support of racist groups. What’s more, he said he will ‘need to research’ white supremacy groups because he doesn’t know anything about them.

Here’s the video. You might want to watch this sitting down, because if you’re a thinking, rational American you will be utterly shocked at what you’re about to witness.

There are four explanations about Trump that can be deduced from those statements:

Then, to add more fuel to the Trump s***storm, The Donald was caught retweeting a quote by the fascist dictator Mussolini, which was placed by Gawker under the parody account @ilduce2016:

“It is better to live one day as a lion than 100 years as a sheep.” – @realDonaldTrump #MakeAmericaGreatAgain

Why does Trump retweet an account with name @ilduce2016 and a photo of Mussolini with a Trump wig? https://t.co/7Rp1h2X9Kp

But Trump defended the quote!

So I ask you, Trump supporters — or Trumpbots, or Trumpkins, or Trumpers, or my personal favorite, Trumpa-loompas — why do you support this man? I know, I know: He’s going to make America great again!  No he won’t. He’s turning the nation into a clown car. A laughing stock.

He’s going to build a wall to keep out the illegals — and make Mexico pay for it! No he won’t. Why should he deny himself and his fellow corporatists the cheap labor they use?

Stop. Step away from the Trump. This nation is far more beloved to us patriotic, freedom-loving Americans than to risk the ascension of an ignorant, lying, racist, megalomaniac to the highest reaches of power. You’re being duped. And stop with the Hillary threat. Seriously, ask yourselves — what is the difference?

We deserve better. Much, much better. And it’s not too late.

UPDATE: Sen. Ted Cruz took down The Donald with a tweet condemning his lack of condemnation for racist groups.

Really sad. @realDonaldTrump you're better than this. We should all agree, racism is wrong, KKK is abhorrent. https://t.co/dn2D74c5dl

Trump responded with a half-baked concession that included a gif of a “disavowal” that sounded more annoyed than sincere.

As I stated at the press conference on Friday regarding David Duke- I disavow. pic.twitter.com/OIXFKPUlz2

Wait a minute — didn’t he tell Jake Tapper this morning that he didn’t know who David Duke was?  Busted!