Previous post
A Railroad Strike Will Break Our Supply Chain 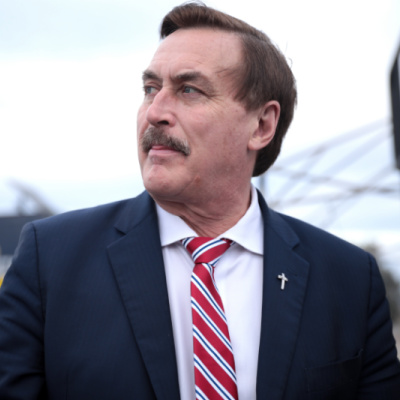 He is ubiquitous and he runs so much advertising that it’s annoying. He is Mike Lindell, the My Pillow guy. He has branched into sheets, towels, slippers and coffee, but he will always be the My Pillow guy. And, now he is targeted by the Department of Justice. The FBI showed him a warrant and confiscated his phone last night. Welcome to America under the Biden Regime.

Peak insanity? Maybe, but we’ve allowed this insanity to go on for too long. Mike Lindell has a gargantuan problem. He is horror of horrors, what the State calls, an election denier. I, personally, think anyone who doesn’t have more than one question about the 2020 Presidential Election is an eejit.

Mike Lindell loves President Donald Trump. He is not a RINO. He is not a fair-weather friend, like Mitch McConnell and Nikki Haley. He has stepped up for Trump and for America time and again. Back at the beginning of the Covid Pandemic, back when nobody knew anything, Lindell had his Company making 50,000 N-95 masks per day. That was March 31, 2000 and our Jodi wrote about his act of generosity. On November 12, 2020, he spoke at the Million MAGA March. I was there and told you about it.

Mr. Lindell should have seen this coming. Stevie Wonder probably should have seen this coming. The FBI has spied on and conspired against Trump from day one. I believe the riot at the Capitol on January 6 2021, was fomented by the FBI. The FBI has been alerting the media and dragging out Trump associates in chains for months. The Department of Justice, the FBI, and the January 6 Committee are out of control and have been for a while.

Lindell began by explaining that he and his buddy had been out on a fishing trip, and decided to stop at a Hardee’s drive-thru on the way home in his hometown of Mankato, Minnesota.

“We pulled through the drive-thru, they take the order, we pull up, and she says pull ahead,” Lindell said, noting that when they did, another car came and parked perpendicular to them, essentially blocking them in the drive-thru.

Lindell said he told his buddy, “That’s either a bad guy, or it’s FBI,” making sure to add that some FBI guys can be bad guys.

According to Lindell, another car came up shortly after and pinned them in on the right side, with another customer blocking their rear end.

I get asked to pull forward at Hardee’s a lot. Don’t judge my fast food addiction. It’s usually because Hardee’s is busy and doesn’t have enough help. Is that the story here or did the FBI alert the clerks that they were going after a hardened criminal? Here’s more:

At Lindell’s request, the people in the cars in front and to his right showed him their badges, and explained why they were there.

Lindell said that they began asking him questions about Colorado and Dominion voting machines, and eventually told him that they had “some bad news.”

The officers told him that they had a warrant for his cell phone, and would be confiscating it, to which Lindell replied that he needed it to “run five companies” as he doesn’t have a computer.

Lindell then spoke with a lawyer, who advised him to hand over the phone, at which point he said he did.

After showing a copy of the warrant, Lindell explained that he was not even given a chance to do a backup of his phone, that it was simply taken away.

He called the actions of the FBI “disgusting” and “garbage.”

The seizure of Lindell’s cell phone comes amid a rise in the agency’s targeting of Trump allies, and this is not the first time his records have been subpoenaed.

In January, his phone records were requested by the January 6 Committee.

Hey Liz Cheney, are you behind this? These people really hate us.

This story will be updated.

No significant updates to the story. However, this points out that we all need a burner phone and a copy of the Constitution in our cars.