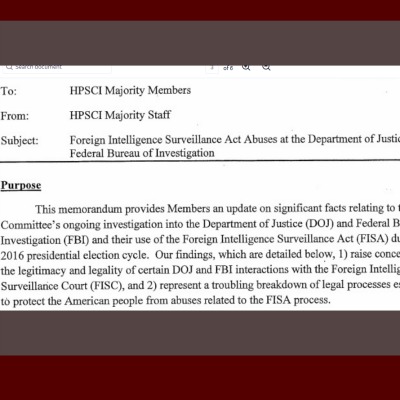 Previous post
The Memo is Released - Read in Full 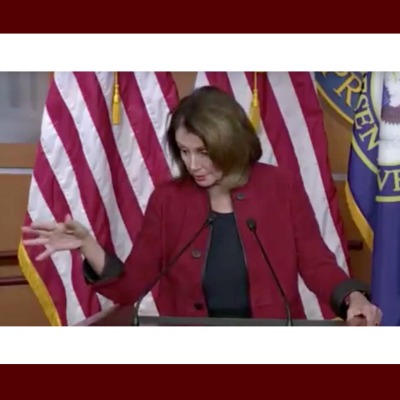 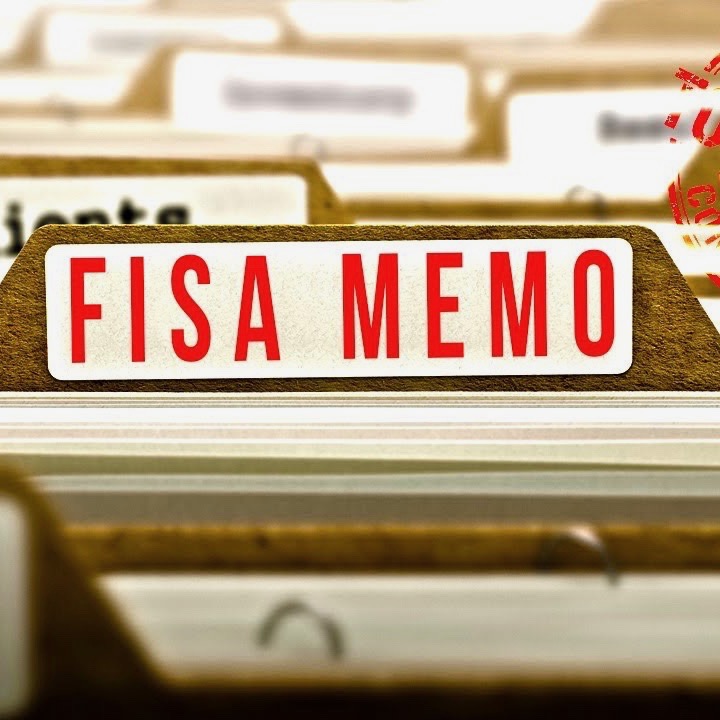 President Trump signed the authorization to release the controversial FISA Memo and it has been made public.

Speaking in the Oval Office, President Donald Trump implied the memo revealed political bias at the FBI. He said he believed the purported bias was a “disgrace” and said certain people should be “ashamed of themselves.”

CNN, of course, is full of doom and gloom about the memo’s release. As they should be since everyone at CNN, along with the FBI/DOJ and Democrats, was in full “keep the memo hidden, Joe McCarthyism, and Devin Nunes is a Russian spy!” spin frenzy.

Now that it’s been released, what does it say? You can read the full memo here. 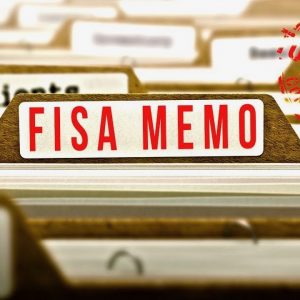 Byron York at the Washington Examiner highlights the following:

Holy moly. This is like…WOW. Here we have senior DOJ and FBI officials LYING about key evidence in order to obtain FISA warrants against Americans. It is also confirmed that the author of the dossier, Christopher Steele, was virulently anti-Trump, yet the DOJ and FBI used the information anyway. UNREAL.

Oh, but wait! There is more, courtesy of Catherine Herridge at Fox News:

Yikes, this memo sure is a massive indictment on the media, who Fusion GPS fed false information to prompt FISA warrant. Incredible.

As she points out, the memo names names. Who are they?

James Comey: He signed three warrant applications. THREE. Needless to say, this tweet of his didn’t age well at all:

All should appreciate the FBI speaking up. I wish more of our leaders would. But take heart: American history shows that, in the long run, weasels and liars never hold the field, so long as good people stand up. Not a lot of schools or streets named for Joe McCarthy.

I wonder what quote Comey will come up with in an attempt to explain the information contained in the memo?

Furthermore, it seems that Steele, at the direction of Fusion GPS, handed information over to Yahoo News’s Michael Isikoff with the urging of Perkins Coie (who was employed by the DNC to conduct opposition research).

How egregious is the information contained in the memo?

“…the public’s confidence in the integrity of the FISA process depends upon the court’s ability to hold the government to the highest standard – particularly as it relates to surveillance of American citizens. However, the FISC’s rigor in protecting the rights of Americans, which is reinforced by the 90-day renewals of surveillance orders, is necessarily dependent upon the government’s production to the court of all material and relevant facts. This should include information potentially favorable to the target of the FISA application that is known by the government. In the case of Carter Page, the government had at least four independent opportunities before the FISC to accurately provide an accounting of the relevant facts.” [Emphasis Added]

In other words, the DOJ and FBI knew what they were doing was wrong. They knew the information in the dossier was fraudulent. They even fired Steele because of both the dossier and because he gave David Corn at Mother Jones information. Yet all the senior officials at both agencies persisted because they, too, didn’t want Trump elected.

Needless to say, all involved in the FISA warrants should be looking over their shoulders and waiting for the bus to run over them.

The reaction by all will be very interesting to say the least.

We knew that Democrats, along with the FBI and DOJ, were playing politics due to their opposition of Trump and their insane love for all things Hillary. But to see it in black and white is just astounding. As the brilliant Andrew Branco notes: 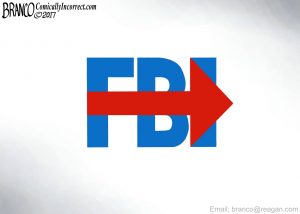 The resistance was definitely WITH Hillary Clinton. So much so that they threw national security and Americans under the bus. President Trump is correct. They should be ashamed of themselves and should be facing charges.