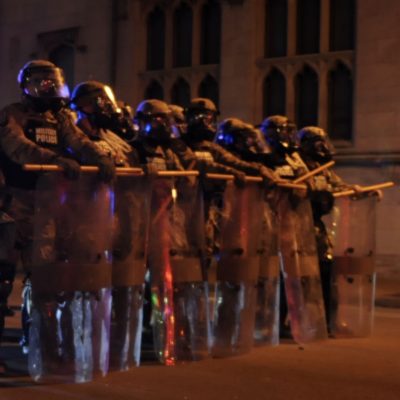 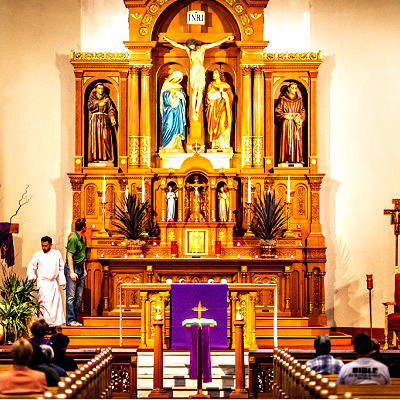 President Donald Trump is poised to nominate a judge to replace the late Justice Ruth Bader Ginsburg on the Supreme Court of the United States. This is the perfect time to look at the anti-Catholic bigotry in the United States Senate. Knowledge is power.

It is considered likely that Amy Coney Barrett will be the judge who will face scrutiny in the Senate hearings. We already have an example of the anti-Catholic bigotry against her by Senator Dianne Feinstein. You probably remember this one. In 2017, Coney Barrett was having her hearing before taking her place on the Seventh Circuit Court of Appeals, when Feinstein said:

“I think in your case, professor, when you read your speeches, the conclusion one draws is that the Dogma lives loudly within you.

“And that’s of concern when you come to big issues that large numbers of people have thought for, for years in this country.”

Can you imagine if that had been said to a woman of Jewish or Muslim faith? Wouldn’t ever happen. We cannot have that kind of religious bigotry.

Next in the spotlight is Joe Biden’s VP nominee, Senator Kamala Harris and the mouth-breathing, non-sentient nematode, Senator Maizie Hirono. Brian C. Buescher was nominate by President Trump to be the District Judge for Nebraska. Since he as a teenager, Buescher had been a member of the violent terrorist group (sarc) the Knights of Columbus. Here is how the AP reported the questions of Hirono and Harris:

“The Knights of Columbus has taken a number of extreme positions,” said Ms. Hirono, Hawaii Democrat, citing the group’s opposition to same-sex marriage. “If confirmed, do you intend to end your membership with this organization to avoid any appearance of bias?”

Ms. Harris asked Mr. Buescher, who became a member 25 years ago as a teenager, “Were you aware that the Knights of Columbus opposed a woman’s right to choose when you joined the organization?”

Mr. Buescher, who said he would abide by the Code of Conduct for U.S. Judges regarding his affiliations, said his participation has centered on “charitable and community events in local Catholic parishes.”

“I do not recall if I was aware whether the Knights of Columbus had taken a position on the abortion issue when I joined at the age of eighteen,” he replied.

Can you imagine a Pro-Life Catholic? Buescher should be more flexible in his Catholicism like Nancy Pelosi and Joe Biden. Catholicism is life a buffet menu. You can choose from the wide selection and ignore the broccoli and Brussel sprouts. I may be a backsliding Southern Baptist, but I know that is not right.

Our third example of Senatorial anti-Catholic sentiment is once again from Senator Kamala Harris. This time her attack on the faith of Judge, now Justice Brett Kavanaugh. We start with Senator Ted Cruz asking Kavanaugh about a case regarding the Priest for Life and their desire not to provide abortifacients. In their case, Priest for Life used the phrase “abortion inducing drugs”. Here is the video:

Cue the outrage. How dare Kavanaugh use the phrase “abortion inducing drugs”.

Kavanaugh chooses his words very carefully, and this is a dog whistle for going after birth control. He was nominated for the purpose of taking away a woman’s constitutionally protected right to make her own health care decisions. Make no mistake – this is about punishing women. pic.twitter.com/zkBjXzIvQI

The next day, Kamala doubled down:

A day later, Harris replied to her tweet with another video that provided the full context for Kavanaugh’s statements. But she then doubled down on her main point: “There’s no question that he uncritically used the term ‘abortion-inducing drugs,’ which is a dog whistle term used by extreme anti-choice groups to describe birth control.”

In a plain reading of the exchange, though, it seems that Kavanaugh wasn’t offering a personal view when he used the term “abortion-inducing drugs” — he was instead using the language of the plaintiffs of the case in question.

Religious tests were anathema to the Founding Fathers. There is no mention of “separation of Church and State in The Constitution. That mention was in Thomas Jefferson’s letter to the Danbury Baptists, who were concerned about religious tests:

Believing with you that religion is a matter which lies solely between man and his God, that he owes account to none other for his faith or his worship, that the legislative powers of government reach actions only, and not opinions, I contemplate with sovereign reverence that act of the whole American people which declared that their legislature would “make no law respecting an establishment of religion, or prohibiting the free exercise thereof,” thus building a wall of separation between Church and State. Adhering to this expression of the supreme will of the nation in behalf of the rights of conscience, I shall see with sincere satisfaction the progress of those sentiments which tend to restore to man all his natural rights, convinced he has no natural right in opposition to his social duties.

Since Amy Coney Barrett is a Catholic, we can expect the anti-Catholic bigotry to be on display, if and when she is the nominee to the Supreme Court of the United States. Be ready. Sharpen your rhetorical swords.