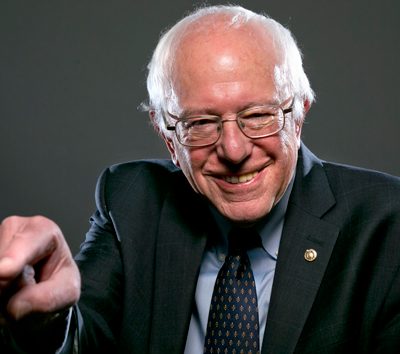 Next post
Quote of the Day: Bread Lines are Awesome 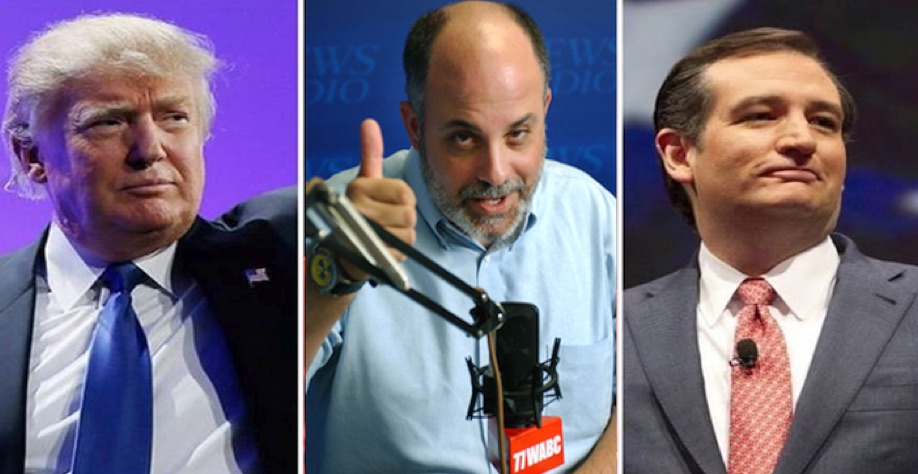 For a couple of months last fall, I was afraid we’d lost the indomitable Mark Levin to the Dark Side. Remember when he was defending Donald Trump’s positions on illegal immigration and halting the flow of Muslim refugees into the United States? For example:

While I don’t necessarily disagree with Trump’s stance on the two issues, I nonetheless saw him for the charlatan that he is soon after he declared his candidacy. So it made my heart sink to hear a man I recognized as a reliable conservative voice praising an obvious demagogue with no core principles posing as a bona fide Republican presidential candidate. Well, in recent months, along with scores of others who’ve seen the light by way of incoherent blustery from a certain New York liberal, it seems Levin, following his brief flirtation with the Empire, has fully returned to the Rebel Alliance. And he wants the Orange Crush, along with Senator Cruz, in a man-to-man debate, a friendly bro-chat between the Last Two Candidates Standing (yes, I’m looking at you, John Kasich). So yesterday afternoon, Levin threw down the ALL CAPS gauntlet:

In a segment on LevinTV, Levin said, “It’s truly a disgrace that Trump won’t stand toe-to-toe and debate Ted Cruz. It’s our loss, and we should continue to demand that he do it. I’d be happy to have them here with any moderator they want or no moderator. And we’ll bring these folk in here, we’ll use this studio — it’s very comfortable — and they can have their debate.”

Senator Cruz has repeatedly challenged Donald Trump to a two-man debate, for months now, to noticeable chirping crickets from the Trump campaign. To wit, from clear back in January:

So why is the Donald refusing to debate Cruz? Is it that he feels no need given his solid front-runner status? Nope. It can’t be that because he’s sinking in a growing pool of quicksand. He’s rattled the proverbial hornet’s nest this past week, starting with comparing the physical appearances of his wife, Melania, and Heidi Cruz, confirming for the masses that he values women primarily based on physical attributes. So he could use this opportunity to clear up his foot-in-mouth disease, especially given that he looks poised to lose Wisconsin today. Not to mention he’s hemorrhaging female voters like an extra-gory episode of the Walking Dead, where one rogue zombie single-handedly annihilates an entire community of post-apocalyptic survivors. Or could it be that Senator Cruz is schooling Big Brain on the fine art of delegate gathering and the Big D fears a yuuuuge, humiliating question on his obvious electoral college dysfunction? Or…ok, there’s no “or.” The truth is that he cannot, without sounding like a complete amateur, articulate his “words” on foreign and domestic policy, his plan on how exactly he’ll deport millions of illegals and compel Mexico to build a wall it has no interest in erecting, or explain his five six seven evolving positions on abortion in a head-to-head with the Captain of the Debate Team. I sure as blazes, to quote Queen Nancy Pelosi, don’t want to “pass it to find out what’s in it.” We made that mistake already. No, I want to hear from them both, one-on-one, sans Sean Hannity’s softballs. The candidates owe us a thorough vetting of the vast differences, and qualifications, between them, not bullying and threats of rioting in the streets if a particular stompy-footed ruffian doesn’t get his way. Anything less is cowardly chicanery, and a definitive confirmation that one of the candidates is an expert at Texas Hold ‘Em, and the other is a perpetual bluffer holding nothing but a two and a seven. So, you’re move, Donny. Will you call? Or will you fold? The Galactic Republic awaits your answer.