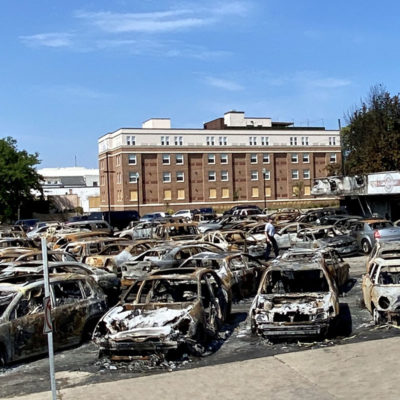 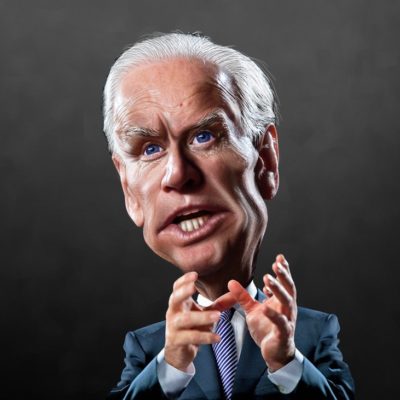 In a rare appearance outside of the basement, presidential hopeful, Joe Biden, took to Pittsburgh yesterday to speak to his supporters to tell them that he is, indeed, a “figure of order”.

Actually, Biden didn’t quite say he was a “figure of order”, he just claimed Trump was not, therefore implying that he is.

The current president wants you to live in fear. He advertises himself as a figure of order. He isn’t — and he’s not been part of the solution thus far. He’s part of the problem.”-Joe Biden

Biden delivered (very) prepared remarks, questioning why anyone could possibly believe that a second Trump term would bring an end to the violence in U.S. cities or make anyone feel safer in America — when in reality the president “sows chaos rather than providing order”.

The scripting drones on, claiming Trump “fomented” violence. That violence “does not bring change” and that violence will “but destroy businesses, hurt working families and divide the country”.

Like COVID-19 lockdowns brought on by Democrat mayors and governors? Like anti-police riots that are also anti-Trump? Trump denounces the violence and utters the words “law and order”, which in Democrat speak, obviously means to their supporters, “go out and riot”. Now we have this:

These lawless individuals will also take it upon themselves to head to the home of said city mayor and riot and protest there after said city mayor shows them support. The figures of order in our cities have no control. There is no order.

Do I look like a radical socialist with a soft spot for rioters? Really? I want a safe America. Safe from COVID. Safe from crime and looting. Safe from racially motivated violence. Safe from bad cops.”-Joe Biden

Che Guevara, radical Marxist, Biden resembles not. He’s nowhere near as abrasive as Trump. But Joe Biden wants to be 2020’s figure of order. He may look like he is lost in the sauce but he’s got a plan, man. And he can be that figure of order president based on just his sheer charisma alone. After all, he was vice-president to Mr. Selfie, Barack Obama. This should automatically write his ticket into The White House, don’t you think? And all of those people interviewed for the Democratic National ZOOM Meeting? Well, they said he’s one helluva nice guy. He’s so nice, but he won’t harbor that soft spot for rioters or propose radical socialist ideas. Nope. He’ll smile, read the teleprompter and leave that to the rest of the Democrats that flank alongside of him, ready to swoop in like the vultures that they are. Radical socialist with a soft spot for rioters? C’mon man! If you think that, you’re a lying, dog-faced, pony-soldier!

I urge President Trump to join me in saying that while peaceful protest is an important right — violence is wrong. Period.

If he can’t say that, then he is unfit to be President. https://t.co/W4sjpF0Z3V

Figure of Order, Joe Biden and his campaign staffers bailed out rioters in Minneapolis. Lesson learned? For some, maybe. For others, they have traveled from city-to-city, inflicting chaos and violence on others who cross their path and destroying businesses in their wake.

What was that about promising violence? pic.twitter.com/2jIoHs3ZBS

The figure of order whose ability to eff things up cannot be underestimated. Perhaps I am being too harsh. Our country is ailing. In truth, Donald Trump won the election in 2016 and the left has thrown their epic temper-tantrums ever since. The far left and their supporters are like the petulant toddler who kicks, screams, throws projectiles and who basically stops at nothing until his parents are worn-down and so bloody exhausted, they finally just give in. This is the strategy. Want a cure to COVID-19 and it’s lockdowns? Vote Figure of Order, Joe Biden. He has no idea how he’ll put an end to the epidemic but he’ll listen to the scientists. Want an end to violence on the city streets and want to see more racial justice? Vote for Biden. Again, he’ll fix this with police reform. Figure of Order, senile, old, Papa Joe will come in and give America the figurative hug it needs. Or a good grope, the choice is yours.