Next post
Gaslighting Goes On Despite New Voting Irregularities 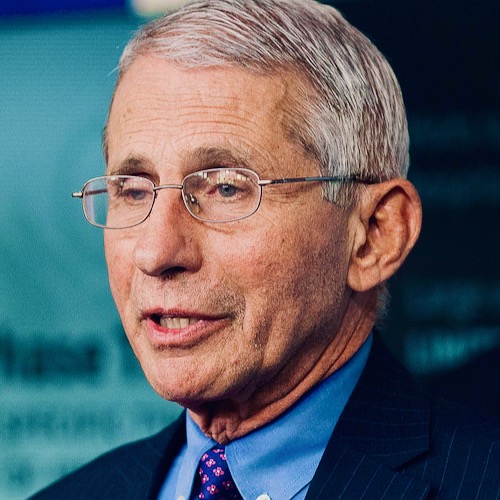 “Anthony Fauci, the nation’s top infectious diseases expert, said Sunday he did not expect the death toll from the coronavirus to be so high in the U.S.

“There is no running away from the numbers,” Fauci told guest host Martha Raddatz on ABC’s “This Week.”

“It’s something that we absolutely have got to grasp and get our arms around and turn that, turn that inflection down by very intensive adherence to the public health measures uniformly throughout the country with no exceptions,” he added.”

In other words, he’s claiming that the numbers should’ve been much lower. You know how to tell that Fauci is lying? His lips are moving.

Guess what Fauci. The numbers ARE skewed! There are at least ten deaths in Colorado that have been counted as Covid deaths, when in reality they weren’t. People being shot to death should not be counted as Covid. Period. Folks around the country have had to push back against coroners marking death certificates as Covid when the reality is far different in multiple cases.

There are two very infuriating things about Fauci’s claim that he ‘didn’t expect the Covid death toll to be so high.’

One: Cuomo in New York. He, by his damned executive orders, forced people ill with Covid into nursing homes all over the state. Janice Dean took Cuomo to the woodshed this morning over his nursing home mandate.

“When the nursing home mandate was first issued, the Society for Post-Acute and Long-Term Care Medicine, known as AMDA, had sent out a warning email stating that Cuomo’s order admitting infected patients posed a “clear and present danger” to nursing home residents. Jeffrey N. Nichols, who serves on the executive committee of the group, said, “the effect of that order was to contribute to the thousands of deaths.”

One of the questions I’ve never seen the governor asked is why he never used the patient “overflow” facilities that the federal government provided New York, including the Navy’s ship Comfort, the Javits Center and other makeshift hospitals.

Millions of taxpayer dollars went into running these operations along with doctors and staff at the ready. They instead went empty while nursing homes were packed with patients.”

No matter what Cuomo says, and no matter all the shoutouts Fauci gives to Cuomo, the fact is New York has the highest virus death toll in the nation. Fauci is claiming he didn’t know that the numbers would be so high even as he watched Cuomo willfully decide to NOT utilize the Javits Center or the USS Comfort for Covid patients.

Two: Fauci is blatantly lying and the media, as with Cuomo, won’t question his assertions. Nope, they’ll just swallow it as fact. Fauci said something entirely different multiple times over these last nine months.

Fauci said that on March 15, 2020. As we’ve noted recently, Fauci has been moving the goal posts all over the damned place. Whether it’s the virus itself, vaccines, who gets the vaccines first or last, effectiveness of the vaccines, or lockdowns, Fauci has changed his tune on it all multiple times.

We are supposed to believe and follow what the experts tell us. I lost all respect for Anthony Fauci when he did that damned InStyle interview. I have zero respect and zero confidence in anything Fauci says these days. And I’m not the only one.

In addition to claiming that he is super surprised that the death toll is higher than he thought it would be, Fauci is also continuing to peddle the lockdowns FOREVER! narrative as he did with Chuck Todd in the interview above. Fauci is also claiming that the states roll out of the vaccines is going swimmingly well. Tell that to the people in New York as Cuomo is sitting on well over 350,000 doses!

Last spring and into this summer, supposed virus expert Anthony Fauci blathered on about how millions will die from this virus. Now he claims that the numbers were supposed to be far less than the 352,210 we have today.

This information is certainly noteworthy and the numbers below are certainly interesting.

Just had a revelation. The CDC calculates #'s for seasonal influenza primarily from hospital data: 61K deaths in 2018 from 800K hospitalizations, 22M doctor visits & 44M infections. If we narrow #COVID19 data to: lab-confirmed cases with hospital stays we get: 107K COVID deaths. pic.twitter.com/LaEskAvwyM

Perhaps Fauci inadvertently said a very quiet part loudly? It’s hard to tell because he’s lied about so much these last months.

We were supposed to feel oh so sorry and sad that Fauci didn’t get to spend Christmas with his kids. There are people in hospitals with NO visitors. There are people in nursing homes who haven’t seen their family in nine months! Our kids are being harmed by lockdowns and Fauci whines about not seeing his kids for Christmas. I have ZERO sympathy for this jackass.

Fact is, Fauci needs to take a knee and zip it.