Previous post
Media Want A Falling Out Between Trump and Fauci

Next post
Sanders Endorses Biden: This is Our Shocked Face 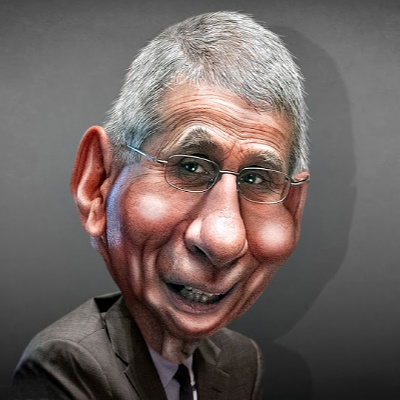 This morning, Victory Girls’ Deanna wrote about the media wishing for a falling out between President Donald Trump and Covid-19 media superstar Dr. Anthony Fauci. Fauci has been getting good press for years, but what is his track record? Ah, there is the rub.

In Deanna’s post, she wrote about Trump’s rage-tweeting and the #FireFauci retweet that starting this latest firestorm. Donald Trump has every reason to be fuming about the doctor’s dirty-double dealing ways. It’s not bad enough that Fauci gives ABC’s Jonathan Karl the finger gun after Karl brought in a ChiCom reporter. He tells whatever story he thinks will curry favor with the media at any given time. Like when he talked to Al Sharpton (Right?) on MSNBC yesterday. Here is the video:

So, the doctor knew back in mid-January that the WuFlu was bad, but he got incredible push back from the White House. Except that is not true at all. As the great investigative journalist Sara Carter reported, Facui said that Covid-19 was no big deal in January and February of 2020. From her article:

Dr. Fauci has backtracked on his original message. He now says the U.S. has yet to receive the worst of the COVID-19 outbreak. He has even encouraged a national shutdown after telling NBC in late February that Americans should go about their normal lifestyles.

The infectious disease specialist rewrites history to serve his own ego.

Speaking of rewriting history. Dr. Fauci first came to prominence during the HIV/AIDS epidemic. Although now he is considered a hero of that fight, that’s because he played the media then, too. American Greatness had an interesting take on Fauci last month:

Indeed, we always fight the last war. For Fauci, that war is HIV/AIDS. It was not for nothing that Larry Kramer of ACT UP called Fauci “an incompetent idiot.”

Kramer may have been too kind. Let’s look at Fauci’s public utterances in his very long career at the National Institute of Allergy and Infectious Diseases.

Fauci allowed himself to be bullied by HIV/AIDS activists, once claiming at a conference that researchers “do not have a lock on correctness.” (Contrast that with now, when he believes that we should follow everything public health authorities say.)

And, he manipulated the press then:

Then, as now, Fauci mastered manipulating the press. He quickly dismissed other scientists with ad hominem attacks, claiming that the risk to the general population of HIV/AIDS was orders of magnitude larger than it actually was. In fact, HIV/AIDS transmissions in the United States outside of the intravenous drug user and homosexual community remain extremely rare.

Fauci first scared us with the hundreds of thousands who would die from Covid-19, told us face masks wouldn’t help and then would help, publicly scoffed at the Hydroxychloroquine/Zpack cocktail and now wants to keep us confined to our houses past April 30.

As noted in several articles, experts never pay a price for being wrong. Experts, like Fauci, just go on to the next crisis. Trump may not want to fire Fauci. I want to fire him.