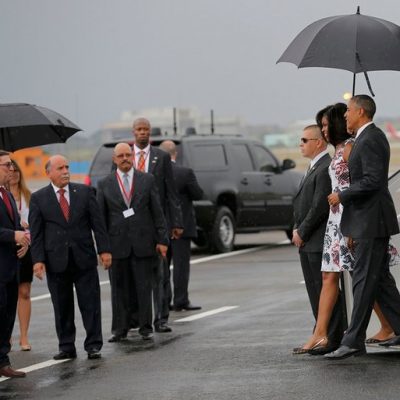 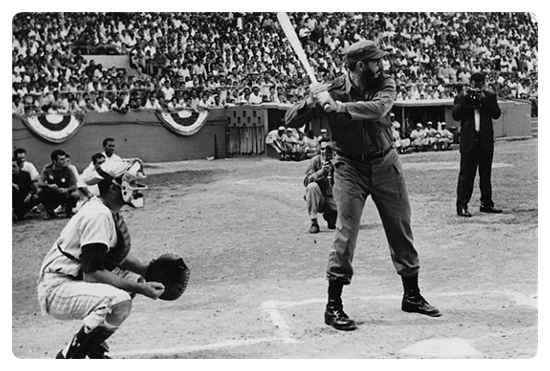 The Obamas are now in Cuba, and ESPN SportsCenter probably thought they would get into the swing of all that kumbaya swirling around the first couple’s visit to that island paradise.

So ESPN posted a puff piece video on how dear Uncle Fidel might have been a tad bit oppressive, but the old boy sure did love him some sports! After all, Cuba didn’t win any Olympic games until 1972, when Fidel was at the helm! So Fidel was good for Cuba!

ESPN also tweeted out an equally fawning comment. However, after catching all sorts of flak for the tweet, ESPN deleted it, but, as usual, the internet is forever. Here’s a screenshot.

Well, surprise, surprise — lots of Americans didn’t feel the love ESPN has for Fidel. Here are comments from the ever-witty and ever-caustic David Burge at @iowahawkblog:

Others chimed in as well.

WHo cares he directed 10k assasinations?
He likes beisbol!
You disgust me espn https://t.co/CfeDXV4Bhk

@SportsCenter "Harsh Communist Dictator…But, he loved his sports! What a guy! Give him an ESPY for courage!" – ESPN

One wonders if ESPN were around in 1936 they would’ve been “honored” to co-produce this film with Leni Riefenstahl.

Forget Godwin’s Law. Sometimes the reference to a certain genocidal dictator with a funny mustache is the perfect demonstration to show what jackwagons the liberal media can be.