Previous post
Democrats: The True Stain On The Nation's Soul 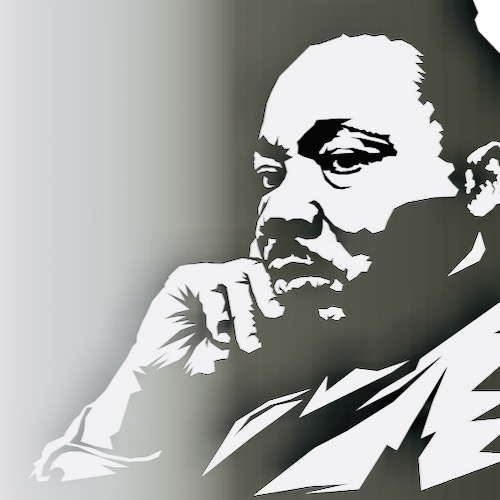 Critical Race Theory is now being pushed at us from all sides. The problem with this “theory” is that is a full promotion of discrimination and racism. It’s an insidious load of claptrap that is and will create MORE division in this country, not less.

Lots and lots of big sounding words, right? Here’s the problem with this. Critical Race Theory is already in our classrooms and it is causing major problems. Why? Because our kids and college students are being taught that A. if you are white you must apologize for your God-given genetics and acknowledge your racism. B. Students are also being taught that EVERYTHING they learn must be viewed through the lens of racism, even MATH. You see, 2+2=4 is somehow a racial construct that white people have forced on everyone else.

Did your head just explode? Just wait, there’s much much more.

A math teacher in New York City spoke out against the mandated teaching of Critical Social Justice (Critical Race Theory essentially), and has been placed on leave. Why? Because his words caused “harm to uniformed vulnerable thinkers.” Yet the same school admitted that yes, it is demonizing and intimidating white students for being…white.

A parent at Brearley School in Manhattan wrote an amazing letter to the entire school as to why Critical Race Theory mandates have caused them to remove their daughter from school. Read it ALL.

Any new hires or current professors and staff at the University of Texas MUST fall in line with the newly mandated “diversity, equity, and inclusion” plan. Which is essentially a litmus test where those who are white may very well be relegated to the back of the bus.

A “student success” conference at Michigan State can only be successful if students are segregated by SKIN COLOR. Same with Carleton College and many others.

Now Biden wants to continue this push from the federal level.

“In turn, racially, ethnically, culturally, and linguistically responsive teaching and learning practices contribute to what has been called an “identity-safe” learning environment. According to the authors Dorothy Steele and Becki Cohn-Vargas, “Identity safe classrooms are those in which teachers strive to assure students that their social identities are an asset rather than a barrier to success in the classroom. And, through strong positive relationships and opportunities to learn, they feel they are welcomed, supported, and valued as members of the learning community.” [4]”

Except that this push will discriminate and marginalize every student who does NOT fit nor bow to the identity criteria pushed on them by the schools. All in the name of ensuring that the spread of “misinformation” is halted and the “right” education is taught to our kids. All of this emanates from several sources. In particular this comes from the  insidious 1619 Project.

The 1619 Project lies about our nation's history and about capitalism, while Kendi promotes a dictatorial "Department of Anti-Racism" which would have no political appointees, so divorced from the consent of the governed. 3/X https://t.co/keqa3FyjU5

What could the possible outcome be from shoving this dreck down our kids throats? Revamping our public education, especially civics, in order to be culturally responsive teachers. The result of that, as the dad at Brearley stated, will be teaching our kids WHAT to think instead of HOW to think.

Businesses, the media, and federal agencies get woke and discriminatory:

The VA now is engaged in wokeness and diversity. This was being pushed by Chief Human Capitol Officer Jessica Bonjorni before President Trump put the hammer down.

First of all, the VA needs to be solely about taking care of our veterans. Period. Not according to Jessica.

According to a source who reached out to PJ Media, Bonjorni brought her woke, critical race theory politics to the VHA last summer via email communications and unrecorded “open forums” in which she slammed America and promoted the divisive doctrine.

“It began in June 2020. As riots swept across the country in the wake of George Floyd’s death, Bonjorni — who heads a large department within the VHA — convened the first forum online on June 12, 2020. According to the source, the first and subsequent open forums became vehicles for Bonjorni to express her belief in critical race theory. Bonjorni also expressed her intention to make critical race theory part of her management at the VHA.

Read it all. Again, this is divisive and will create MORE problems than it will solve for the VA, which has already had SO many problems with patient care. This critical race theory horseshit will cause distinct harm to our veterans. Does Jessica care about that? NO.

Navy Federal Credit Union is looking for diversity officers. Oh joy. What will that person do. Push for people of color to be hired over more qualified candidates who might happen to be white? It’s already happening in companies around the country.

Disney and TCM among others are reimagining some problematic movies and passing on scripts that are “too white.”

Fox News Contributor Juan Williams was rejected for a 4-part series with PBS. Why? Because he was the WRONG kind of black. I kid you not.

“And in today’s world of racial niche media, a white TV host recently dismissed me from appearing on his show to discuss race relations by telling me I didn’t qualify because I was born in Panama.

The white host of the PBS-affiliated show, “This is America & the World,” flatly said despite my black skin — and award-winning books on race relations — my place of birth made me a bad fit for a discussion on the racial unrest following the murder of George Floyd.”

I disagree with Juan Williams on pretty much everything, but this was jaw-dropping and highly illuminating. This shows how divisive, discriminatory, and racist Critical Race theory truly is.

Guess who made the cut for that show? If you’d guessed Jesse Jackson along with Maxine Waters, and Al Sharpton…

Evidently THEY are the “right” kind of black. That’s another heinous part of this Critical Race Theory.

And if you want to get really down into the guts of the matter, please take notice that every mandated change in language is not only more muddled, but it takes LONGER to even say.

If the base outcome of the change is to obfuscate and belabor language, then it seems clear that

No longer are you briefly poo pooed. CNN traipses across your lawn to demand why your facebook page hosted Russian memes. Reporters bang on your door to ask why you gave $10 to Kyle Rittenhouse. They come to your homes and businesses, they shut you down and drive you out.

At its core, Critical Race Theory is 100% discriminatory and racist. Segregation is now the norm within that theory. Whites must apologize for their genetics and their politics whether they are political or not. Democrats are applauding and thanking drug addicts who are black while demonizing white people, including themselves if they’d only realize it all in the name of woke and blind adherence to Critical Race Theory.

Critical Race Theory ignores character and qualifications in favor of judging us all according to our skin color. Which is definitely NOT what Martin Luther King and many others fought for, it is…the opposite.