Previous post
Protestors Targeted As "Victims", According To Media 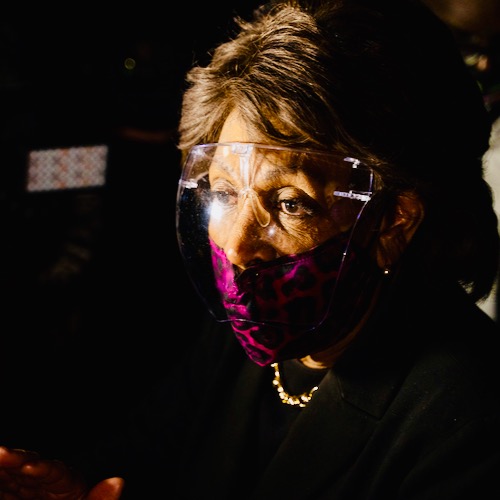 “Get more confrontational.” That’s what Maxine Waters wants those ‘peaceful’ protestors to do in the next days and weeks. Yes indeed, the Congresswoman from California just egged on the rioters last night while “protesting” in Brooklyn Center, Minnesota.

Rep. Maxine Waters calls for rioters to "stay in the street" and "fight for justice" against police unless Chauvin is declared guilty for murder, not just manslaughter.

"We got to get more confrontational. We got to make sure they know we mean business." pic.twitter.com/YVdV8QHfUM

There is no way around it. Maxine Waters is very clearly calling for MORE violence no matter the Derek Chauvin verdict. She did so while grandstanding on behalf of Daunte Wright, who was anything BUT a squeaky clean dude.

“The aggravated robbery charge stemmed from a 2019 incident in which Wright and an acquaintance attended a party at an apartment and were told to leave around 2:30 a.m. by two women who rented the apartment, according to court documents. But the two men said they did not have a ride, prompting the women to allow them to stay the night.

The next morning, one of the women left the apartment to get $820 in cash to pay the other for her share of the rent before leaving for work. The other woman stayed behind while Wright and his acquaintance waited for their ride. Then, the woman alleged that Wright blocked the door and pulled out a handgun “with silver trim out from either his right waistband or his right coat pocket” and demanded that the woman hand over the $820 while pointing the gun at her.”

He tried to choke her at least one more time before leaving without the money. Wright was arrested, but then bonded out on a $100,000 bond. He violated his bail after being found with a handgun in his possession. Furthermore, resisting arrest is a significant reason as to why he is dead.

Yet Maxine Waters stands there in full protest regalia and tells the freaking world that protestors must get MORE confrontational in the coming days and weeks, plus she tells them its totally fine to violate curfew.

“REPORTER: What do you think about this curfew tonight?

Did you get that? Protests are awesome. Curfews? Drop kick them to the curb.

Maxine Water’s very dangerous rhetoric is going to get people injured, possibly killed, and destroy more businesses. Does she care about ANY of that? Not one bit.

The mayors of Minneapolis, the Minneapolis City Council, and Brooklyn Center tried to demand that the police go into a defensive crouch instead of deploying tear gas and other less lethal methods of dispersing the rioters. Minneapolis Police Chief Medaria Arradondo issued a polite but firm NO in response.

“The actions by some on the City Council this morning [are] both unhelpful and uninformed. I have the utmost confidence and trust in our MPD leaders who are out there with their teams during ongoing demonstrations and protests. We encourage and support 1st Amendment free speech and peaceful assembly. However when Individuals or groups engage in unlawful activity we are sworn to keep the public safe and protect property. Less lethal tools will be assessed and utilized by the MPD when necessary.”

Good for him! Quite frankly, with all the unrest and violence going on, SOME type of force is needed to stop the rioters and looters from destroying the city. Especially when MN National Guard units were also fired upon last night by some type of “mostly peaceful” protestors.

Brooklyn Center, Minneapolis, and Portland Oregon are all under attack by BLM and Antifa thugs. What do Democrats do in state governments across the US? Craft legislation that paints the protestors as VICTIMS.

Nike and Apple stores in Portland were looted and set on fire two days ago, even though those “woke” companies gave quite a bit of money to the BLM matter organization.

Breaking: #Antifa in Portland have set the downtown @Apple store building on fire. There was security staff there. The business had only recently reopened following months of nightly rioting. The store also turned itself into a BLM memorial. #PortlandRiots https://t.co/xP1dkEBV6Z

Has Mad Maxine said anything about that? NO. And liberals wonder why regular Americans don’t like riots.

Instead she opens her gaping yawp and encourages that the rioting thugs get MORE confrontational! That’s a call for more violence! SHE is demanding a guilty verdict of MURDER. Anything less than that is unacceptable to her. She made that very clear last night and you can damned well bet that the Antifa and BLM thugs are taking that rhetoric to heart.

If Trump was removed from Twitter AND Facebook for “inciting violence” then Maxine Waters needs to be federally charged and impeached. https://t.co/FecHvtTweB

Indeed. But you and I know that won’t happen. Why? Because the double standard is deep and wide here.

There’s another reason her rhetoric is so dangerous. The Chauvin jury is NOT SEQUESTERED!! There’s a significant chance that any one of them will hear about this before starting deliberations tomorrow morning!

An arsonist throwing a match on a tinderbox of a nation.

Waters sets impossible standard and calls for “confrontation” if it isn’t met.

Maxine Waters once again, by telling protestors to get more confrontational, is tacitly and bluntly encouraging more violence. This time on the streets of Minneapolis and elsewhere. There is really, in my opinion, no other way to interpret her remarks.

The rioting looting thugs, who already know they’ll be bailed out if they are arrested, thanks Kamala, view this as tacit approval of their actions.

The results of these thugs getting “more confrontational” are the full and complete responsibility of Maxine Waters. Period. Full Stop.