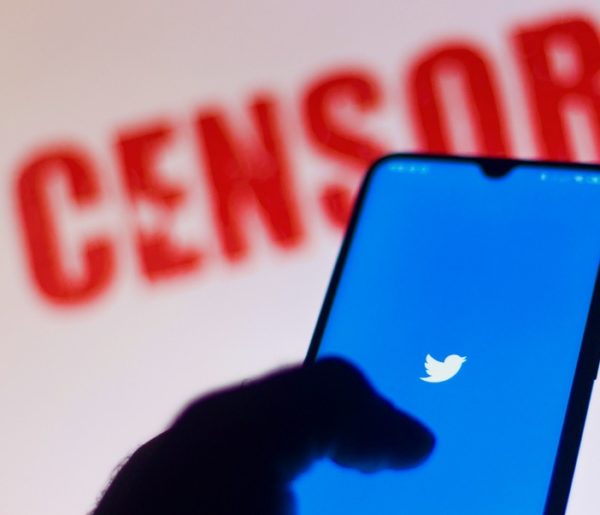 Censorship. That is what Charlie Hebdo and the NY Post have in common. Both must be censored for daring to print the wrong story or cartoon according to the dictates of a few.

In 2015, the Charlie Hebdo offices were attacked and 12 people lost their lives, all because of printing cartoons mocking Mohammed. He must not be mocked, therefore the attacks were justified. Just last month the trials for those responsible for the attacks started.

“The French satirical magazine Charlie Hebdo has republished the same cartoons about the Prophet Muhammad and Islam that prompted a deadly attack on the magazine in 2015, an act that will be seen by some as a commitment to free speech and by others as reckless provocation.

The publication coincides with the start on Wednesday of the long-awaited terrorism trial of people accused as accomplices in the attack — potentially cathartic for a nation that was deeply scarred by that act of brutality. The magazine posted the cartoons online on Tuesday and they will appear in print on Wednesday.”

As The NY Times puts it, this is or could be a serious problem because of the sensitivity concerns involving race, religion, and ethnicity which evidently clashes with freedom of expression. The NY Times should know, they ditched political cartoons last year rather than face any criticism or backlash if a ‘toon goes wrong.

THE NEW YORK TIMES WILL END ALL POLITICAL CARTOONS I just learned, weeks after they published a syndicated Netanyahu cartoon that caused a scandal. For me, this is the end of an adventure that began 20 years ago. But the stakes are much higher. READ HERE: https://t.co/o8y43v88Yd pic.twitter.com/NBH0uyw9Jf

Here’s the deal about that “concern.” If your only recourse to a mocking cartoon is to either blow them up, or stalk a teacher and behead him for having an honest and forthright discussion about the cartoons and freedom of expression.

“Earlier this month, some Muslim parents complained to the school about the teacher’s decision to use one or more of the cartoons as part of a discussion about the Charlie Hebdo trial, French media report.
Reacting to Friday’s attack, Charlie Hebdo tweeted: “Intolerance just reached a new threshold and seems to stop at nothing to impose terror in our country.””

Freedom of expression means discussing all sides, all angles no matter how uncomfortable it makes you. President Macron was correct in his assessment.

It was a terrorist attack designed to make Charlie Hebdo and French citizens back down.

Or, and follow me here, we just allow people to draw whatever the hell they like, no matter whom it offends – Christian, Jew, Muslim, Hindu, Buddhist, etc.

Using violence to shut down free speech, or deciding to back down because there might be violence is censorship. Which solves nothing, but does embolden the censors.

The NY Post and numerous Americans had their own issues with censorship this week. Since they published some major stories on Oct 14 regarding Joe and Hunter Biden, Twitter locked the NY Post twitter feed. FB decided to censor until their fact checkers could swing into action. A significant number of people on Twitter had their accounts locked down or deleted altogether. For hours, people and even government accounts were unable to tweet, share, or even directly link those reports onto the Twitter platform. It was censorship in real time.

“Twitter has refused to unlock The Post’s account unless the news organization deletes six tweets about its own reporting on Hunter Biden’s emails — despite a policy change sparked by outrage over that very same social-media suppression of the stories.

It’s now been four days since The Post dropped the first Hunter Files story, and neither Joe nor Hunter has disputed a single material fact.

The easiest thing they could do is to say, “That laptop isn’t ours, Hunter didn’t send/receive those e-mails.”

Yet they haven’t done that

Instead the Biden family has gone radio silent with the exception of Joe’s lashing out at CBS’s Bo Erickson for daring to ask THAT QUESTION!

Twitter, by engaging in selective censorship, has not only made the story itself a thing, it also reignited the conversation around Big Tech censorship.

Twitter should’ve let the public decide what and what not to believe about the Biden reports. The company didn’t and instead censored those reports. By doing so, Twitter has given the appearance of protecting the Biden campaign while  selectively censoring that which they don’t agree with politically.

Terrorists have tried to censor Charlie Hebdo for years over those satirical Mohammed cartoons. They used violence to do so.

The NY Post publishes news reports that a few don’t agree with, and the publication and scores of Americans were censored.

Both were censored for freedom of speech. Both media outlets refuse to back down in the face of adversity.

There’s a lesson to be learned here. Censorship in order to protect an ideology/religion from satire or to protect a political figure will and should always backfire on the censors.