Next post
Political Correctness and the Twelve Murdered in France 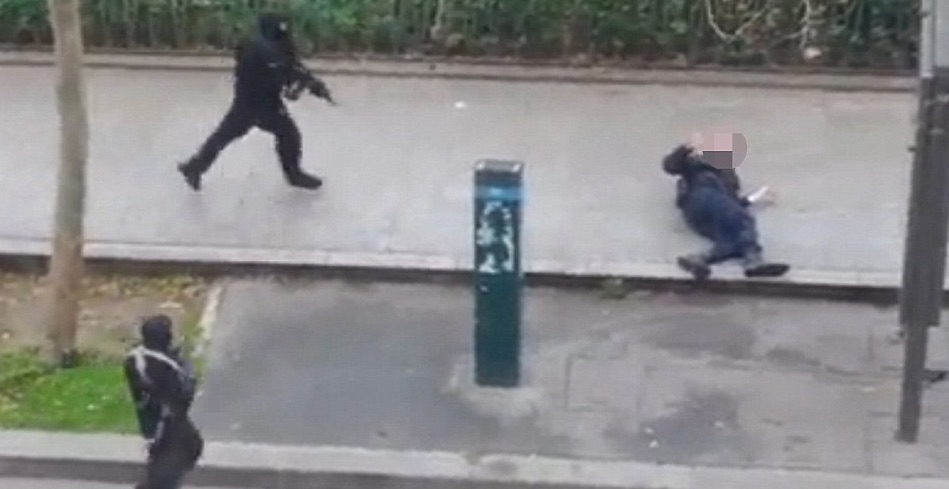 French police are on the hunt for at least three masked Islamic gunmen who stormed the offices of a satirical magazine, Charlie Hebdo, killing at least twelve of its journalists, while shouting the all-too-familiar “Allahu Akbar!” The magazine reportedly often satirized the Prophet Mohammad and Islam, and tweeted out an ISIS joke just an hour before the attack. From SkyNews:

They were armed with Kalashnikov rifles and are also thought to have had a rocket-propelled grenade during the attack on Wednesday morning.

The attackers are believed to have called out their victims by name before shooting them. In one video clip, one of them is heard to shout: “We have avenged the prophet.”

They are believed to have been let into the building by a female employee who was threatened along with her daughter into putting a security code into a keypad to allow them inside….

After the attack, the gunmen returned to their black Citroen getaway car and shouted: “We have avenged the Prophet Mohammed, we have killed Charlie Hebdo.”

The victims of the attack include the magazine’s editor, and eleven other employees.

Guns are banned in France. And in a poll last year, one in six French citizens reportedly said they support ISIS.

Please keep the victims and their friends and family in your thoughts and prayers.

Victory Girls will update with any new information.

UPDATE: [10:00am] The Daily Caller is reporting that, according to an eyewitness, several police officers retreated from the terrorists, because the officers were unarmed.