Previous post
Arkansas Governor Is Next Target For Sarah Sanders

Next post
Roundup Time: Do Not Trust Democrats. Dems Are ... 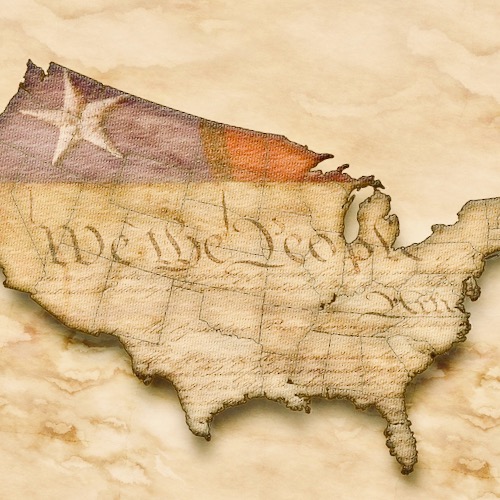 The lone article of impeachment against President Donald J. Trump was delivered to the Senate last evening.

“The House delivered its impeachment article against Donald Trump to the Senate on Monday, setting in motion a trial where senators will decide whether to convict the former president for inciting an insurrection against the U.S. government.”

The article, which you can read in full here, is problematic on a number of fronts. Specifically it is because Democrats are building their case on how people “interpreted” Trump’s words.

“While no final decisions on trial strategy have been made, House impeachment managers are concentrating on building their case around Trump personally — both what he said in the run-up to the Jan. 6 attack and at a rally that day, and how his words were interpreted within the White House and outside of it, according to people familiar with the deliberations.

There are serious Freedom of Speech issues here. The Democrats are literally building their argument around ‘Trump said stuff, and those people stormed the U.S. Capitol in response!’

“It argues that Trump, by falsely claiming that widespread fraud cost him the 2020 election and then encouraging his supporters during a Jan. 6 rally to challenge the results, inflamed a mob that overran the Capitol and disrupted the count of President Joe Biden’s electoral win.”

There are multiple problems with this. First, the House impeachment managers will have to prove that everything Trump said was a direct incitement to those who decided to storm the Capitol. They will have to prove that those who DID enter the U.S. Capitol were emboldened by his words that day. EVEN THOUGH he wasn’t even finished with his speech at the time the first group was going in.

Secondly, House Democrats should have to prove that what President Trump said was far worse than anything said by Eric Holder, Maxine Waters, Obama, and many more. They SHOULD have to prove that what has been said by the media and other Democrats wasn’t as bad as anything that Trump said, even though their rhetoric led one Bernie supporter to go after Republicans and nearly killed Congressman Steve Scalise.

Democrats along with Liz Cheney and other spineless Republicans will have to prove that President Trump’s words were actual incitement and were said in order to produce the very actions that happened on January 6th. Honestly, that’s quite a stretch.

They will have to prove that Trump’s words were a direct call to lawless action and violence. This is where Jonathan Turley steps in. As he notes, what they are trying to do is impeach over reckless words. Which will stifle free speech on so many levels, including their own, which they refuse to realize.

The impeachment of President Andrew Johnson should be a major lesson to the Democrats. You see, he was impeached over numerous issues, but what it boiled down to was the tenth article of impeachment against Johnson.

“But Article 10 focused on Johnson’s public criticism of Congress. It asserted that Johnson brought Congress “into disgrace, ridicule, hatred, contempt and reproach.” In one speech in Washington, D.C., Johnson said Congress only “pretend[ed] to be for the Union,” but was for “only part of the States,” and sought to “exercise [the] power” of a “despotism.” In a second speech in St. Louis, Johnson said that “Congress, factions and domineering, had undertaken to poison the minds of the American people.” In a third speech in New Orleans, Johnson said he was betrayed by Radical Republicans who had “diabolical and nefarious” plans.”

As several members of Congress said then, the President has the right under our First Amendment to “make foolish speeches,” and while the speeches were “improper and vulgar,” freedom of speech should not be repressed.

Yesterday there was the usual political theatre when the Democrats delivered their single piece of paper.

Justice is clearly the goal when a member of the jury is also the judge. https://t.co/bCqAlraaPO

Will Leahy recuse himself from voting when the time comes? I doubt that. Why? Because he’ll do some word salad dance as to why this is a “different kind of court of law” that allows LOTS more latitude.

Republicans should reject any process that involves a partisan Democrat in the chair instead of the Chief Justice.

Two additional things to consider regarding this impeachment circus.

A. In order to prove that Trump’s words were actual incitement, those testifying to the same would be folks such as that idiotic wolf dude, and others. Which would immediately turn the proceedings into a farce.

B. Considering that Trump is no longer President, would he be called to testify??

Whether you like Donald Trump or not, the free speech implications of this impeachment sham for all Americans are chilling.