Breach Of Capitol And Death of Protester Easily Forseen

Next post
Biden And Harris Gaslight Public Regarding Capitol Protests

Breach Of Capitol And Death of Protester Easily Forseen 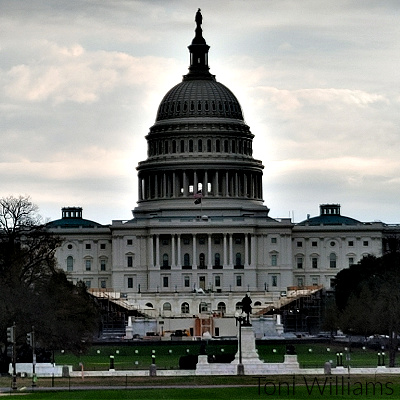 I am heartsick and furious over what I saw happen yesterday. The breach of the U.S. Capitol and the death of protester and Air Force veteran Ashli Babbitt were easily foreseen and preventable events. There is plenty of blame to go around. Let’s take a look at just some of the guilty parties.

Yes, it’s low-hanging fruit, but they started this. From Trump’s Inauguration on January 20, 2017, the media called President Trump an illegitimate President, lauded the Democrats boycotting his Inauguration, and heralded as heroes the vulva hat wearing women who protesting. None of the media condemned Madonna with her fantasy of blowing up the White House.

Worse than all of the above, for the last four years, the Media Industrial Complex has depersonalized and condescended to Trump voters. That will make you angry.

This woman is pure evil. EVIL. She not only depersonalized and condescended to Trump voters, but she held back Covid relief for political reasons, as she admitted. She consistently tried to thwart Trump because he was Trump. Period.

Worse than the above, which is inexcusable, was her theatrical ripping up of Trump’s 2020 State of the Union address. That was an act against every American.

Oh how I used to love Mayor Giuliani. When we lived in Fairfield County, Connecticut, my husband worked in Midtown Manhattan. Rudy Giuliani made New York City safe to be a playground for me and our son. We never worried about being accosted by cretins or Squeegee Men. We rode the subway, walked the streets, played in Central Park, went to every museum and show that we could. It was a marvelous way to grow up. Especially for adult me.

That Rudy is gone. We talk a lot about Joe Biden and his mental decline, but Rudy Giuliani has been showing signs of being off bubble for a while. He has not given wise counsel to President Trump.

Rudy Giuliani, mob fighter and law and order Mayor is gone. Worst of all was his “trial by combat” at the January 6 rally. He whipped up the crowd with those loaded words:

Muriel Bowser is the horrible Mayor of the District of Columbia, and Steve Sund is the Chief of the Capitol Hill Police. The physical breach of the Capitol is on them. Mayor Bowser requested the Secretary of the Army allow her to call up the National Guard, but asked that they be unarmed.

Although the January 6 rally was scheduled well in advance and was given permits by the National Park Service, Chief Steve Sund did nothing to harden the perimeter. Two of my friends, who are supporters of Black Lives Matter, reminded me of the pictures from the BLM protests. Twitter remembered too.

The Capitol steps during the BLM protests. pic.twitter.com/mpNX1VKdxL

Worse than being feckless is being incompetent.

Ashli Babbitt was shot and killed yesterday in the Capitol breach. Accuse me of victim shaming, but I don’t give a fig. Ashli Babbitt should have known better:

Babbitt, a vocal Trump supporter and 14-year Air Force veteran, apparently was shot in the chest Wednesday by Capitol Police after protesters stormed into the Capitol building during wild demonstrations against Congress’ Electoral College vote.

The day before her death, she tweeted, “Nothing will stop us…. they can try and try and try but the storm is here and it is descending upon DC in less than 24 hours….dark to light.”

Mrs. Babbitt swore an oath to uphold and defend the Constitution of the United States. Her First Amendment right to petition the government for redress of grievances does not include a breach of the Capitol. She should have been completely familiar with chain of command.

If you don’t know about the completely moronic Knoxville girl, you should. Knoxville girl went to D.C. for the rally, stayed for the revolution and got maced. Worst of all, she whined about it.

This woman was maced inside the Capitol. She told me, "It's a revolution!" pic.twitter.com/hMKYSzrkue

Oh Donald. You broke my heart. I was down with you until yesterday. I would still vote for you, because…Joe and Kamala are craven, but Donald, why? We know the election was stolen. True fact. You have been let down by the Courts and by your legal counsel. But, whipping up the crowd and then encouraging them to march to the Capitol. No. I can deal with your gruff manners, blunt talk and tweets, but this was the worst thing you have ever done.