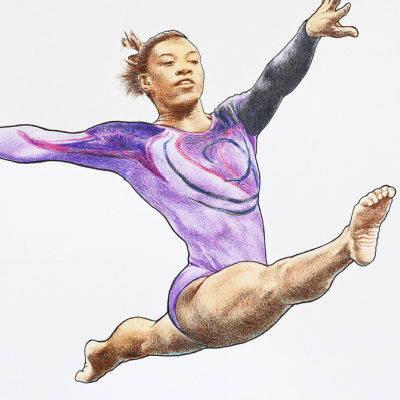 Afghanistan After A Month Of The Taliban In Charge

Afghanistan After A Month Of The Taliban In Charge

It has been exactly one month since Kabul fell to the Taliban, the Afghan president hopped a plane and split, and the Biden administration did a double-blink while on vacation and realized that they had lost the country in a single week.

The chronology of the last month has been a foriegn policy slow-motion disaster reel that highlights both the incompetence and the cruelty of the Biden-Harris administration. (Hey Kamala, you punched this ticket, you will take credit for the ride.) It is little wonder that Biden’s poll numbers have plummeted, or why he is desperate to change the conversation to COVID mandates and trillion dollar budgets. Afghanistan can and should haunt him until his political end, and beyond that. Biden made decisions in Afghanistan – overriding his advisors – that had real-world consequences for real people, and he refuses (at this point) to fire anyone else for it while pointing the finger of blame at everyone else but himself.

Let’s remember what has happened in Afghanistan since Joe Biden stood up on August 16th, the day after the Taliban swept into Kabul, and blamed everyone from Donald Trump to the Afghan military for the collapse of the country.

The United States gave up control of Kabul to the Taliban, even after the Taliban told the United States that we could be in charge of security in the capital in order to get more people out. Biden’s team said no, and then we relied on the Taliban for security – including apparently giving them LISTS of people to look for.

This led to scenes of horror and desperation at the Kabul airport as people swarmed the area, including those who tried climbing on to airplanes and ended up falling to their deaths.

The shutdown of the embassy led SIV holders and others who were desperate to leave to make contact with anyone who they thought could help, with many Congressional staffers trying to get Americans and Afghan SIV holders out with little help from the State Department or the military, as Americans in Afghanistan were told that they were responsible to get themselves to the airport.

This chaos at the airport led Biden to increase troop numbers. The huge numbers were prime conditions for a terrorist attack, which happened when an ISIS-K suicide bomber – due to Taliban “security” – killed eleven Marines, one Navy corpsman, and one Army soldier, along with an estimated 170 Afghans. Biden promised retribution – while still insisting on packing everything up and leaving immediately.

That retribution turned out to be two drone strikes – one that the Pentagon claimed killed a single ISIS-K member, and the other that has ended up looking like a completely and tragically unnecessary killing of a civilian family. The Pentagon refuses to make further comment on it, and Secretary of State Antony Blinken has zero explanation to refute the investigation by media that the drone strike likely killed innocent people.

Sen. @RandPaul: "The guy the Biden administration droned: was he an aid worker or an ISIS-K operative?"

Sec. Blinken: "I don't know because we're reviewing it."

Sen. Paul: "You'd think you'd kind of know before you off somebody with a predator drone." pic.twitter.com/kGWSuTySho

Meanwhile, the evacuation from Afghanistan continued, and on August 31st, the military presence of the United States was gone – leaving hundreds of American citizens behind. The administration refused to say they were “stranded,” continued to blame them for not leaving, and just plain did not want to keep talking about the people who were left behind. Also, they aren’t “hostages,” they’re just not being allowed to leave when they want to.

Antony Blinken was forced to admit that the number of greencard holders left in Afghanistan is “several thousand” during his testimony to Congress. If that doesn’t inspire slack-jawed horror, I don’t know what will. It’s little wonder that both sides are lighting up Blinken.

And with that revelation, among others, I wonder why Secretary of Defense Lloyd Austin is chickening out and refusing to show up to Congress. Senator Menendez – a Democrat – threatened to subpoena Austin to get him to show up. I hope he does.

While the Biden administration continues to dodge the blame (and figuring out what to do with refugees, including the ones who brought in children as their “wives”), Afghanistan itself has realized that the bad old days are back. The Taliban is staffed with terrorists who gave themselves fancy government titles. The economy has collapsed, and the United Nations is now estimating that a million Afghan children could starve to death this winter. Women are shoved back into burqas, killed for daring to hold a “man’s” job, and being beaten in the streets.
https://twitter.com/IhteshamAfghan/status/1437131904181063686
As the Biden administration lamely complains that the Taliban is not creating an “inclusive” government, women are losing their freedom and their lives in Afghanistan. If only the “feminists” of America cared enough to put their stupid pink hats back on and march for the women of Afghanistan. But that would mean criticizing Biden, and we can’t have that.

It’s been a month since the Taliban took over, and a little over two weeks since we left. Is Afghanistan better off without us there? Obviously not. But did Joe Biden care? Not in the least. And he would like you to stop caring about Afghanistan as well. He has better things to do than watch a humanitarian crisis of his making unfold, or worry about the thousands of people with greencards left behind, or be concerned that a drone strike might have massacred an innocent family because he wanted a quick hit to get some revenge for the ISIS-K attack.

Remember, all of those things just make Joe Biden – and his poll numbers – look bad. It would be very inconvenient for him if we kept bringing Afghanistan up and refused to look away from the consequences of his actions. Team Biden and their media accomplices are betting that the American people will forget Afghanistan if they just stop bringing it up, just acknowledge that the Taliban is here to stay, and perhaps he will just lift the sanctions and move on. We, the American public, need to make sure they lose that bet.