Next post
Psaki Fails To Clean Up After Biden's Mess 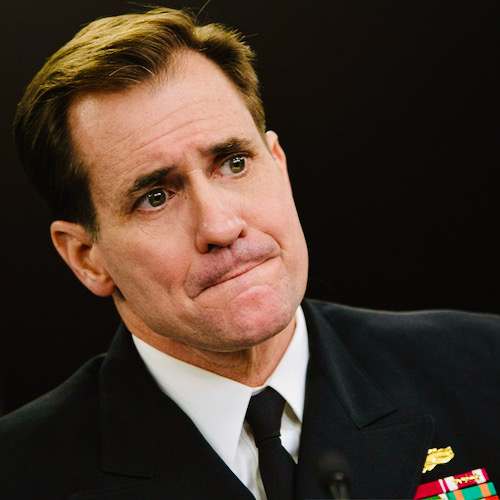 The Pentagon really doesn’t want us asking about Americans left in Afghanistan. By 3:30 pm Eastern time tomorrow, there pullout of our troops and diplomats will be complete. That does NOT include Americans nor the Afghan SIV’s. They will be left behind to fend for themselves.

GOING DARK IN 30: If you’re reading this newsletter at 8 a.m. Washington time, it’s 4:30 p.m. In Kabul. Just under 30 hours until midnight Aug. 31 in Afghanistan. By this time tomorrow morning, there will be less than eight hours before the deadline, and the last of the U.S. troops in Afghanistan may already be gone.

Today, a steady stream U.S. C-17 cargo planes could be seen landing and taking off from the Kabul airport, but the numbers were smaller than in recent days. As of Sunday, there were several hundred American citizens waiting to be evacuated, and U.S. officials were working feverishly to get them out before tomorrow.

But please whatever you do, do NOT question our betters at the Pentagon! When asked about the exact number of Americans left behind, Pentagon spot John Kirby told the reporter to ask the folks at the State Department. Guess what? The LAST time the State Department held a briefing was on August 27th.

We don’t know exact numbers, but by golly we used our plans to do all those fabulous evacuations in the last two weeks, so dammit, Please clap!

REPORTER: "That leaves more than 80,000 SIV's and their family members left behind. Does the Pentagon see that as a success? Leaving 80,000 people, SIV's who worked alongside our troops, behind?" pic.twitter.com/RdwOUJxq3m

Meanwhile, for all those Americans and SIV’s left behind, if you are supposed to rely upon the State Department, I’m absolutely positive that this statement will inspire boatloads of confidence. Right?

State Department: “The Global Coalition to Defeat Daesh/ISIS strongly condemns the attacks that occurred in Kabul… The Coalition and its partners continue to stand shoulder to shoulder, as we did when we fought to achieve the territorial defeat of Daesh/ISIS in Iraq and Syria.” pic.twitter.com/0SDet46RGz

An incredibly asinine tone-deaf statement! This is the SAME State Department who insists, like the Pentagon, that they had NO idea that the Taliban was going to take over the country so quickly. This is the same Pentagon and State Department who decided that closing a major military base and NOT starting mandatory evacuations of Americans at the same time was fabulous idea!

Joe Biden probably thought this Sept. 11, the 20th anniversary of the 9/11 attacks, would be a great moment for his presidency. All American troops would be out of Afghanistan. Our country’s longest war would be over. And he’d be the guy who had the courage to end it.

Instead, we may well have hundreds if not thousands of Americans hiding across Afghanistan, terrified of the Taliban’s barbarism. Remember, the media only reports on Kabul, the Afghan capital, but there are Americans all over the country. And Afghanistan is a big place, full of mountainous areas where people are isolated and tough to reach.

Ten civilians were killed yesterday in a drone strike, but the Pentagon doesn’t want to answer questions about that either. Keep in mind, it’s absolutely right and proper that we asked where that intel came from, but again our betters in the Biden Administration don’t want those questions.

Indeed. There’s a REASON the Afghan people are desperate to get out of their country. Why? Because THEY KNOW the Taliban is hand in hand with Al Quaeda and with ISIS. There’s no distinction between the three. NONE. And that refusal to face facts also led to the needless deaths of 13 American soldiers.

I was told by Joe Biden Al Qaeda isn’t in Afghanistan https://t.co/7iG9vI7oXn

But the Pentagon insists against all evidence to the contrary that they just had no idea the Ghani government would fail so quickly. Which is a complete and utter load of horse shit.

Meanwhile, the Pentagon and the State Department need to answer for this.

Johnson says he has been “receiving reports that contradict the Biden administration’s narrative and are troubling to say the least,” according to an information request obtained by the Washington Free Beacon that was sent on Friday to the Biden Pentagon and State Department. This includes reports that “a group of over 400 individuals including U.S. citizens were turned away at the airport” on Thursday and told by a U.S. military commander that the “rescue is over.”

For an Administration that is supposed to be SO AWESOME at foreign policy and International affairs, there’s a lot of things they don’t know about.

.@JenGriffinFNC: "These ISIS-K fighters or planners you targeted w/drone strikes…were they released from the Bagram prison or from Pul-e-Charkhi prison. Were they known combatants who were inside those prisons?"

Kirby: "I don't think we have that information." pic.twitter.com/QY2NW33USu

This is a huge catastrophic failure by the Biden Administration. It’s very telling about how bad it really is when you have the State Department hiding from the media and the Pentagon keeps telling the world they know nothing about anything.

What the Biden Administration has done, and NOT done, will have repercussions for decades across the world. Leaving an entire country to fed for itself with a terrorist driven government in charge. Fabulous foreign policy you’ve got there Joe! Just swell.