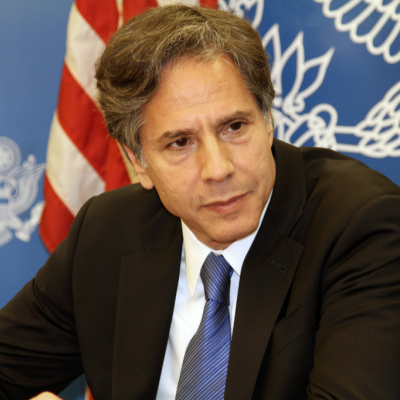 Secretary of State Antony Blinken testified before the House Foreign Affairs Committee. This faculty lounge failure has some ‘splaining to do after the clusterbotch of the Afghanistan withdrawal. The three minute question time per member, and his diplomatic speak (diplospeak), answered nothing and was infuriating.

I was no John McCain fan, but he was on the money in his thinking about Blinken in 2014:

“I rise to discuss my opposition to the pending vote concerning Mr. Antony ‘Tony’ Blinken, who is not only unqualified but, in fact, in my view, one of the worst selections of a very bad lot that this president has chosen,” McCain excoriated Blinken, who was eventually confirmed to the post in 2015.

McCain noted that it was not very “often” that he openly opposed a presidential nominee on the Senate floor, as he believed “elections have consequences,” but he warned that Blinken was a danger to the nation and its service members.

“In this case, this individual has actually been dangerous to America and to the young men and women who are fighting and serving it,” McCain said.

Prescient, right? Blinken, along with Biden, Austin, and Milley, has the blood of Americans and Afghans on his hand. On January 26 of this year, Antony Blinken was confirmed as Secretary of State by a vote of 78-22. In case you are arithmetically challenged, that means that 28 spineless Republicans didn’t challenge this wormy biped. Not even after he gave this opening statement at his Confirmation Hearing:

“We can take on the existential threat posed by climate change. We can revitalize our core alliances—force multipliers of our influence around the world. Together, we are far better positioned to counter threats from Russia, Iran, North Korea, and to stand up for democracy and human rights. And in everything we do around the world, I believe that we can and we must ensure that our foreign policy is actually working to deliver for American working families here at home.”

Not a word about the “existential threat” posed by Muslim extremists.

Blinken’s utterances on Afghanistan before have been, um, lies, as our Shelby noted in her column on his August 31 misinformation conference. His diplospeak then was nothing but lies, lies, and more lies.

Antony Blinken’s opening statement for the hearing was not promising. It’s Trump’s fault. It’s the fault of Congress:

When President Biden took office in January, he inherited an agreement that his predecessor had reached with the Taliban to remove all remaining U.S. troops by May 1 of this year. As part of
that agreement, the previous Administration pressed the Afghan government to release 5,000
Taliban prisoners – including some top war commanders. Meanwhile, it reduced our own force presence to 2,500 troops.
In return, the Taliban agreed to stop attacking U.S. and partner forces and to refrain from
threatening Afghanistan’s major cities. But the Taliban continued its relentless march on remote
outposts, checkpoints, villages, and districts, as well as the major roads connecting the cities.
By January 2021, the Taliban was in its strongest military position since 9-11 – and we had the
smallest number of troops on the ground since 2001.
As a result, upon taking office, President Biden immediately faced the choice between ending the
war or escalating it. Had he not followed through on his predecessor’s commitment, attacks on
our forces and those of our allies would have resumed and the Taliban’s nationwide assault on
Afghanistan’s major cities would have commenced. That would have required sending
substantially more U.S. forces into Afghanistan to defend ourselves and prevent a Taliban
takeover, taking casualties – and with at best the prospect of restoring a stalemate and remaining
stuck in Afghanistan, under fire, indefinitely

That same tired false dichotomy. Meeks gave away the game immediately. There is no way to get out of a twenty year war without chaos, he said. These people make the roots of my hair hurt and my eyes roll so hard I cannot see.

Although Blinken assented to Chairman Gregory Meeks request that he stay to answer all members’ questions, since each member was limited to THREE MINUTES, it’s all bullshite. The member will either have to filibuster or ask a quick question and let Blinken diplospeak.

Further along in Blinken’s opening statement, he said that there was no way of knowing that Afghanistan would fall apart as fast as it did. Then why did Joe Biden ask President Ghani to lie, excuse me, “change perceptions” in their phone call on July 23? And, the U.S. is giving another $64,000,000.00 in humanitarian aid to Afghanistan. Can we read that as payola?

Now, Meeks says it’s going to be five minutes for questions and answers. Meeks asked b.s. questions and Blinken gave b.s. answers. Sweet Georgia Brown, Antony couldn’t fight his way out of a wet paper bag that already has a hole in it. And, he just said, yet again, that the Taliban interim government falls short of the mark of inclusivity. Someone hold me back.

McCaul just asked about the 28 orphan girls at the American School of Music who the State Department would not help get through the gate. Antony started giving him a b.s. diplospeak answer and McCaul cut him off. I cannot take this much longer.

Brad Sherman (D-CA) is asking a 12 minute question that is more b.s..

If you have a strong stomach and are not currently armed, you can watch the live feed:

I need to go find a brick wall to bang my head against to ease the pain. I will leave you with this tweet from Lavern Spicer:

Antony Blinken should not be Secretary of State.

He should be in jail worried about not dropping the soap.