Next post
Afghanistan After A Month Of The Taliban In Charge 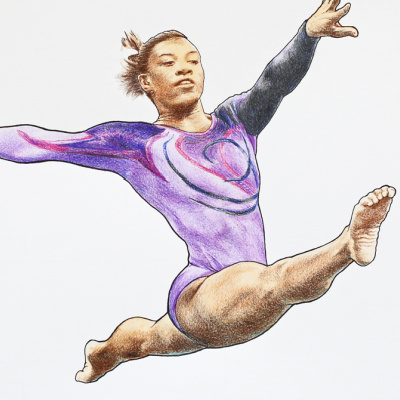 Four of the most elite gymnasts in the world testified before the Senate today. Aly Raisman, Simone Biles, McKayla Maroney and Maggie Nichols testified with courage about abuse at the hands of the gymnastics team doctor, Larry Nassar. Listening to the young women, I was horrified as a mother, as a woman, and as a human being.

For those of you who don’t follow gymnastics, here is the Reader’s Digest version of the story:

Dr. Larry Nassar was the team doctor for USA gymnastics. As early as 1994, a gymnast accused him of sexually abusing her. By the time of his trial in 2018, more than 150 women world-wide accused him of sexually abusing them. In 2015, gymnast McKayla Maroney was interviewed in her room by an FBI agent. She was alone and sitting on the floor. Here is her opening statement from the Senate hearing today:

“What is the point of reporting abuse if our own FBI agents are going to take it upon themselves to bury that report in a drawer?" pic.twitter.com/TOjUSgVx9R

Miss Maroney described the molestation by Nassar in gruesome detail to the FBI agent. She was on the floor crying, the agent was silent and then he asked her, “Is that all?”. I cannot even. Maroney stated that the FBI, USA gymnastics, and the Olympic Committee were actively working to cover up the abuse.

The Senators all loved to tell how much they support the gymnasts. If you watch the video in the above tweet, at 4:30, Senator Richard Blumenthal (DaNang Dick, CT) is flipping through papers and yawns. He cannot even pretend to care.

Simone Biles had a difficult time during the Tokyo Olympics. I got push back when I wrote that Biles wasn’t a quitter; she is the GOAT. Listen to her opening statement from today:

As Miss Biles said, the safeguards made by Congress were the very institutions that let the elite gymnasts down. The fact that the FBI and the sports hierarchy never contacted Miss Biles or her parents before the story got out should make your blood boil. What in the unshirted Hell is going on at the FBI?

The FBI was so busy making up lies about Donald Trump, his family and their associates that they allowed young girls to continue to be sexually assaulted. Not only that but it appeared that the FBI, U.S.A. Gymnastics and the U.S. Olympic Committee, shall I write it, colluded to keep the story from exploding.

DaNang Dick Blumenthal wasn’t the only inattentive to the ladies’ testimony. All four of the elite gymnasts testified that Safe Sport, an organization set up to safeguard athletes and prevent abuse, was not doing its job. Senator Dianne Feinstein’s statements included praising the Safe Sport organization and telling the women it was time to move on.

.@SenFeinstein did you seriously tell these brave women, “I hope this is enough for you, to move on…?” Senator Dianne Feinstein, in this morning’s hearing. How dare you dishonor these women, all women, and the State you are supposed to represent. #shameonFeinstein

Senators Klobuchar and Hirono, single cell, brainless amoebas, fan-girled over the athletes. Most of the men were short and respectful in their comments. Cory Booker was his usual obsequious self. He self-righteously stated that it taken something directly happening to us to trigger our action and empathy. Thanks for nothing, Booker.

Although it was lovely to see the Senators not attacking each other, they will hold this hearing and then talk to FBI Director Christopher Wray and DOJ Inspector General Michael Horowitz. The Senators will then congratulate each other and slap backs. They will have done absolutely squat, but they will feel good about themselves. The brave young women will be left to deal with their abuse as best they can.