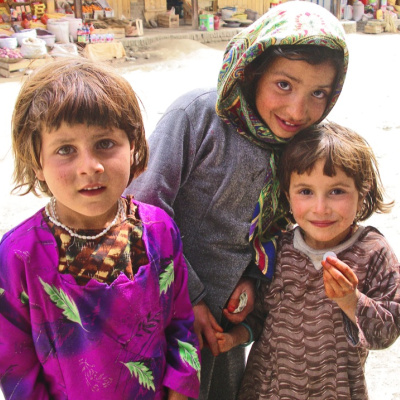 Joe Biden ordered our military personnel to skulk out of Bagram Air Base under cover of darkness. That caused the chaos, death and murder that we saw in Kabul. Now, poor Afghans are forced to sell their children in order to survive. Joe Biden’s famous empathy does not extend to the Afghans and their children.

Afghanistan was a shithole country. We made things marginally better for years at great cost to our country in blood and money. We left in the most disgraceful manner possible. Afghanistan is shitholier than it was before we came.

The Biden minions, the D.C. managerial class, and the coastal elites all make me think of the Tom and Daisy Buchanan from “The Great Gatsby”:

“They were careless people, Tom and Daisy- they smashed up things and creatures and then retreated back into their money or their vast carelessness or whatever it was that kept them together, and let other people clean up the mess they had made.”

Biden, the managerial class, and the coastal elites smash things up and then pivot. Pivot to the economy, Covid, climate change, anything to face up to the messes they make.

I am well aware that life is cheap in countries like Afghanistan. I wrote a post six years ago about the Chai boys and “boy play”. You can read it here. The Afghans have a very different culture, but that doesn’t make their children any less loved than our own.

Because of the way the coward Creepy Joe left Afghanistan, some Afghans have been forced to sell their children so as not to starve. From PJ Media:

“I would prefer to die than be reduced to selling my daughter,” Mir Nazir, 38, told The Times . “But my own death wouldn’t save anyone in my family. Who would feed my other children? This isn’t about choice. It’s about desperation.” Nazir worked as a police officer in the town of Ghani, but lost his job and fled to Kabul with his wife and five children days before the Taliban took over Kabul. Nazir claims that his rent in Kabul is more than his current wages, and his family is hungry.

“I received an offer from a shop owner, a man I knew had no children,” Nazir continued. “He offered 20,000 afghans [Afghan currency, AFN] for my daughter Safia to live with him and work in his shop. If I ever get the 20,000 Afghans to buy her back, he said I could. But I can’t sell my daughter for that low a price, so I asked for 50,000. We are still discussing. She may have a better future working in a shop than staying with me, and the price may save my family.”

The truth is that his daughter might have a better future working in a shop. Although, “better future” in Afghanistan is a relative term. The Afghans have sold their children for generations. This is not new. But, things were better. All people had more choices in their lives. Biden did this.

On the anniversary of the Covid shutdown, Kackling Kamala Harris claimed that his empathy was the hallmark of Creepy Joe’s Presidency:

Today is Friday, September 10th, 2021 and there are still Americans trapped in Afghanistan because Joe Biden abandoned them.

It’s safe to say the Afghans selling their children to purchase food don’t agree about Joe’s empathy. By the way, Joe’s empathy has always been a lie.