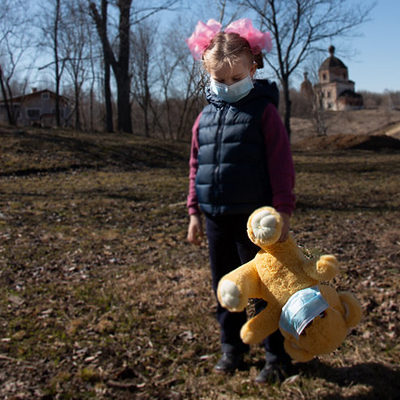 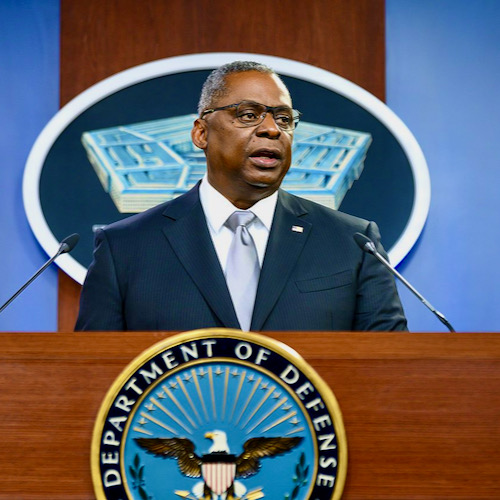 SecDef Austin and General Mark Milley held a briefing at the Pentagon this afternoon. The tap dance was real and the briefing itself was an infuriating disaster.

The Pentagon’s top two leaders said on Wednesday that the accelerating military operation at Hamid Karzai International Airport in Kabul is committed to evacuating all Americans who want to leave Afghanistan, as well as Afghans who helped the war effort and are cleared to enter the United States.

“We intend to evacuate those who have been supporting us for years, and we are not going to leave them behind,” Gen. Mark A. Milley, the chairman of the Joint Chiefs of Staff, told reporters. “And we will get as many out as possible.”

At a Pentagon news conference, however, neither General Milley nor Defense Secretary Lloyd J. Austin III would assure safe passage to the airport for Americans, Afghans and other foreigners now outside the airfield’s perimeter.

This is after both of them insisted that there was zero intelligence available that would’ve foretold that Afghanistan would fall to the Taliban in less than 11 days. Nor would Kabul be overrun in not days, not months, but HOURS.

Gen. Milley on the quick collapse in Afghanistan: pic.twitter.com/bQxERmGJUQ

Yet both the SecDef and the General were adamant that no intelligence of this existed. OH REALLY??

Classified assessments by American spy agencies over the summer painted an increasingly grim picture of the prospect of a Taliban takeover of Afghanistan and warned of the rapid collapse of the Afghan military, even as President Biden and his advisers said publicly that was unlikely to happen as quickly, according to current and former American government officials.

If you read further, what you see is that there was definite intelligence that the Taliban was on the rise. Yet it sure sounds like the Biden Admin wanted to dismiss the info because it was too vague or something. More intelligence started pouring in after Biden yanked our troops out of Bagram in the middle of the night, yet that too was ignored.

So Austin and Milley’s tap dance regarding what they knew and when is infuriating on every level.

A significant portion of the briefing involved the how and when about getting American citizens out of the country along with Afghan SIV’s etc. This is where my blood pressure shot through the roof. Austin and Milley literally implied that Americans are on their own!

When asked about going into Kabul to help gather up Americans, they refused and pointed out that there are at least three entrances to the airport available to them, if they ‘want to leave the country!’ Yes, they said that.

Here’s something that should enrage all of us.

The Biden State Department moved in June to cancel a program overseeing the protection and evacuation of American citizens stationed overseas in the case of an emergency, just as the Taliban was taking over Afghanistan, according to an internal State Department memo obtained by the Washington Free Beacon and multiple sources familiar with the matter.

A program in place to help get our people safely home and Biden shut it down, In JUNE! And, its very evident that there was no other program set up to take it’s place! Furthermore, when Bagram was summarily shut down, and the Taliban started looting the base, the Biden Administration didn’t issue orders to bring people home! Fast forward to today and THIS is how they are handling the situation.

Defense Secretary Austin looks completely stunned when a reporter asks "It sounds like you're saying this depends on diplomacy with the Taliban. That's it."

General Milley interrupts, noting that the State Department has sent messages urging people to go to the airport. pic.twitter.com/xXs4zSipcl

Here’s the thing, it s SO crowded and SO many are trying to get to the airport – that the crowds outside the gate are enormous. People are frantic. As I noted earlier the Taliban gave a press conference chock full of lies. It is highly evident that the Afghan people don’t trust the Taliban. Why else would we see chilling video of people passing their BABIES overhead and pushing them over the gates??!! Or video of people who took the risk of traveling at night in hopes of getting INTO the airport?

But hey! They sent emails and text messages! They sent messages via social media! So, it’s not THEIR fault that Americans aren’t at the airport right now! Oh yes indeed, our government officials are blaming Americans for not acting swiftly enough.

“We communicated with American citizens for weeks, telling them to get out of the country,” Sullivan is reported to have said, per Collins. “We offered financial assistance…Many chose to stay right until the end, and that was their choice.”

Understandably people are wanting to know what SecDef Austin and Mark Milley knew and when. Evidently asking those questions right now is not relevant to the situation.

What IS relevant to the situation is that Austin admitted during the briefing that the clock is ticking and once it’s done, anyone left in country is on their own!

LEAVE NO MAN BEHIND! Evidently that is no longer relevant according to our Woke Generals.

Our soldiers on the ground are in an untenable situation. Americans and the Afghan citizens are even more so. The incompetence of the Biden Administration and the military command is astounding and infuriating.

Austin and Milley NEED TO BE FIRED. As does everyone else who orchestrated this debacle.