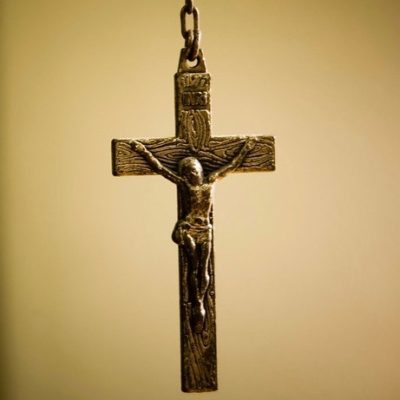 The long-standing arguments against abortion focus solely on individuals and their religious faith. To the pro-abortion crowd, religious faith has become nothing but a scapegoat for those to defer answering hard-hitting questions.

Townhall‘s Katie Yoder illustrates this point harkening back to President Biden’s nominee for secretary of the Department of Health and Human Services, Xavier Becerra, who recently testified during a Senate confirmation hearing. Becerra reminded Sen. Steve Daines (R-MT) Daines that his wife is an OB/GYN who has cared for babies “for decades,” and then said that his mother was praying the Rosary for him and had “blessed” him that morning prior to his hearing. He did not provide any abortion restrictions he may support during this hearing.

I have tried to make sure that I am abiding by the law, because whether it’s a particular restriction, or whether it’s the whole idea of abortion, whether we agree or not, we have to come to some conclusion.”-Xavier Becerra

10 Hail Marys for you. The Holy Rosary in Catholicism outlines the five mysteries-The Agony of Christ in the Garden, the Scourging at the Pillar, the Crowning with Thorns, the Carrying of the Cross and the Crucifixion and Death of Our Lord on the Cross. I’ve done many a rosary during my time in Catholic School as a young girl. Interesting that Becerra brought up his mom praying the Rosary, which outlines the events leading up to death of our sacrificial lamb in human flesh, Jesus Christ, as a blessing bestowed upon him to remain silent on matters of abortion.

Human life must be respected and protected absolutely from the moment of conception. From the first moment of his existence, a human being must be recognized as having the rights of a person.”-The Catechism of the Catholic Church

Even Joe Biden’s press secretary, Jen Psaki, commented on the current President’s faith and how he is a “devout Catholic and church-goer”. Even Pope Francis, who has come out and openly opposed abortion, has also come out to support Joe Biden. And we all know, Joe Biden’s “agenda” is not his, he is in the hands of his puppet masters.

And yet, Becerra, Biden or other Democrats, steeped in their Catholic faith they like to hide behind, could clarify their stance on matters which as this:

I don’t just mean to attack the Catholic Church when it comes to the issues of Catholic lawmakers and abortion. The conversation spans Christian denominations. Last spring, multitudes of megachurches who profess to be Bible-based churches, walked in solidarity with Black Lives Matter, an organization made up largely of Marxist ideology. Hint: Karl Marx was an atheist. Why are our Christian leaders supporting something deeply rooted in racism and atheism?

Some white Christians believe politics and social justice have no place in church. They prefer to sit comfortably in pews, sway to music, and hear sermons that coddle their fragility—messages that don’t rock the boat. They are quick to condemn what they believe to be wrong without every recognizing that they are, in fact, upholding white supremacy by doing nothing. They are dangerous, and they don’t even know it, oblivious that their silence is quite loud. They also believe that by sponsoring African children, using diversity stock photos on their websites, and being nice to people of color (including their ‘one black friend’), they are clearly not-racist. (Ahem, tokenism much?)”-Rachel Garlinghouse, Scary Mommy

And the SILENCE has been quite loud on the matter of abortion in the Christian community. I have seen many (white) evangelical pastors change their profile pictures on Black Out Tuesday, to enjoy a life of (white) privilege playing golf in a luxury destination of their choice weeks later. Sure, all are welcome within the doors of their sanctuary. Tithes are not discriminatory in the least and heck, you’ve gotta appeal to the younger generation somehow if you want to keep a revenue stream that keeps you rolling. Claiming “Black Lives Matter” will score a church of any denomination points in the community but we circle back to ALL human life, the defenseless. If one adopts once political stance or ideology that is somewhat liberal, it is hard to justify others that are conservative and, as a result, unpopular. How many Planned Parenthood locations are “conveniently” located in marginalized communities, again? Can we say eugenics?

No wonder non-believers think Christians are hypocrites! Catholic lawmakers hiding behind a Catholic faith to refrain from answering hard and pressing questions regarding their stance on abortion are not standing up for the most vulnerable. Evangelical pastors claiming to embrace diversity but not attacking the abortion debate firsthand also are not helping future marginalized Americans. We’re not talking about bombing clinics and harassing medical staff and the women who are choosing to enter these clinics. I’m talking about conversations. High-profile politicians of a professed faith and high-profile evangelical Christians are not helping. They have taken God-and His Word-completely out of the conversation. If they honestly believed in God, they would address abortion-not hide from it like the cowards they are.