Next post
Abortion: When Citing Faith Is Not Helping 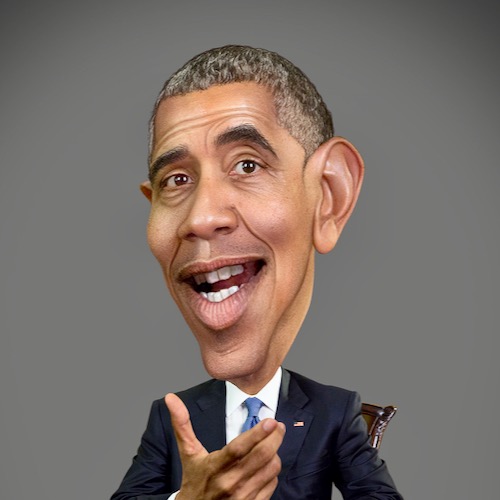 “White resistance,” according to Obama is the key reason why slave reparations weren’t put in place during his eight year tenure at the White House.

During Obama’s new podcast endeavor with Bruce Springsteen, the topic of Bruce’s DWI and the pulled Jeep ad didn’t come up. Instead, after well over an hour of the two of them yukking it up on various and sundry subject, the issue of slave reparations was discussed.

“Obama said he believes reparations are “justified” and that “there’s not much question that the wealth… the power of this country was built in significant part — not exclusively, maybe not even the majority of it, but a large portion of it — was built on the backs of slaves.”

“And what I saw during my presidency was the politics of White resistance and resentment. The talk of ‘welfare queens’ and the talk of the ‘undeserving’ poor. And the backlash against affirmative action,” Obama said.

“All that made the prospect of actually proposing any kind of coherent, meaningful reparations program struck me as, politically, not only a nonstarter but potentially counterproductive.”

Wow. There’s a whole boatload of unity in those statements isn’t there??

Let’s see if we have this correct. According to the former President (love typing that by the way), the sole reason why slave reparations weren’t put into place was because of ‘white resistance” from all of us pesky deplorables. Moreover, since we white people hate affirmative action, that also served to put the kibosh on any meaningful chunk of money getting distributed to those who think they were harmed by slavery.

And when I say “think” I mean exactly that. In today’s demographics, exactly how many Americans can point definitively to their family tree and prove that a direct ancestor was a slave? That number is minimal at best.

Keep in mind, Obama’s stance on reparations was VERY different in 2008.

“These challenges will not go away with reparations,” Obama also said then. “So while I applaud and agree with the underlying sentiment of recognizing the continued legacy of slavery, I would prefer to focus on the issues that will directly address these problems — and building a consensus to do just that.””

Where is all this chatter about slave reparations coming from? In my opinion it started gaining steam again after the execrable 1619 Project showed up at the New York Times, then the Democrats realized they were on the losing side of voters during the 2020 campaign season. After that came the George Floyd riots, Black Lives Matter virtue signaling, a current Vice President signaling she’d “explore the issue” and reparations is front and center again.

As Owens, Larry Elder, and many others point out, who pays for this? Will the Democrats sue themselves in order to fork over the money they claim is due today? Not hardly.

Suppose your great-great-grandfather murdered someone. The victim’s great-great-grandson knocks on your door, shows you the newspaper clipping from 1905, and demands compensation from you. Your response?

Now get this racist reparation bullshit out of your head for good. https://t.co/eYonlgmmSk

And here is an op-ed about reparations by the aforementioned late Dr. Walter E. Williams, written while Full Professor of Economics at George Mason. Those of us who fight for liberty miss him every day.

I will keep you posted. Thank you for reading. https://t.co/yChdpRXDVf

In my grandparents files, I stumbled across a Wall Street Journal op-ed clipping from May 12, 1969. I’ve been unable to find it online, even at the WSJ. What is interesting is the title. The Doctrine of Ancestral Guilt. As the op-ed pointed out, this doctrine is pervasive and untenable, yet we Americans are supposed to walk around the rest of our days with the shroud of guilt upon us because slavery was part of the American fabric for a period of time.

As is pointed out here, John F. Kennedy himself was extremely opposed to slave reparations. In his own op-ed, the late Walter Williams argued that slave reparations don’t solve the issue because A. all the slave owners and those enslaved are no longer living, and B.

“Punishing perpetrators and compensating victims is not what reparations advocates want. They want government to compensate today’s blacks for the bondage suffered by our ancestors. But there’s a problem. Government has no resources of its very own. The only way for government to give one American a dollar is to first — through intimidation, threats and coercion — confiscate that dollar from some other American. Therefore, if anybody cares, a moral question arises. What moral principle justifies punishing a white of today to compensate a black of today for what a white of yesterday did to a black of yesterday?”

The issue of slave reparations will further divide, not bring together Americans. Furthermore, those who advocate for it ignore the very real facts that people don’t want it, and slavery was and is STILL a world-wide issue.

Finally, no single person will benefit directly from slave reparations. No, not a single one will receive a check from the US government. If funds are budgeted, the money will go into a bucket with a committee deciding which group receives what funds…all in the name of fairness.

Obama, it isn’t “white resistance” that has made slave reparations a non-issue. It is the fact that the reparations won’t ever solve the problem, nor magically make slavery and our American history of slavery non-existent. You know that, but are seeking to create more animosity and division, just because you can.