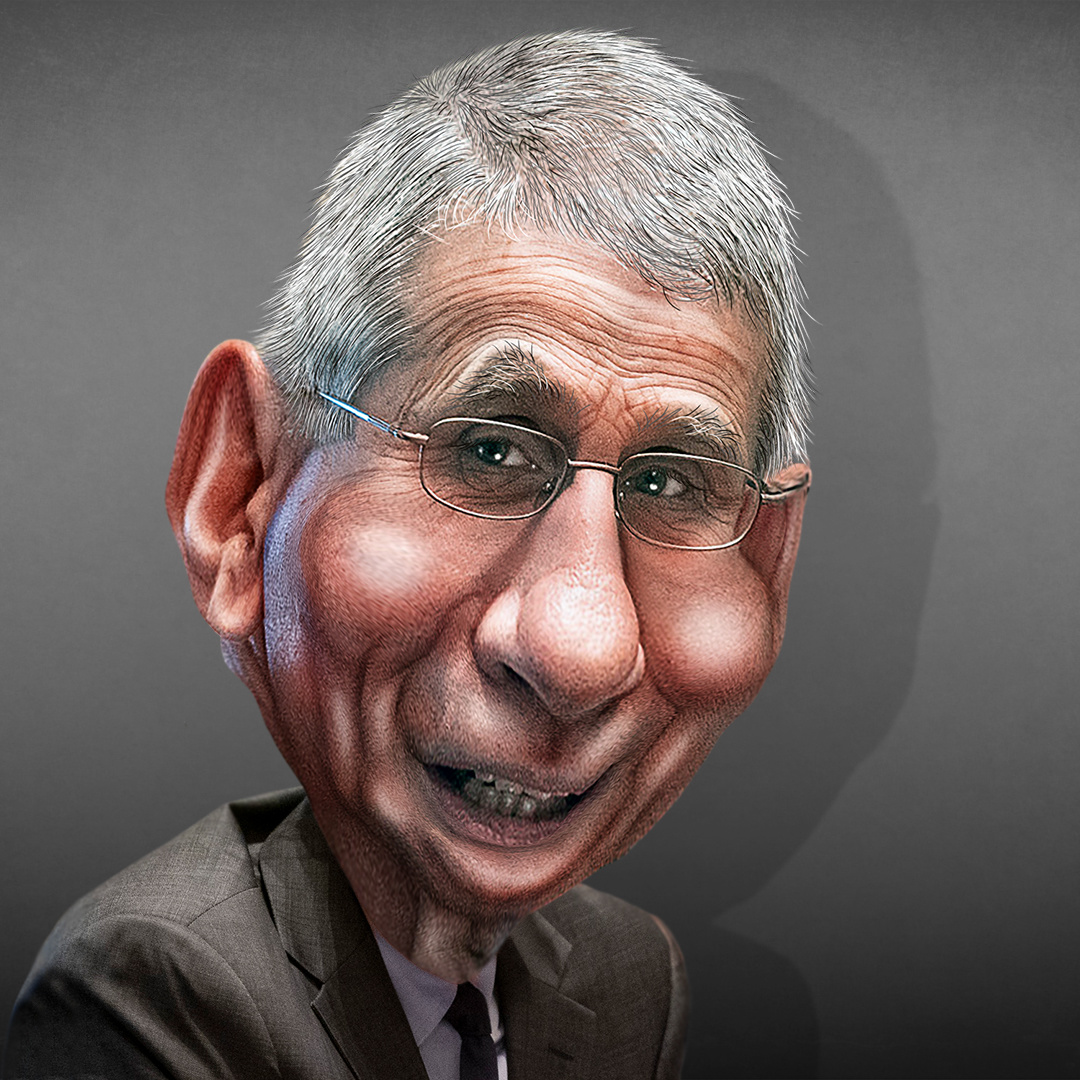 A new Economist/YouGov poll suggests that those who are refusing the Covid-19 vaccine don’t trust Dr. Anthony Fauci, but do trust our 45th President Donald Trump. Why this would be shocking to anyone is a mystery. The poll makes perfect sense and shows rational thinking from the American people. Whether or not to take the vaccine should involve personal choice based on age, life circumstances, and an understanding of Covid-19 statistics.

Fauci has been more wrong than right about everything. In January and February of 2020, Anthony told us that the Wuhan Lung Rot was no big deal. In March of 2020, Fauci told us that those who were vulnerable or infected should wear masks, but the general population need not be masked:

Now people should not be walk— there’s no reason to be walking around with a mask. When you’re in the middle of an outbreak, wearing a mask might make people feel a little bit better and it might even block a droplet, but it’s not providing the perfect protection that people think that it is.

And often there are unintended consequences. People keep fiddling with the mask and they keep touching their face.

Then, of course, we got the “30 days to slow the spread” and mask mandates. Here we are a year later with mask mandates still in place AND several vaccines. Never ever forget that Fauci warned us we would kill Grandma last Thanksgiving, if we all ate together. Instead, Governors locked Grandma in with Covid patients and killed her themselves. They died alone with no service of remembrance.

So, I ask again, why on Earth would anyone trust Fauci?

It’s going to be a long pandemic.

A shocking new poll from the Economist/YouGov shows 51 percent of Americans who do not plan to get vaccinated against COVID-19 are more likely to travel immediately than people who have been or plan to be vaccinated — and they trust former President Trump more than Dr. Anthony Fauci, the director of the National Institute of Allergy and Infectious Diseases.

I, personally, know several people who did everything they were told and still got the ‘Rona.

Despite the vaccines, Fauci is still out selling fear of killing Grandma:

President Trump, on the other hand, assured us that we would have a vaccine within the year. I don’t need empathy from a President, I need cheerful optimism. I need can do all-American spirit.

“Three in 10 Americans who have received at least one vaccinate shot (29%) believe it is safe for them to travel within the United States today,” according to the study published on YouGov.

“By contrast, half of the one in four Americans who reject the vaccine believe it is safe for them to venture out now.”

I took the first Moderna vaccine shot almost two weeks ago. No side effects and no NEW superpowers. The Covid vaccine has a 99% recovery rate. According to the World Health Organization, two weeks after the first shot recipients have a 92% protection:

The Moderna vaccine has been shown to have an efficacy of approximately 92 per cent in protecting against COVID-19, starting 14 days after the first dose.

What exactly am I supposed to be afraid of? Life is dangerous and no one gets out alive. I am thinking of not taking the second Moderna shot. The Marines aren’t exactly lining up to get any vaccine:

Forty percent of Marines are declining the coronavirus vaccine, according to data obtained by CNN.

There has been a 38.9 percent decline rate, but the Marines are providing information to individuals to encourage them to get the vaccine.

“The Navy and Marine Corps are providing substantial educational information broadly, and working with commands to ensure Marines, Sailors, and beneficiaries have accurate information regarding the safety and efficacy of the vaccines to encourage individuals to get immunized,” Capt. Andrew Wood, a Marines spokesman, told The Hill in a statement.

I don’t know. Maybe these young, healthy men and women, in peak physical condition have made a rational, educated choice.

I wouldn’t trust Anthony Fauci if he told me the sky was blue. I took the first shot of my own free agency. I wouldn’t judge any American who chooses not to take a vaccine. It’s a personal choice as an American.