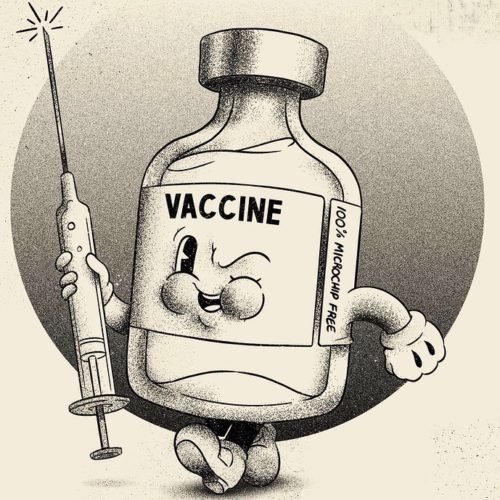 The Federal vaccine mandate draft was (finally) written and submitted, according to a report last night. According to this, The U.S. Dept. of Labor reported the “initial text” of the “emergency temporary standard” for the federal vaccine mandates for private companies employing 100 or more workers has been “submitted” to the Office of Management and Budget as part of the rule process.

This, after a tumultuous weekend of flight cancelations and delays. After months of individuals walking out or being threatened with termination at their place of employment. After individuals have been denied entry into local dining establishments, bars or gyms. We won’t even talk about the countless legal challenges. All of this over a vaccine. But finally, they write it up.

The Occupational Safety and Health Administration has been working expeditiously to develop an emergency temporary standard that covers employers with 100 or more employees to ensure their workers are fully vaccinated or undergo weekly testing to protect employees from the spread of coronavirus in the workplace.”-U.S. Department of Labor

Once OMB concludes its review of the regulation, the emergency temporary standard will be published in the Federal Register, when it will go into effect. The rule will give paid leave to individuals with time to get vaccinated. The idea behind it is to make individuals feel “safe” in the workplace and to have a level of confidence that most of their coworkers are not filthy disease vectors. The rule is also expected to allow companies to use a testing option instead of vaccination should an individual be hesitant to get the vaccine. Not sure how this is going to play out since rapid tests are deemed inferior and some workplaces are only allowing PCR tests as admissible evidence of being able to return to work. This requires individuals to use sick leave (if they have it) or be out of work for several days to wait for the test results. The rule also states that exemptions for natural immunity are not expected to be permitted.

When you make a choice that’s against all public health information and data out there, it’s not based on what is in the interest of the people you are governing.”-Jen Psaki

It’s all because of politics, right, Jen?

Evidence is growing that contracting SARS-CoV-2, the virus that causes Covid-19, is generally as effective as vaccination at stimulating your immune system to prevent the disease. Yet federal officials have been reluctant to recognize any equivalency, citing the wide variation in Covid patients’ immune responses to infection.”-Arthur Allen, Kaiser Health News

Despite natural immunity or even, dare we say, herd immunity, those on the left will continue to say- “those Republican lawmakers and anyone who sides with them are so anti-science”. How dare they interfere with the “greater good”! Before I move on, I would like to say, for the record, that I am a Conservative who has had COVID-19. My family and I were all down on New Year’s Day, 2021. Four months later, (five for my husband) we got the vaccine because of our immunocompromised, elderly parents. My issue is not with the vaccine itself but the government’s overreaching in all areas of daily life to the point of creating chaos in our workplaces, instability in our economy, frustration in our schools and in our communities. This did not have to happen. But it did. Because of politics in 2020.

Recently, I had a conversation with a coworker who is very much left. This guy and I have already gone rounds on socialism. Yesterday, we went rounds on The Scientific Method (hey, he threw it out there first). So, I asked him to outline his “Scientific Method” with observation, reasoning, a hypothesis, research and conclusions and I will outline mine. No kidding, the best he could come up with was “Fauci has been at this a long time. He went to medical school. He did the research. The American public against vaccines just did a Google search.”

Say what? This was his science. To trust the “scientists”-regardless of their political agenda. Yay. Science is real. Please, oh please, do not argue with my reality because I mentioned the word science. Ergo, I am smarter than you.

I mentioned the part of the scientific method where “rigorous skepticism” is considered when making observations, followed by more research, and various research, to come up with conclusions. As best I can tell, research is all over the place on this one. Only some have deemed Fauci as the superior authority of all things COVID. Sadly, most of those who “trust” his science and methodologies without any “rigorous skepticism” tend to gloss over Fauci’s constant changing of positions on masking and his ties to the lab in Wuhan.

This mandate will be touted by the “scientific” community who hangs on Fauci’s every word as “winning”. See? If people just do what they’re told, all will be right in this world Just do your job, Americans. The draft is signed, sealed and delivered. Get a vaccine or test often. Get a vaccine or be put on leave to think about your actions of not getting said vaccine. It makes no difference that you have already made the decision to not get the vaccine. And if you have already fought your way through COVID-19 and are fortunate enough to have a higher percentage of natural immunity, that’s great but it won’t do squat. Why? Because at the end of the day, your large percentage natural immunity to many strains of COVID gives the Biden administration and the Democrats a smaller fraction of the control and they don’t like this.