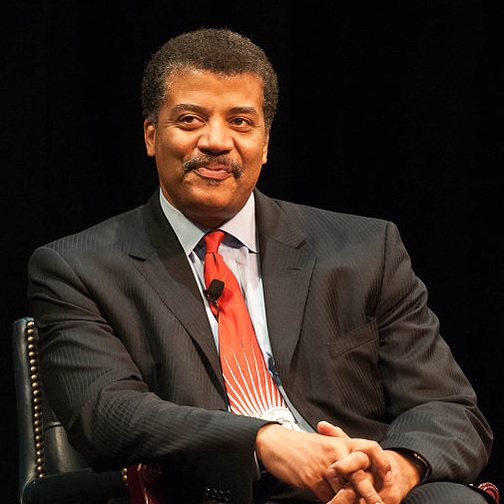 by Deanna Fisher in People 7 Comments

The media likes to laud Neil deGrasse Tyson as a smart man, a scientist, someone with a very big brain who thinks very big thoughts and then shares them out to the little people. And sometimes he shares those very big thoughts over Twitter.

We got a doozy here, people.

Vaccine hesitancy, which was much higher among Republican voters than Democrats during COVID, led to disproportionate deaths among conservatives, and may have cost them the mid-term elections in close races. https://t.co/5IgOZcOaGr pic.twitter.com/AjMJDilvQu

Did Tyson hurt himself with that stretch?

Dear fellow human who identifies as scientist,
CONJECTURE
: inference formed without proof or sufficient evidence.
: a conclusion deduced by surmise or guesswork.
: a proposition (as in mathematics) before it has been proved or disproved.
(Merriam-Webster)
Sincerely,
fellow human

Let’s look at a few inconvenient facts that Neil deGrasse Tyson has decided to ignore just to dunk on the unvaccinated, shall we?

It has now been confirmed that the COVID vaccines never stopped the spread of the virus, as you would expect from a vaccine. Prevention, in both the manifestation of illness and the spread of illness, is why vaccination exists as a tool to combat disease. The measles vaccine prevents you from getting the measles AND spreading it if you are exposed. Same with pertussis. Same with smallpox. There are a few diseases where the vaccination comes after the exposure – like rabies, for instance, as the side effects are pretty strong and only those with jobs in higher risk categories get vaccinated ahead of time. But the COVID vaccines never worked that way, even though they were BILLED as being as effective as any other vaccine on the market. It took the CDC until January of this year to admit that the vaccines weren’t stopping transmission. Pfizer was forced to admit to the European Parliament that their vaccine was never tested for prevention of transmission.

While the media desperately attempted to spin that statement as “lacking context,” we all heard what we heard and can see the data with our own eyes, if we are willing to look. Vaccination was sold to the public as the cure. It was not. So, whose fault is that, scientist Neil deGrasse Tyson? These vaccines did not stop COVID-19 as advertised. Joe Biden is extending the COVID-19 national emergency AGAIN (mostly to justify his insane spending policies). If vaccination was all it took, then what gives?

It is also now projected that the House of Representatives will go to the Republicans with the absolute slimmest of margins. Yes, we were promised a red wave and it didn’t show up. Tyson would like to blame it on voters who died of COVID-19. You know where voters DID die in large numbers from COVID-19? New York, under Andrew Cuomo and his insane order to send COVID-positive patients back to their nursing homes. The numbers of dead elders in New York was so bad that Cuomo and his team attempted to hide those numbers, all while touting his “leadership.” You know what else happened in 2020? The census. As a result of the census, New York lost a House seat by just 89 people. Well, more than 89 people died due to COVID. So, why is Neil deGrasse Tyson not blaming Andrew Cuomo for killing off seniors in nursing homes, costing New York a House seat? After all, with Lee Zeldin at the top of the ticket, New York flipped FOUR seats from Democrat to Republican. As much as anyone else, Andrew Cuomo could be held responsible for the loss of a New York House seat, and its flip from blue to red, giving Republicans control of the House of Representatives. Will we see this level of deep introspection from Neil deGrasse Tyson?

Nope, it’s easier for Tyson to dunk on supposedly ignorant conservatives who didn’t get their vaccine shots as too dead to vote. Hmmm, death has never stopped a Democrat from voting – or even being elected! Shhh. Don’t ask the scientist to think. Tyson thinks he’s making a point. The only point that he’s making is that he’s snarky and petty – and wrong.