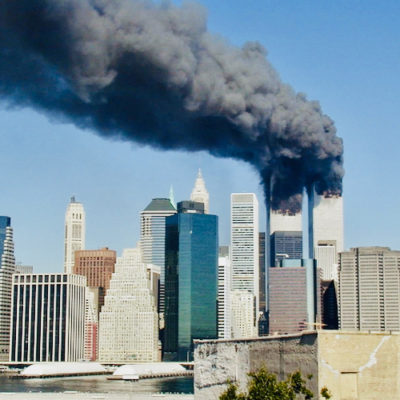 There’s a lot to be said about Governor Andrew Cuomo when it comes to the lengthy, documented, and disgusting report about his ongoing sexual harassment of women around him.

And the sexual harassment issues are the only ones that the media is actively willing to talk about, even though once they air their opinions, they will simply ignore all of the damning details.

Like how the head of the Human Rights Campaign is a former Cuomo staffer, who allegedly took a personnel file in order to use it against one of the accusers.

Like how two of the cofounders of the “Time’s Up” group, which was supposed to be a part of the #MeToo movement, helped Cuomo and his office draft a letter to attack one of the accusers.

Like how Cuomo was creeping on and touching a state trooper on his security detail.

All of that gets swept under the rug of the blanket term “sexual harassment,” and once the media pays lip service and tsk-tsks about how very, very naughty Andrew Cuomo was and he should resign from office, knowing that he will never leave willingly, the media will throw their hands up and say “OH WELL WE TRIED” and then move on to their preferred shiny object (with Donald Trump no longer in office, their target of choice is Ron DeSantis).

What we should not forget, what we never, ever, EVER should forget, is that the buck stops with Andrew Cuomo when it comes to his COVID policy of sending sick seniors back to their nursing homes and care facilities. Their deaths should be laid at his door. And yet, the media is completely silent about that.

You like to ignore the other atrocities @NYGovCuomo has been a part of like pilling over 9,000 Covid positive patients into nursing homes helping to kill them and then covering up the death toll to sell a 5.1 million dollar book. https://t.co/Dn4tcWZ39b

Or worse, tries to sell Cuomo as some kind of hero BECAUSE of his COVID policies, and barely gives the nursing homes a passing comment.

Following a plea for "holy, holy MAGA Trumpers" to shut up, she GUSHES OVER Cuomo as having done "a much better job on the pandemic than Trump," dismissed nursing homes as just one of many "issues," mentioned other GOP men, and implied @atensnut is too kooky to be truthful pic.twitter.com/D0kMyokcMC

This cannot be stated enough. Andrew Cuomo, as governor of the state of New York, had a policy requiring nursing homes to take in COVID positive patients.

He then covered up those deaths with the help of his staff.

He then profited off COVID with a book deal that is still under investigation by the attorney general’s office. It would be a fitting testament to Cuomo’s personal hubris if the book deal is the thing that ends up taking him down, because he didn’t HAVE to write the book/have the book written for him. But he just could not resist the chance to brag about his own awesomeness, as seniors in New York state died by the thousands due to his orders.

While the deaths of seniors should be the real scandal that takes him down, everyone seems to realize that it is the sexual harassment that has the better, politically opportune chance, to take him out of office. With Joe Biden, Chuck Schumer, Kirsten Gillibrand, and other Democrats ready to discard Cuomo, the signal has been sent out to the New York legislature. The impeachment probe is allegedly nearing its close, and there may be enough momentum to actually impeach him.

Which makes the defense by Cuomo’s brother-in-law, designer Kenneth Cole, all the more insane. Cole wants to plead Cuomo’s case BECAUSE of his record on COVID. That’s just sick.

He put COVID patients in nursing homes, and then lied to officials about how many thousands of elderly people died as a result.

And there are many allegations that he was serially harassing women.

But he did make sure you got priority treatment, so at least he's a nepotist too. pic.twitter.com/oRUnj7xzpv

The Bat Signal has gone out, and anyone still trying to defend Andrew Cuomo is either delusional, benefits from him being in the governor’s mansion, or both. Biden’s comments and ActBlue deplatforming Cuomo’s ability to fundraise are the green flags to the New York state legislature. They are now allowed to get rid of Cuomo for whichever reason they choose. It SHOULD be for the thousands of deaths that he tried to hide, and then profit from. Since the Biden DOJ decided to drop the investigation, that would be the smallest amount of justice left to the families of those who died. But like seeing Al Capone sent to prison for tax evasion, New York may just have to settle for whatever it can get.