Previous post
NBA Chickens Out, Kisses Up To China

Next post
Trump Lawyers Get Stay In Tax Returns Case 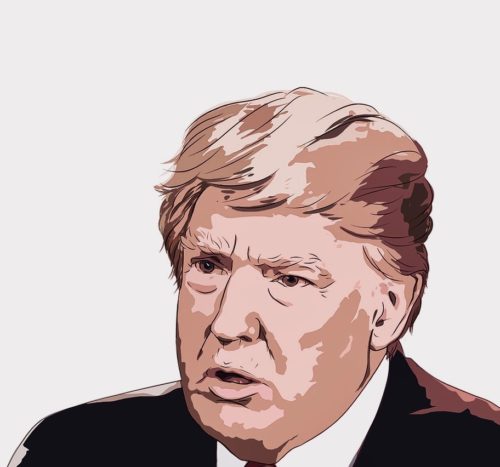 President Trump made a horrible decision regarding Syria on Sunday. He announced that the U.S. will pull out of northern Syria and leave Turkey in charge.

“Today, President Donald J. Trump spoke with President Recep Tayyip Erdogan of Turkey by telephone. Turkey will soon be moving forward with its long-planned operation into Northern Syria. The United States Armed Forces will not support or be involved in the operation, and United States forces, having defeated the ISIS territorial “Caliphate,” will no longer be in the immediate area.”

Jaws dropped all over the place with this announcement. Some with glee because they (the Democrats and media leftists) look at this as a ‘we knew he was an idiot!.’ Others with major trepidation given their understanding of foreign policy, ISIS, and the dangers that Turkey poses to all in Europe as well as Syria.

This article clearly points out how much of an ally Turkey is NOT to Europe nor to the United States. First of all, the Syrian refugee camps that Turkey has been running have not been open to civil monitoring since early 2016. Turkey brags that the refugee camps are housing well over 3 million refugees yet at the same time whines that the money provided by the EU ($3 billion) hasn’t been enough to help the refugees and Erdogan wants it to go to government coffers that he chooses instead of being directed to the Turkish version of FEMA. With that, his response has been to threaten to ‘open the floodgates’ and let Europe be overwhelmed with refugees.

“”We have container cities and tent cities [for refugees]. But there is no humane living there. On the one hand, [the West] talks about humane living; on the other hand, they call our offer of a safe zone ‘beautiful’… [But when we say], ‘Let’s start,’ they say ‘no.’…

“If they do not do [what we are demanding], we will have to open the gates… We have tolerated [housing so many refugees] to a certain extent. Are we the only ones to carry that burden?…

“I am saying this today: We have not got the required support from the world — particularly from the EU — to share the burden of the refugees we have been hosting, so we might have to [open the gates] to get the support.””

Erdogan is hoping that everyone will ignore the fact that Ankara has failed to live up to the commitments agreed upon with the EU in the EU-Turkey Statement & Action Plan.

With this dangerous boneheaded move by Trump, Erdogan is now emboldened to go after the Kurds, whom he abhors, and free all the ISIS terrorists currently being held captive by the Kurds.

Hillary Clinton tried to throw her two cents in. She has zero room to talk about foreign policy gaffes and needs to sit this one out.

Nikki Haley, who well understands that Turkey is not nor ever has been a true ally to the U.S., slammed the decision.

We must always have the backs of our allies, if we expect them to have our back. The Kurds were instrumental in our successful fight against ISIS in Syria. Leaving them to die is a big mistake. #TurkeyIsNotOurFriend

Lindsey Graham sent a series of tweets earlier this morning as well. He points out that this gives Iran (who just lost a major natural gas project with China) a much stronger foothold in Syria. Graham correctly points out that while we may be ‘tired’ of fighting ISIS, terrorists will never be tired of fighting against the U.S., and this move will make it even more difficult to recruit people/entities willing to stand their ground against ISIS and other terrorist groups.

Donald Trump is not a Commander-in-Chief. He makes impulsive decisions with no knowledge or deliberation. He sends military personnel into harm’s way with no backing. He blusters and then leaves our allies exposed when adversaries call his bluff or he confronts a hard phone call.

McGurk and others are correctly pointing out that the United States has never been holding ISIS detainees. The SDF has! Furthermore, McGurk points out that this emboldens Turkey to move its OWN border twenty miles into Syria, thus giving Turkey free rein to run roughshod over not only the Kurds, but Christians as well.

Bottom line: Trump tonight after one call with a foreign leader provided a gift to Russia, Iran, and ISIS. FWIW, I warned of this here in @ForeignAffairs — and recommended alternatives given the hard realities on the ground and in this White House. https://t.co/QHYzI7dgEi

President Trump needs to take one hundred steps back and sit down. He needs to open a discussion with the advisors who are well-versed in Turkey, Syria, ISIS and then he needs to LISTEN. He needs to LEARN.

This was a horrible move by Trump. One that will have serious repercussions around the world unless he steps up and reverses his decision.