Next post
Keeping Our Liberty and Saving Our Republic 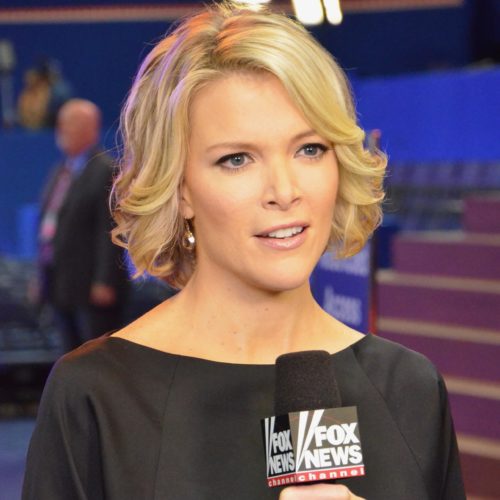 Look no further than MSNBC to spew racial hate, division and female cattiness in general. Enter Tiffany Cross, host of “The Cross Connection” on the (cough) news channel.

Tiffany Cross starts her monologue off by saying she likes to stay “relevant” but will address “irrelevance” and basically take up the air time to address “black face connoisseur”, Megan Kelly, who, is desperately trying to stay relevant in the age of modern (cough) journalism. Tiffany calls Megyn Kelly the 50-year-old bully who chose to attack someone “half her age” with (obviously) more intellect. The person Megan Kelly chose to “attack”? Tennis Olympian who grew up here in the United States but chose to represent Japan (mom is Japanese), Naomi Osaka:

When Osaka understandably blocked Kelly on Twitter, this woman said that Naomi just ‘didn’t like tough questions.’ Such insight from the land of the inconsequential.”-Tiffany Cross

This is the life of a celebrity in the limelight. The ‘tough question’ that caused Naomi Osaka to block Megyn Kelly came after Osaka decided to not grant any interviews during the French Open for mental health reasons. Kelly pointed out (on Twitter) Osaka’s interviews previously granted among other spreads in magazines such as Sports Illustrated. Osaka quipped back and subsequently blocked Kelly. And, thus, a feud began.

There were other theories on why Osaka backed out. Martina Navratilova chimed in. She blocked Megyn Kelly, too.

You were indeed a great tennis player; as a social commentator, eh. FYI, generally not considered a sign you are winning when “block” is your next move. Like running off the court crying. https://t.co/x7Z0PiwfAk

Now, is an individual in the public eye entitled to take mental health breaks? But, in the interest of mental health, is going the reality show route the best decision? If one looks at the landscape of reality TV these days, the “stars” are hardly shy, private, introverted people as Osaka claims to be.

Let’s not forget the cover of (& interview in) Vogue Japan and Time Mag! https://t.co/PAAUEwAVi0

But enough about Naomi Osaka, who packed in $37 million dollars in earnings this past year alone. She could block on Twitter and choose which country to represent for the Olympics (she trained here in the U.S.) and to grant or not to grant interviews all she wants. Tiffany Cross of MSNBC though, ties this to racism. And Megyn Kelly is the “Karen” desperately clawing at women of color to stay relevant.

To all you Karens watching at home, please make a list for your white Santa and pray to your white Jesus for a life, please.”-Tiffany Cross

Nikole Hannah-Jones who has made millions off of Critical Race Theory programs but also demanded unearned tenure at UNC? Meghan Markle, Duchess of Sussex and her $4,500 maternity dress? Gwen Berry who protested the American flag and is endorsed by anti-policing organizations but got the opportunity to compete in the 2020 Olympics to represent the very flag she is protesting? Such oppressed individuals.

Cross goes on to call Kelly “Snow White and The Seven Dumb Takes”. According to her, Megyn Kelly is “benefitting” from the “work that we do”. Sure, it took some work for Nikole Hannah-Jones to be the race-baiting grifter that she is and for Gwen Berry to make it to where she can stand to snub the flag. It even took some hard work for Naomi Osaka to be labeled the one of the, if not THE highest-paid female athlete in the world. But Meghan Markle? What hard work did she do, exactly? She married and slept with a white guy of British royalty and whined about The Queen “and others” questioning the color of their son’s skin to Oprah against a bucolic, mountainous backdrop of a California estate. The mean sister-in-law, Kate Middleton “made her cry“. Doesn’t matter. Cross drones on throwing shade:

But when it comes to us, sista’, stop punching above your weight. You keep asking for the smoke that you really don’t want. You wanna act like a high school mean girl and you will be treated that way. Sit down. Be humble while our left stroke keeps growing viral. Let the grown women speak. You’re not invited to this table. You don’t have the range.”-Tiffany Cross

The striving to be as woke and relevant as one can be is real in the media. This can be seen here when a “news” host, striving to be relevant calls out another news host who she claims to be “irrelevant” in an irrelevant and utterly unprofessional word-salad of hate and idle threats. Who is asking for smoke here?

Someone gives their opinion about someone else’s opinion on a news channel, no wonder we are doomed

If you’re talking to me and calling me a Karen, Tiffany, and asking me to pray to my “white Jesus”, I didn’t hear it. Why? Because I don’t watch MSNBC. You must be talking to your white, liberal Democrat, Chardonnay-drinking Karens in the audience with those stupid “In this House” signs adorning their lawns to welcome the other Karen-moms to their weekly all-white-trans-gay-bisexual-intersectional-androgynous kids’ playgroup/woke-ass book club.

If Tiffany Cross is looking for relevancy in the name of throwing smoke at another woman (regardless of the color of her skin) while making it about the color of her skin, she may want to have some backup to the point she is trying to make other than the blanket accusation of racism in the name of ratings. I mean, seriously, she needs to work another angle. And if she’s as intellectually superior as she likes to think she is to, she should figure out that if she wants to act like a high school mean girl, she will also be treated that way. Dumb takes? Mirror, mirror, on the wall. Watch out for that backhand.