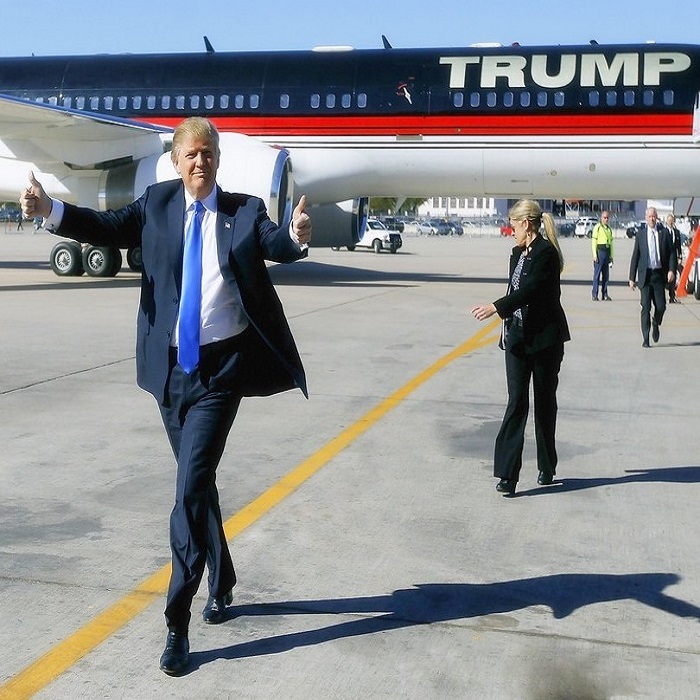 I’m going to say something here that will probably shock… well, just about anyone who knows me: Ron DeSantis is probably the president this country needs after Joe Biden. But I’m ALMOST sure Trump will run for president in 2024. And depending on the circumstances, it could be the best outcome for the country.

Wow, that was more challenging to my psyche than I expected.  I am a Trump-o-phile.  I don’t have a MAGA hat.  I have never been to his rallies.  The only letter I have ever written to him was a short little note last week telling him his current donation texts have been off-putting.  On the other hand, I did spend an ungodly sum of money and flew across the country just to get an orange and white Maine Coon kitten so I could name him Orange Man Bad. That and the life-size cut-out of The Donald give me the bona fides.

I hate the fact that I had to give a dime to the New York Times, but I really wanted to read Michael Wolff’s opinion piece about why he is SURE The Donald is going to run for president in 2024.  I mean, technically I agree with him, but he’s such a little twat that it was like the guilty pleasure of reading the National Enquirer in the check-out line.  You know you are being sold a bill of goods, but it sure is entertaining!  As The Hill points out below, Wolff has been sure of many things.  Many “sure” things are a stretch at best, others are outright fabrications at worst:

“During an interview on Australia’s “Today” show, he was pressed toward the end on a claim he made that he was “absolutely sure” President Donald Trump was having an extramarital affair. “Do you owe the president and the first lady an apology?” asked the host.”

“Just at that moment, Wolff claimed his earpiece stopped working. “I can’t hear you,” he said, after having an entire interview with no audio issues. “I’m not getting anything.” And then he walked off the live interview.”

For a man who has written not one, not two, but THREE books about Donald Trump, I find it hilarious that Wolff say’s in his article, with no irony what so ever:

“This spring, in another of his compulsive bids for attention — indifferent to whether it is good or bad— he hosted me at Mar-a-Lago”

Tucker Carlson’s ribbing of Michael Wolff’s cringe-worthy interview with Brian Stelter on CNN is a case in point.  I am not sure if Wolff or Stelter came out looking worse, but it clearly seems that Wolff uses Trump to feed his own compulsive bids for attention.

Still, the article certainly gave me lots to ponder about today.  Trump has been teasing me and his adoring throngs since his first CPAC appearance in February.  I was there in a VIP seat as he fed the audience the “will I, won’t I” dish we so desperately wanted to consume.  And I assure you, everyone in the audience is more than willing to crawl through glass (again) to re-elect him.  No matter what bull $#!& pundits on the left tell their audiences.  His magic is still very much alive.

However, as I have attempted to share with those who believe I am in a cult, I would vote for someone else in a heartbeat if I truly thought it would be the best thing for the country.  Trump’s magic is not now, nor ever was about TRUMP.  His charisma certainly makes for electric synergy for those in his orbit, much like I hear Bill Clinton could affect.  Instead, Trump’s magic is in listening to a very disaffected group of constituents and actually acting on their pleas.

If that makes him a populist, then he’s a populist.  But he’s a populist that, outside of a few (major) areas, did more for the conservative movement than any Republican president since Ronald Reagan.  And for many, if not most of us, that earns him our undying loyalty.

That said, Ron DeSantis is probably who we really need to run for president in 2024.

And yet… Trump has one big thing to offer the country that Ron DeSantis cannot give us.  A well raised middle finger.  He literally has no more $#!&’s to give.  If he were to run and win (and yes, I know that is a Yuuuuge “if”) he would rightly assume that it is an absolute mandate from the people to push forth on every last one of his MAGA agenda items.

He would not dawdle.  He would not debate.  He would very much be like a bull in a china shop.  And that sounds terrifying.  But is it any more terrifying than what we are watching play out in the VERY SHORT six months of our current Fraud in Chief?   He could and would use every ounce of his unending source of energy to drain the swamp.  To hell with it all, he can’t run again, so he can burn the place down and salt the earth around him.  And in doing so, he might just save this republic after all.

Ron DeSantis, I’m afraid at least, would fall for the trap that both Bushs and each GOP majority congress has fallen for time and again.  THIS time will be different.  HE is the peace broker between the aisles.  But it is a false promise.  I’m sure he realizes it deep in his heart, but DeSantis is just a man like any other man.  He will think that IF he concedes this one inch, they will see he is the adult they always wanted in the room.

But today’s progressive left does not WANT an adult in the room.  THEY want to be the ones to burn the house down.  Not just the house of political corruption and uni-party/global appeasement wallet-stuffers.  The Antifa backing, BLM supporting, CRT loving, anti-Israel, Neo-Marxist Left want to burn ALL of America down.  Or at least every state between California and New York.

And it’s not like the media has given any indication that they won’t vilify DeSantis any less than they have and continue to vilify Trump.  If DeSantis runs for president in 2024, it won’t matter that he doesn’t send mean tweets.

He will still be the next Hitler.

Desantis is such an idiot and ruling Florida like he is Hitler. This has got to stop. #RonBeGone

DeSantis: Schools, feds won’t mandate masks. If they do, he’ll have Legislature ban them https://t.co/r9v9ek7tSN #SmartNews

Or, you know – the trifecta: racist, fascist AND Nazi!

So, if Trump does what I think he will do, he will do his best to play king-maker for the 2022 election cycle.  He will keep his finger held up to the wind and feel it’s direction.  I know he says he’s made up his mind, but let’s face it, even I know he is likely to change it 20 times between now and the time I finish this sentence.  Instead he will watch the outcome of those to whom he gives his coattails. If there is a fairly large swath of new Trump blood in the House and Senate, I am almost sure he will run for president in 2024.

While Ron DeSantis is probably what the country needs, the Progressives and the media (but I repeat myself) will not allow his calm and steady stewardship to steer us where we need to go.  In lieu of that, I’m all in for clearing the deck on all sides, come hell or high water.