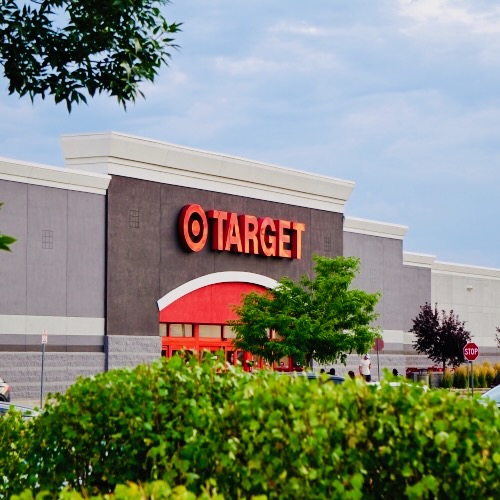 Target is having a bad year. It is partly due to inflation as well as the changing spending habits of customers dealing with inflation. But it is ALSO due to organized theft.

Target stores are getting looted, and it’s taking a huge bite out of profits.

The discount retailer told reporters on a call to discuss its third quarter earnings results that inventory shrinkage — or the disappearance of merchandise — has reduced its gross profit margin by $400 million so far in 2022 compared to 2021.

Isn’t their phrasing choice interesting? Theft and stealing is now defined as “disappearance of merchandise.” How innocuous and bland of a description that is! Check this headline and lede out from ABC News.

An unexpected and potentially ominous pullback in customer spending ahead of the holiday shopping season pushed third quarter profits at Target down 52% after it was forced to slash prices for Americans who are feeling the squeeze of inflation.

Read that again. It is ‘shoppers’ who are forcing price cuts. And yes, many retailers are changing up their pricing, offering multiple discounts and sales in order to get people to purchase. Yes, inflation is a factor as is the changes in what people are focusing on compared to 2020 and into 2021 because pandemic buys are very different from buying patterns in 2019 and now in 2022.

However, a key factor is what Target kind of sort of danced around with during their earnings call. It is the criminal enterprise of organized retail theft that is hurting not only Target, but a significant number of retail stores and grocery stores. Remember this from just a month or so ago?

This is happening all over the country. For their safety, given the sheer numbers of those going in and stealing, store employees are told to stand back and do nothing. Therefore, it’s up to law enforcement to take care of matters, right? How about in all the deep blue cities such as Chicago that are criminal paradises these days? Anyone caught spends little to no time in jail and faces ZERO consequences for their thievery.

Which is a very big reason as to WHY Target’s earnings have cratered. Yet some folks are scratching their heads as they attempt to understand what is happening.

“Why are people stealing these days? That’s a tough one. To some degree it’s a reflection of our times. Simply put, America’s social contract is straining. Until recently we’ve been able to lay out goods—often in mammoth, big box stores with only a handful of employees. When our social contract is strong—i.e people are getting a fair shake—it’s a model that works. Now it seems more people are stealing instead.

Andy, Andy, ANDY! Let me hand you an extremely large clue bat. Whap yourself upside the head a few times. The sign of our times right now is ZERO consequences for the criminal acts of looting and stealing. That went into motion during the George Floyd riots.

And now, Target announces that $400 million has been stolen from their stores in less than ten months.

Target Says It Lost $400 Million To Shoplifting Over Three Months

Keep in mind, that doesn’t include the amount of theft from the time period of summer 2020-the end of 2021. Factor that in, and it is highly likely that that number is easily doubled. DOUBLED.

A report from the National Retail Federation details how goods stolen from stores went up to $94.5 billion in losses in 2021 from $90.8 billion in 2020. The National Retail Security Survey focused on the state of national retail security and organized crime for the industry as a whole. Participating retailers attributed the greatest portion of inventory shrink to external theft, including organized retail crime in the 2021 fiscal year, according to the report. External theft constituted 37% of inventory shrinkage compared to 28.5% for internal theft and 25.7% for process/control failures. Other sources and unknown losses made up the remaining shrinkage.

Yet all the Democrat prosecutors do is give the cretins a pat on the wrist and send them back out the door to steal and loot again.

When there are little to no consequences imposed when, IF, the thieves are caught, it’s understandable that companies such as Best Buy, RiteAid, Walgreens, Walmart, and Target are going to take a hit. However, $400 million is one helluva hit.

And it’s a sign of our times. It doesn’t matter if California has on the books that shoplifters can spend up to six months in jail, or that Colorado has a ten day in jail penalty. If activist district attorneys don’t enforce the LAW, then theft like this is one of the consequences.